The vast interior of the Painted Hall of the Old Royal Naval College at Greenwich is decorated with a magnificent series of wall paintings executed by Sir James Thornhill between 1708 and 1726. Regarded as one of the finest pieces of Baroque decorative painting in England the paintings adorn Sir…

The vast interior of the Painted Hall of the Old Royal Naval College at Greenwich is decorated with a magnificent series of wall paintings executed by Sir James Thornhill between 1708 and 1726. Regarded as one of the finest pieces of Baroque decorative painting in England the paintings adorn Sir Christopher Wren’s and Nicholas Hawksmoor’s original refectory for the New Royal Hospital established by royal charter in 1694 for men invalided out of the Navy.  The paintings embellish both ceilings and walls of the three interior spaces of the Hall (the total area of painted surface is estimated at over 4,200 square metres) with the whole ensemble celebrating the virtues of constitutional monarchy and naval and mercantile power in early 18th-century England.

Paine and Stewart were responsible for designing and implementing a highly ambitious programme of works to attend to the conservation of the paintings (part of a major project to transform the Hall by Hugh Broughton Architects, in partnership with the college’s surveyor of the fabric, Martin Ashley Architects). Two phases of treatment were necessary to undertake this work following years of intense planning, fund-raising and investigation: the first in the Upper Hall between 2012 to 2013 and the second in the Vestibule and Lower Hall from 2017 to 2019. Both required a team of conservators working on specifically designed scaffolds to access the vast expanses of painted surface and other decoration, meticulously conserving the paintings obscured as they were by years of accumulated dirt and dust since their last treatment during the 1950s. The projects were also ground-breaking in terms of visitor engagement, allowing the public unparalleled access to view the paintings at close quarters and observe the conservators at work (81,000 people were recorded as having visited the working platform during the course of the second phase of the works).

The project has won a number of awards, including the prestigious Museums & Heritage Award for Restoration/Conservation project of the Year in 2019 (”A pioneering project in scale, scope and ambition the winner successfully created a once in a life time experience enabling close-up access for many thousands of visitors to this ambitious and meticulous conservation work”), the  2020 Civic Trust Award, two RIBA awards and a RIBA National Award, and has been described in depth in various publications including The Painted Hall: Sir James Thornhill’s Masterpiece at Greenwich, by Anya Lucas, Richard Johns, Sophie Stewart and Stephen Paine (London, New York) 2019. 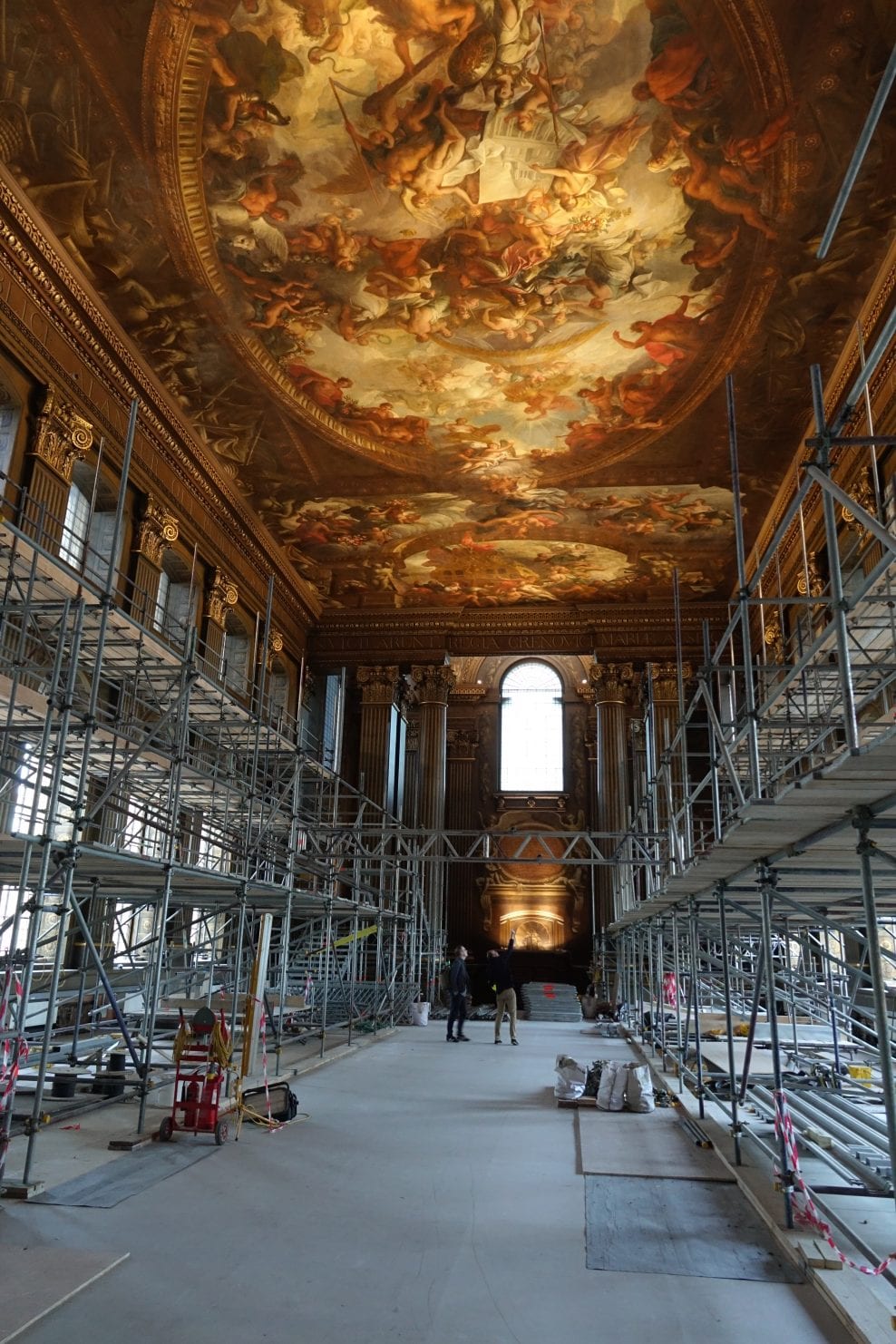 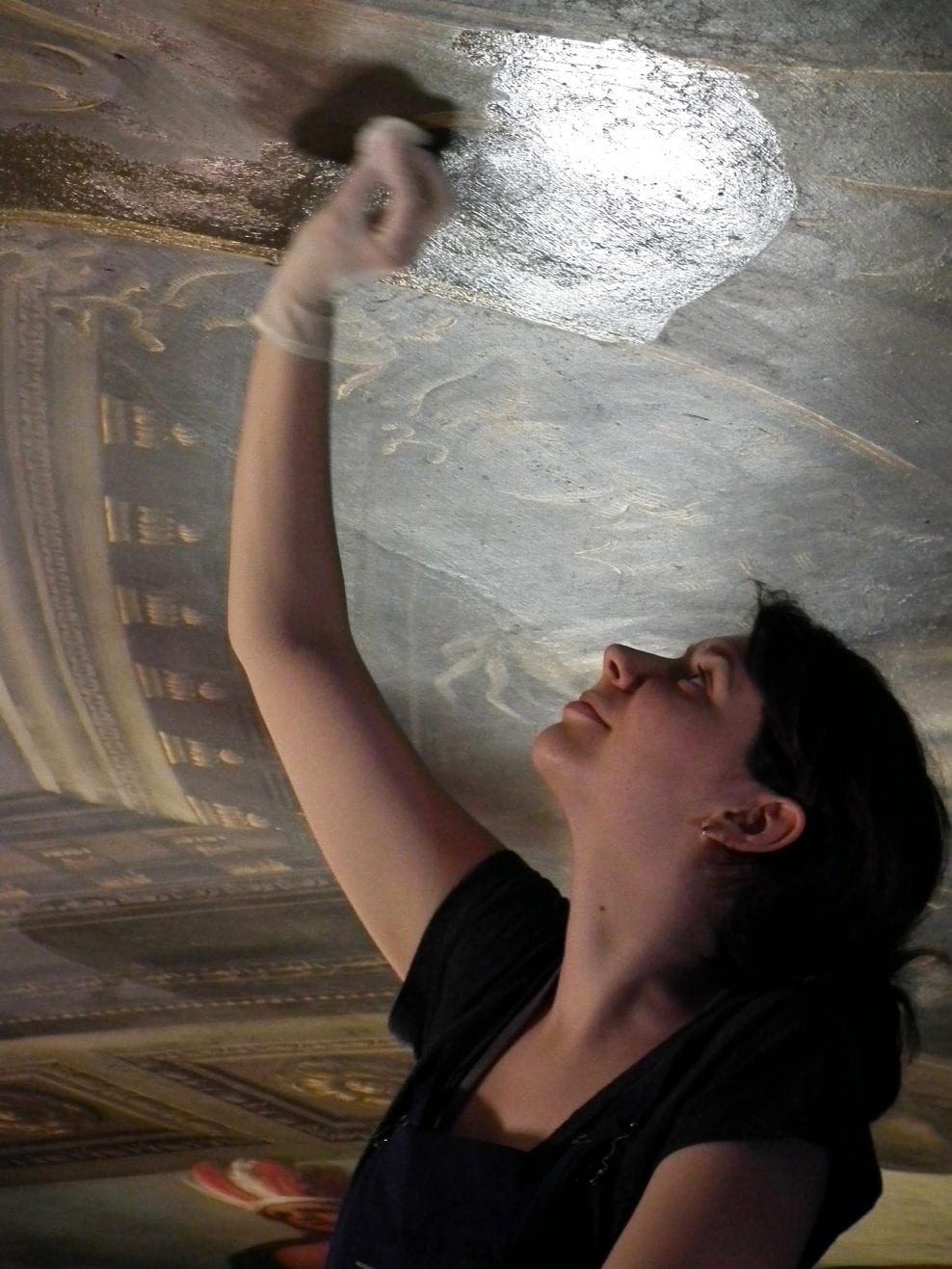 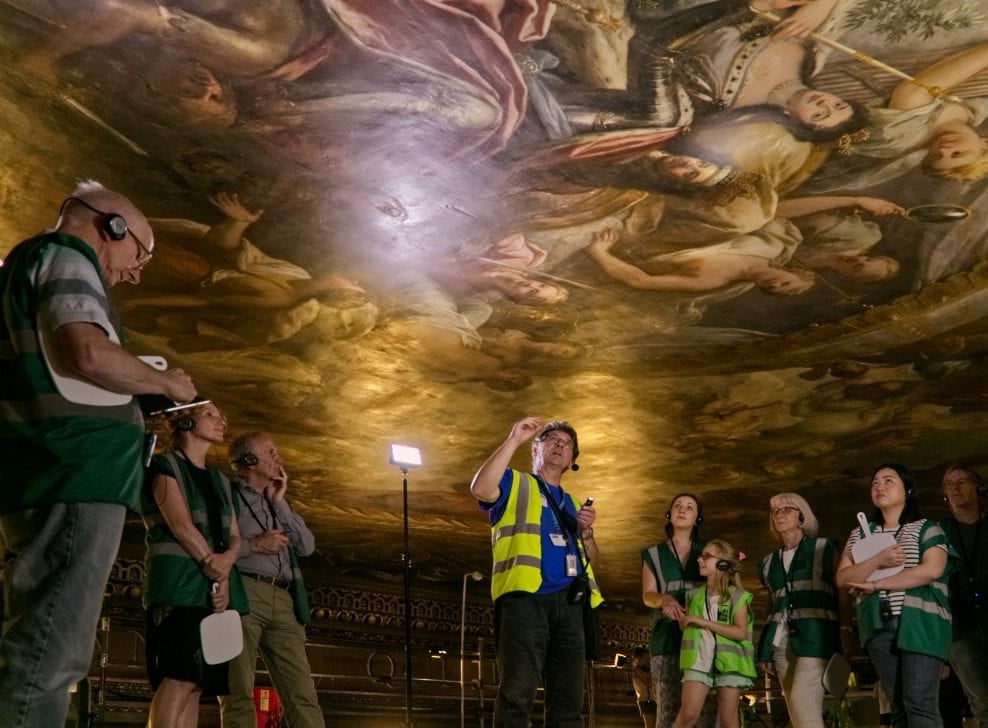