The Margaret Lindsay Williams project included the full conservation and restoration of the ‘Imprisoned Soul’ by Margaret Lindsay Williams, and the in situ conservation of three paintings by the same artist at Dyffryn House, South Wales. All four paintings were found in the house in less than ideal conditions when the National Trust took over lease of the house a few years previously.
The Margaret Lindsay Williams project aim was to conserve the paintings, three in situ, and included the re-display of all four paintings in an exhibition alongside information about the artist, who was born in Wales. This was due to open in March 2020, but because of the situation with Covid-19 this is likely to be postponed until later in the year.

The condition of ‘The Imprisoned Soul’ was extremely poor.  It had suffered water damage causing flaking all along the right hand side, one large gash, upper centre and twenty three other smaller tears.  The attachment of the canvas to its stretcher had also failed and there was a heavy deposit of gritty surface dirt that had abraded the paint surface. 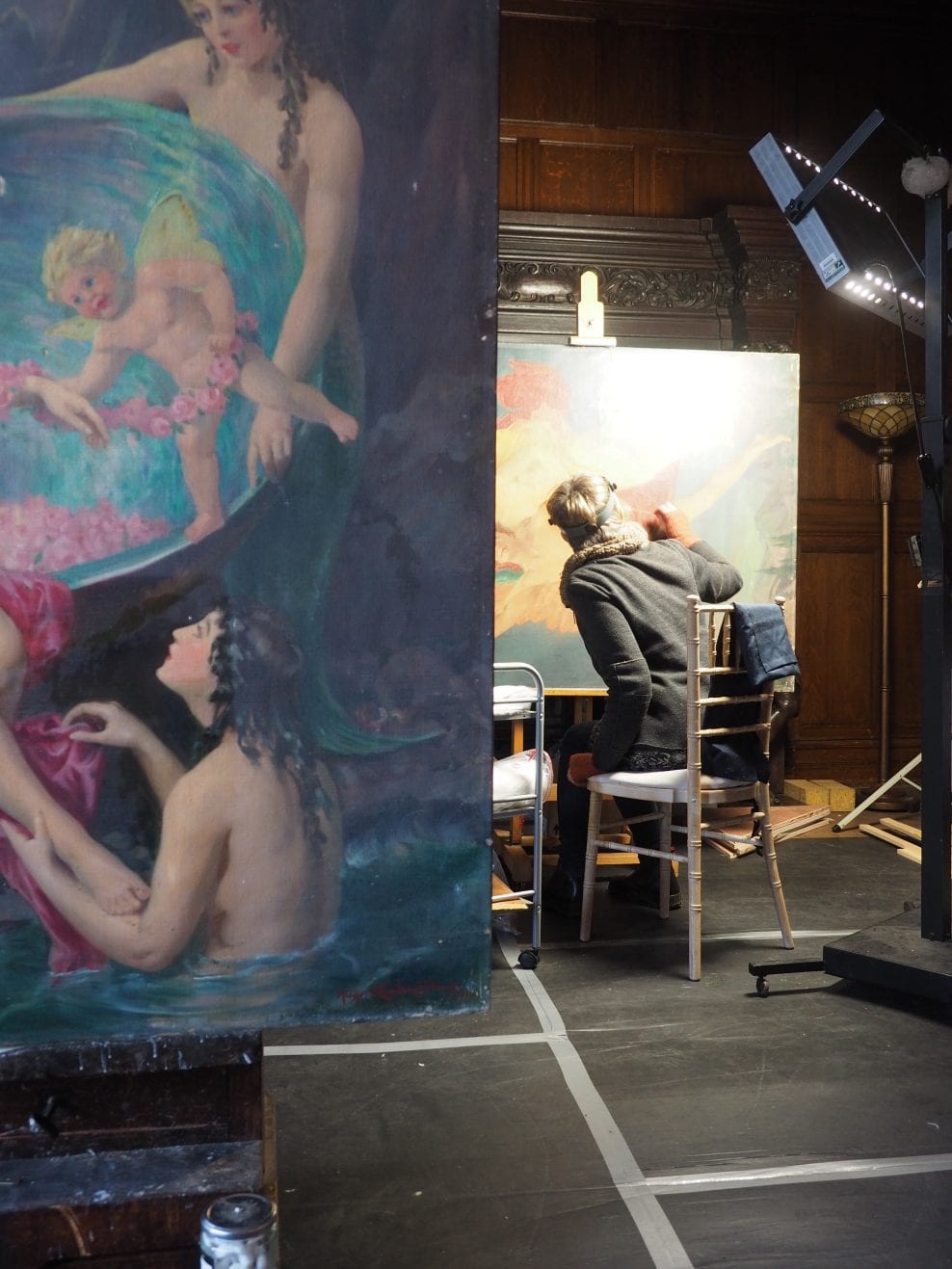 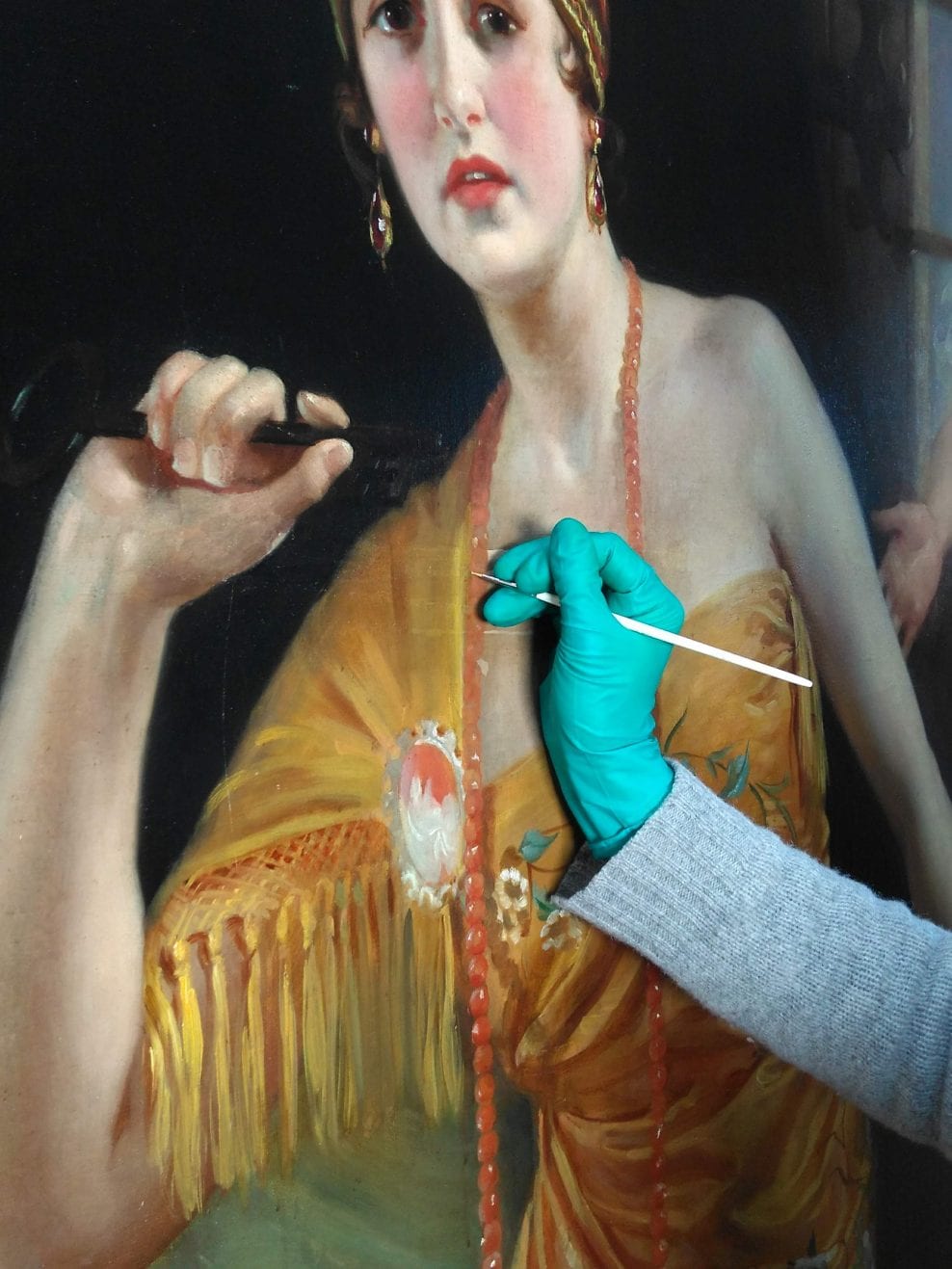 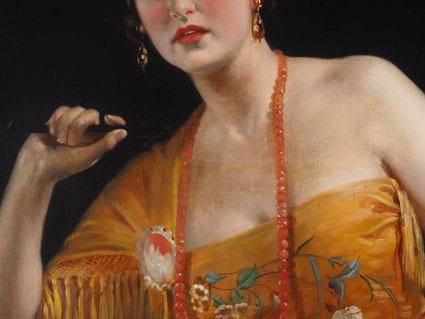 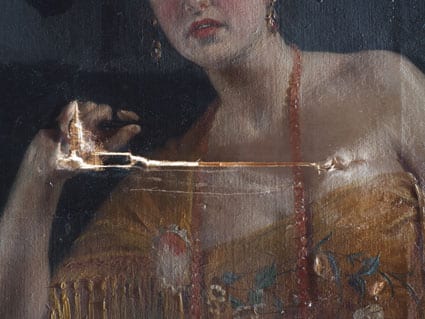 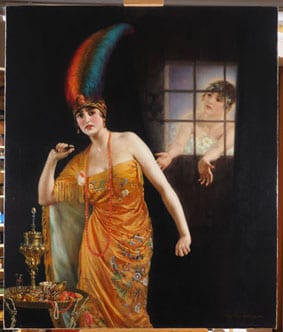 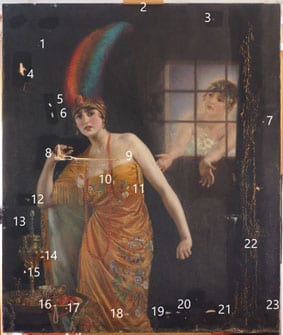 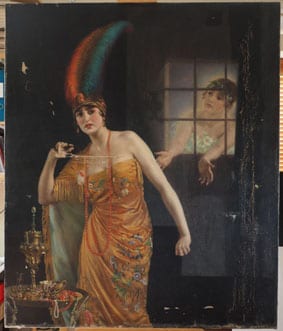 ‘The Imprisoned Soul’ after in situ consolidation tissue has been removed before treatment, the tears number for reference.

Detail of large horizontal gash in raking light before treatment

The three other decorative scenes had also suffered more minor structural damages such as tears and knocks, localised areas of instability and flaking, and a heavy deposit of surface dirt but were in better condition than ‘The Imprisoned Soul’ and so were possible to treat in situ.  The two larger decorative paintings had unusual decorative plaster frames, the smaller painting was unframed.

‘The Imprisoned Soul’ underwent a full conservation and restoration treatment in the studio including stabilisation, tear repair, surface dirt removal, filling, re-varnishing, retouching and conservation framing in a new frame commissioned by the Trust.  The large tear was repaired using two techniques, the Professor Heiber method of re-weaving displaced threads where they were still present using a sturgeon glue/wheat starch paste adhesive, and using polyamide welding powder where there was a sharp break with no threads available to re-weave.  The conservation treatment was filmed and will provide audiovisual content to accompany the forthcoming display in the House, due originally to open in March 2020. 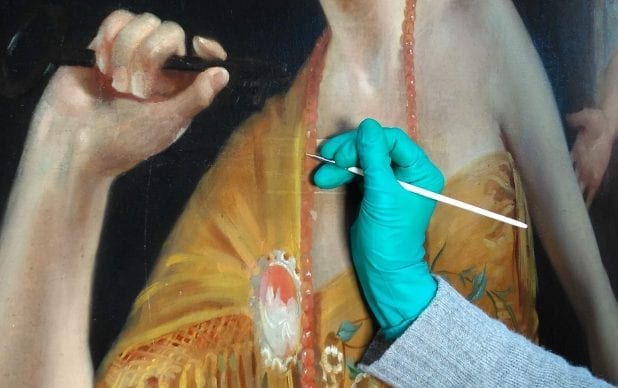 Detail of large gash after treatment

The three decorative paintings were treated in situ in the house along with two public engagement sessions twice a week. 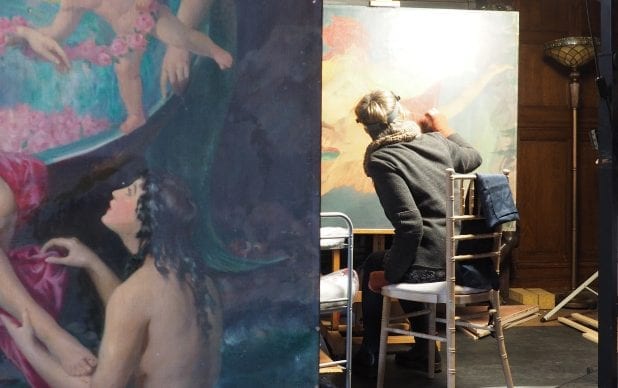