The Manx giant deer skeleton mount is a specimen of local significance to the Isle of Man, and one of the original specimens of the Manx Heritage collections. Due to the redevelopment of the neighbouring gallery, the opportunity was taken to conserve the specimen as part of its redisplay.

Conservation was primarily concentrated on fixing issues with the articulation that were both damaging and anatomically inaccurate, repairing associated damage and the removing of a thick shellac varnish that was shown to be acidic.

A full report of this project with particularly reference to the use of laser ablation can be found here: The Bare Bones: Using laser technology to remove the shellac coating from the skeleton of a Megalocerous giganteus 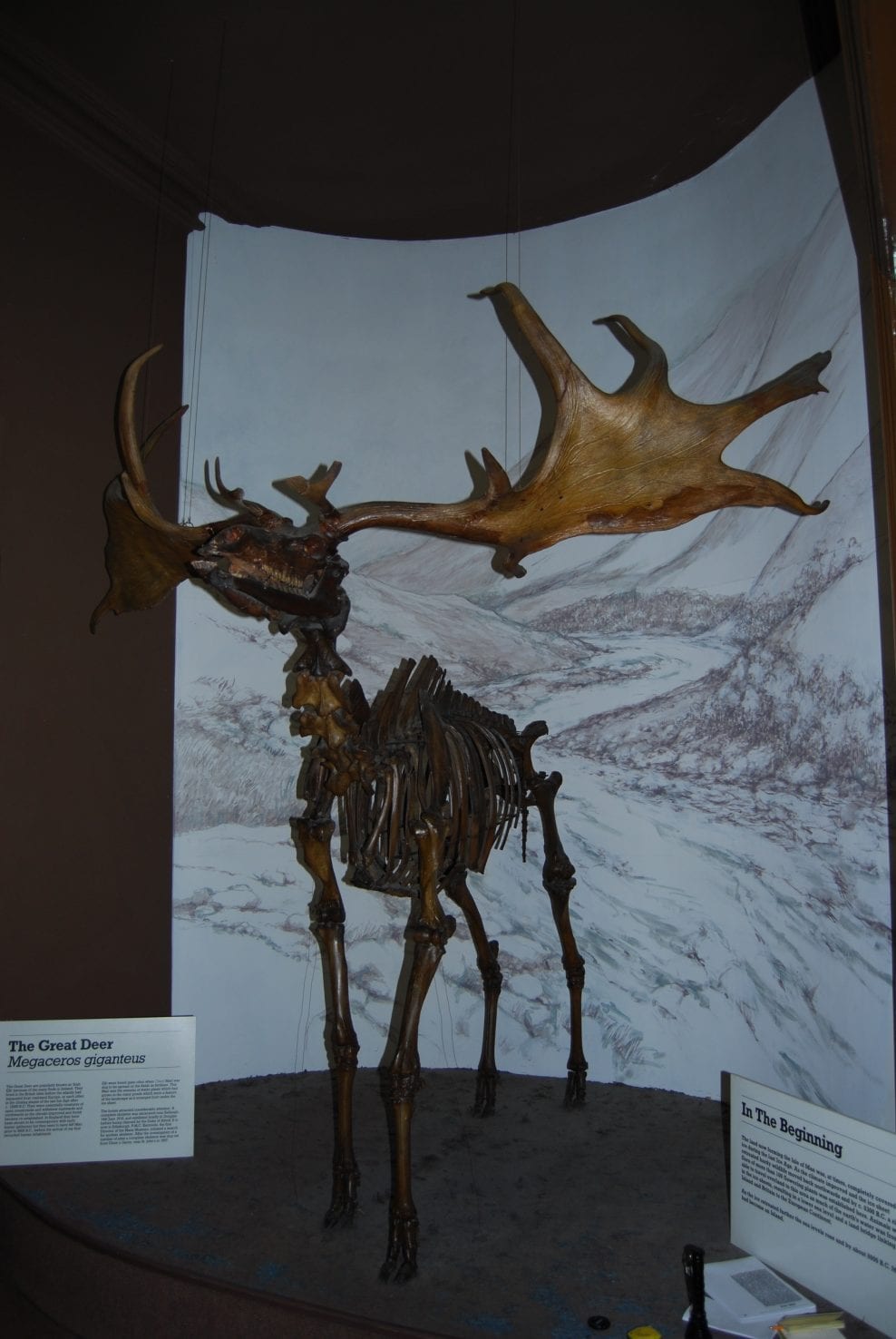 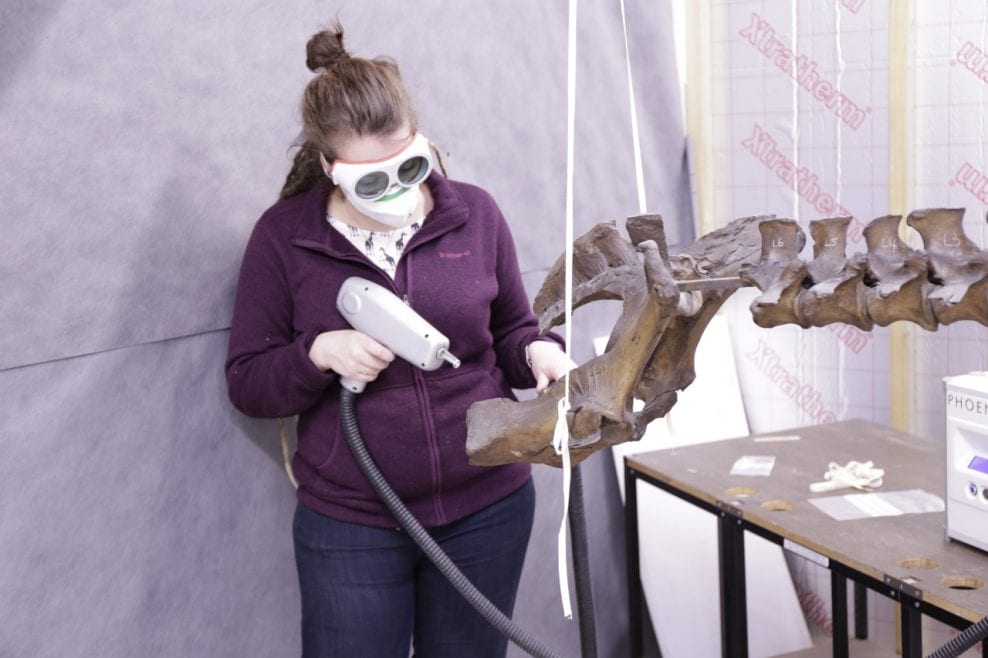 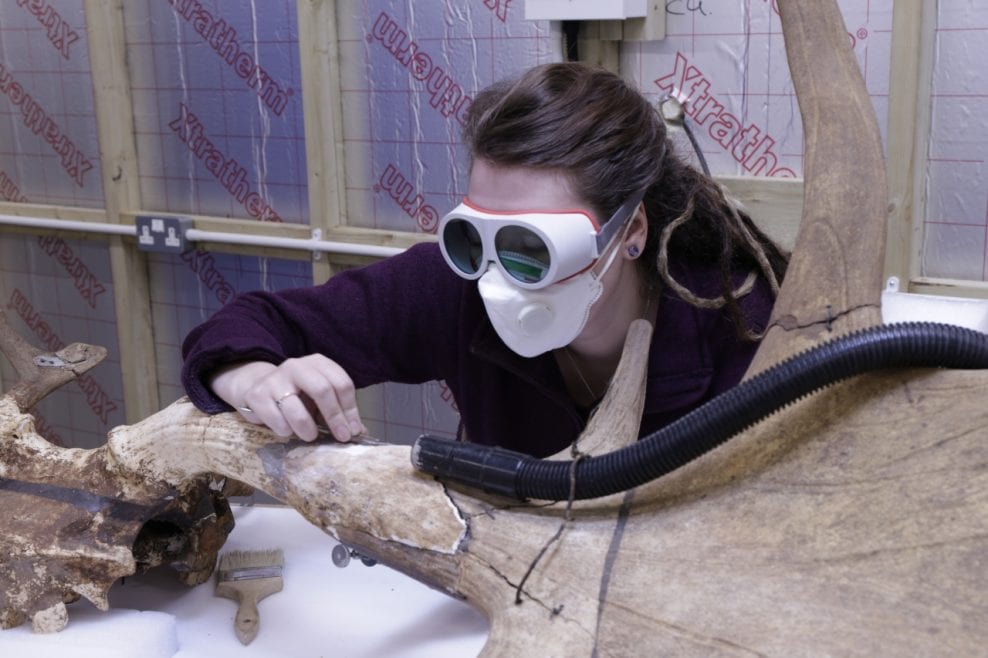 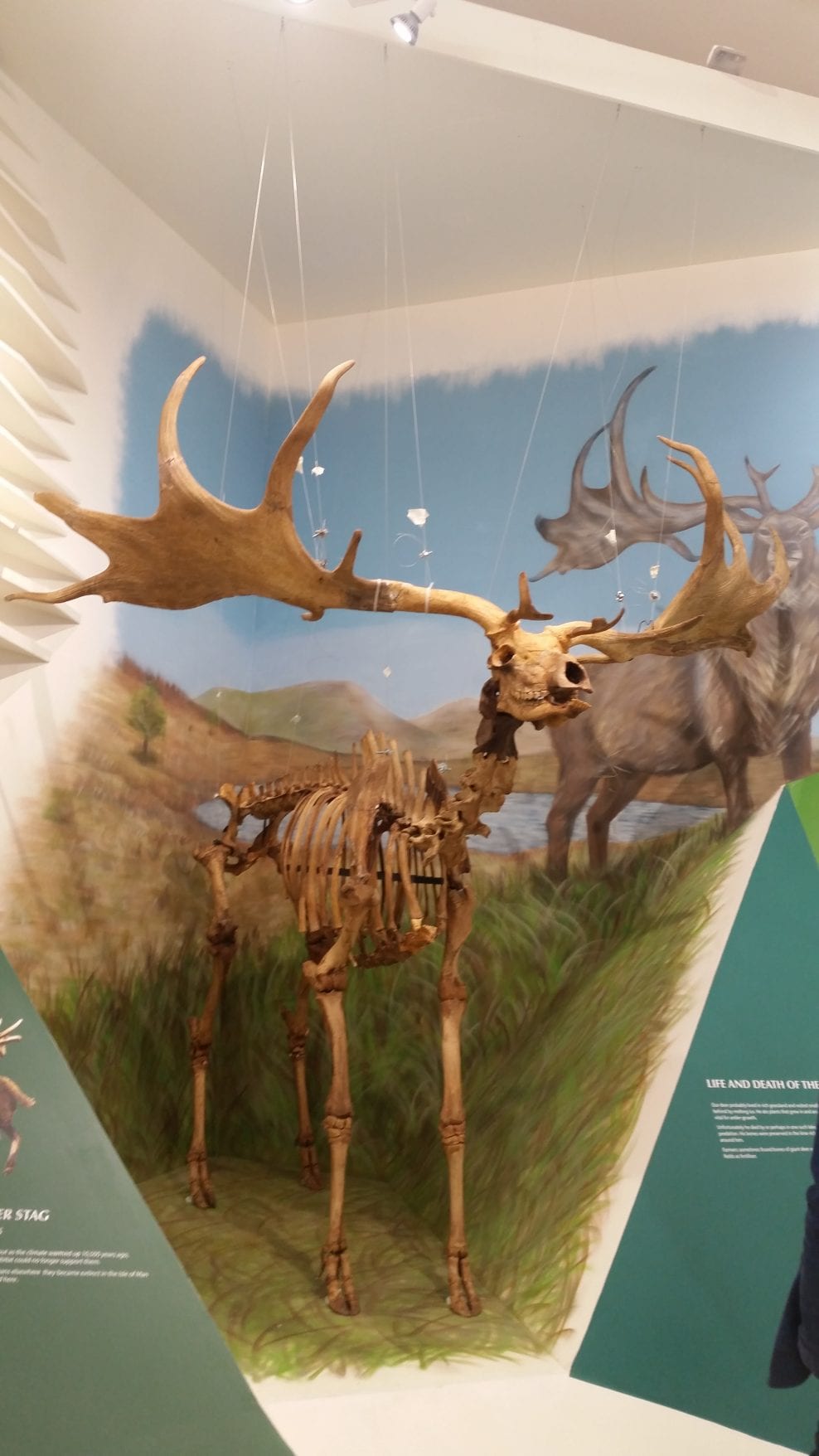