The sculpture is joined from several pieces of timber and carved in the round. Its structural condition was fair, with vertical joins open and evidence of inactive woodwork damage. Originally the sculpture was only painted on the front, the back showed only the gesso layer, still partially preserved. Much of the original polychrome and gilding was covered under layers of overpaint, which had been partly removed during previous restoration. Half of the original water gilding on the Madonna’s chest had been lost and inappropriately restored. The faces were completely repainted and the whole surface of the sculpture varnished and waxed as part of the same restoration; both these surface coatings had discoloured. Much of the polychrome surface was flaking and old discoloured retouches were present throughout.

My treatment consisted of structural and polychrome layer consolidation, removal of overpaint, discoloured varnish and wax layers, and overall cleaning. I used mechanical means in combination with organic solvents, as well as water-based methods. I partially restored the gilding on Madonna’s chest. Areas of old damage were selectively filled and retouched or toned. 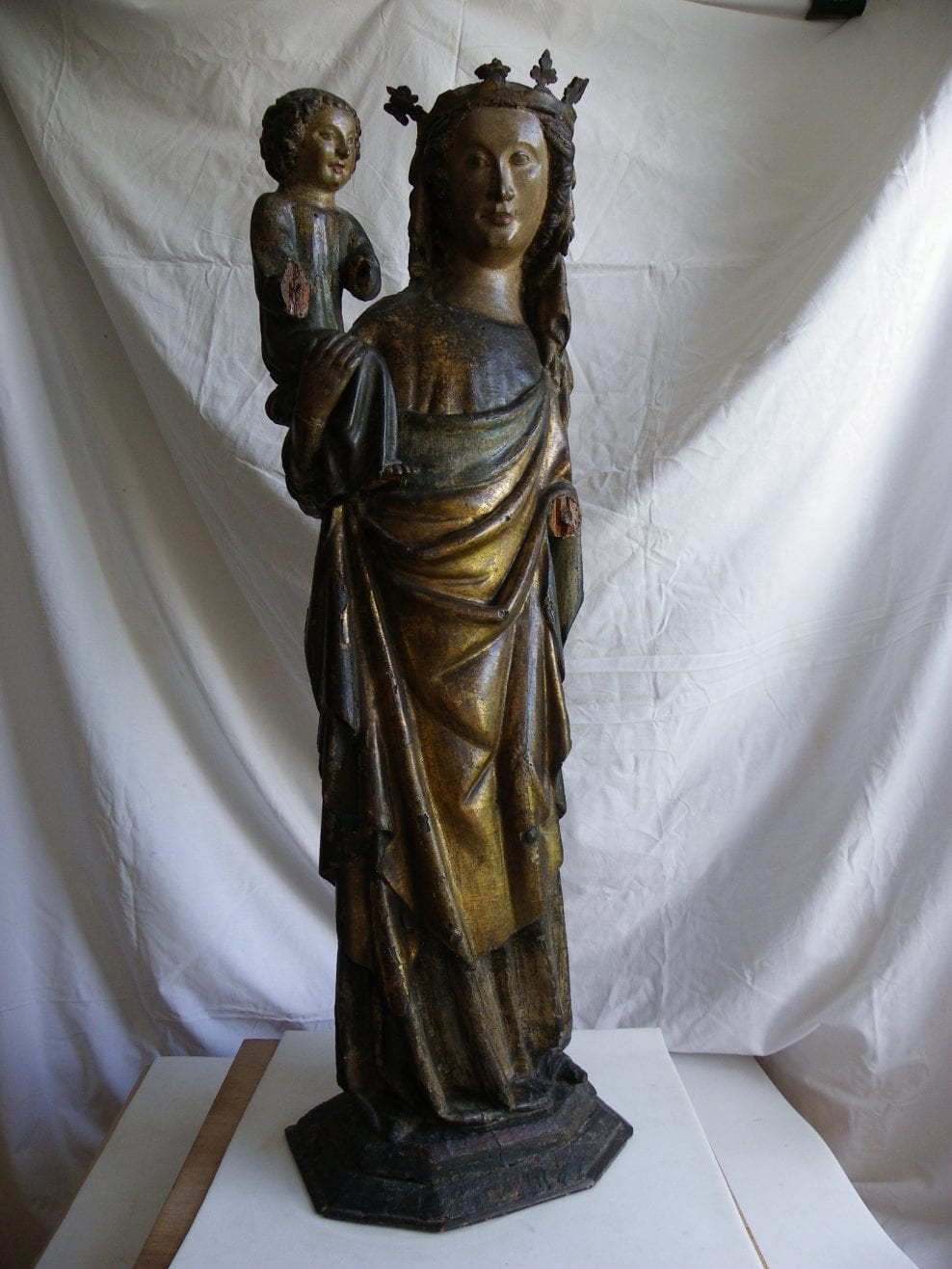 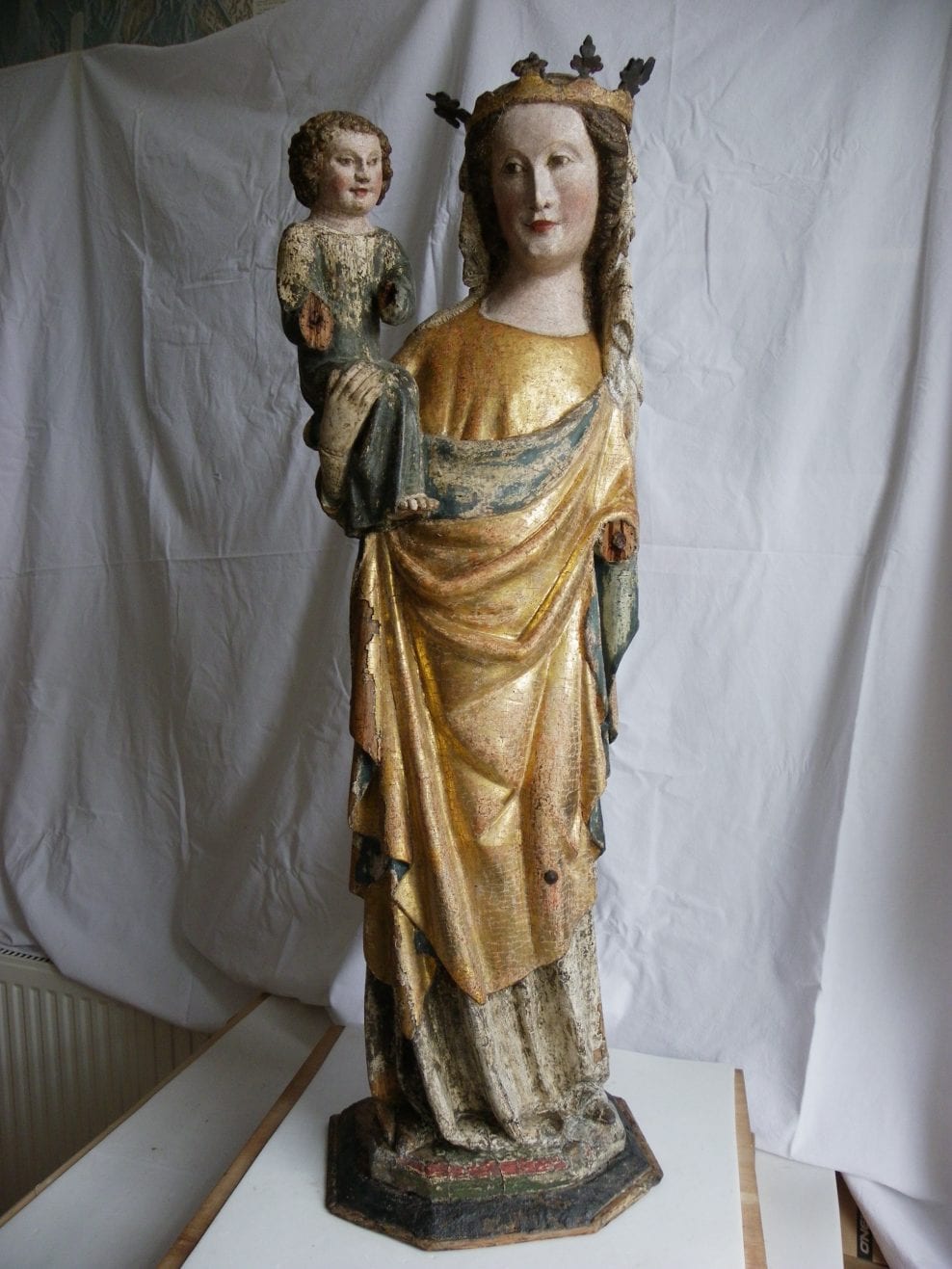 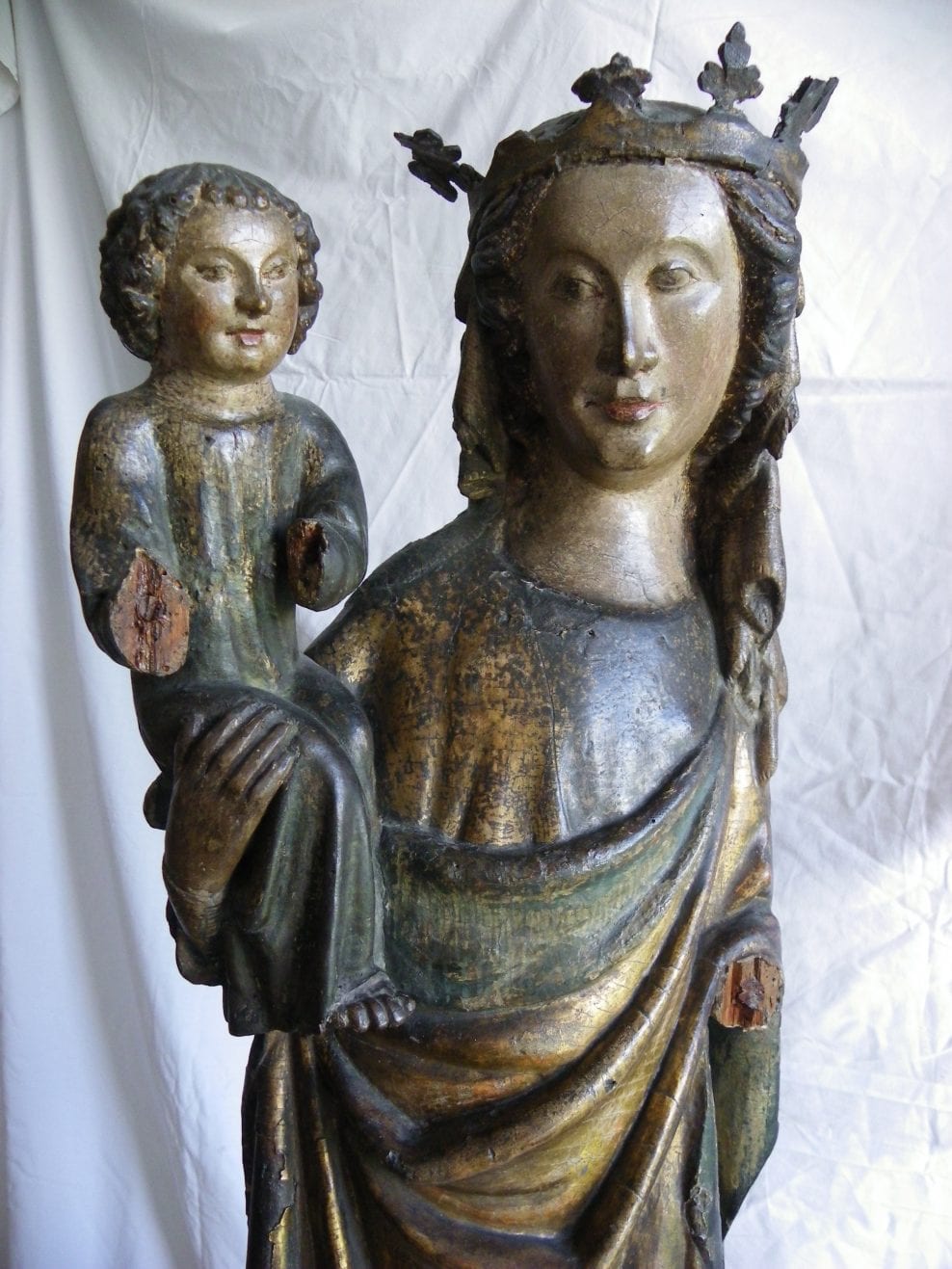 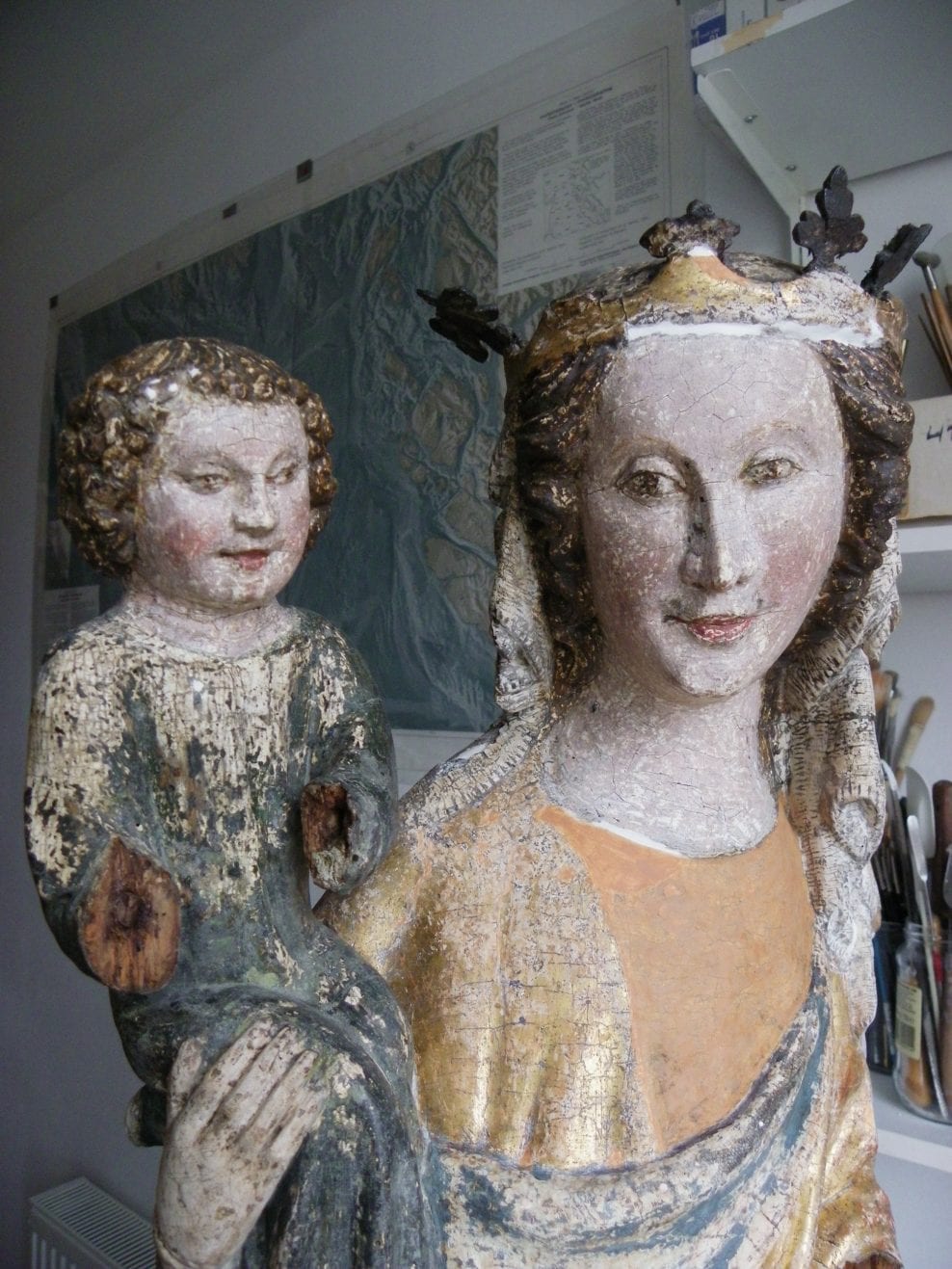 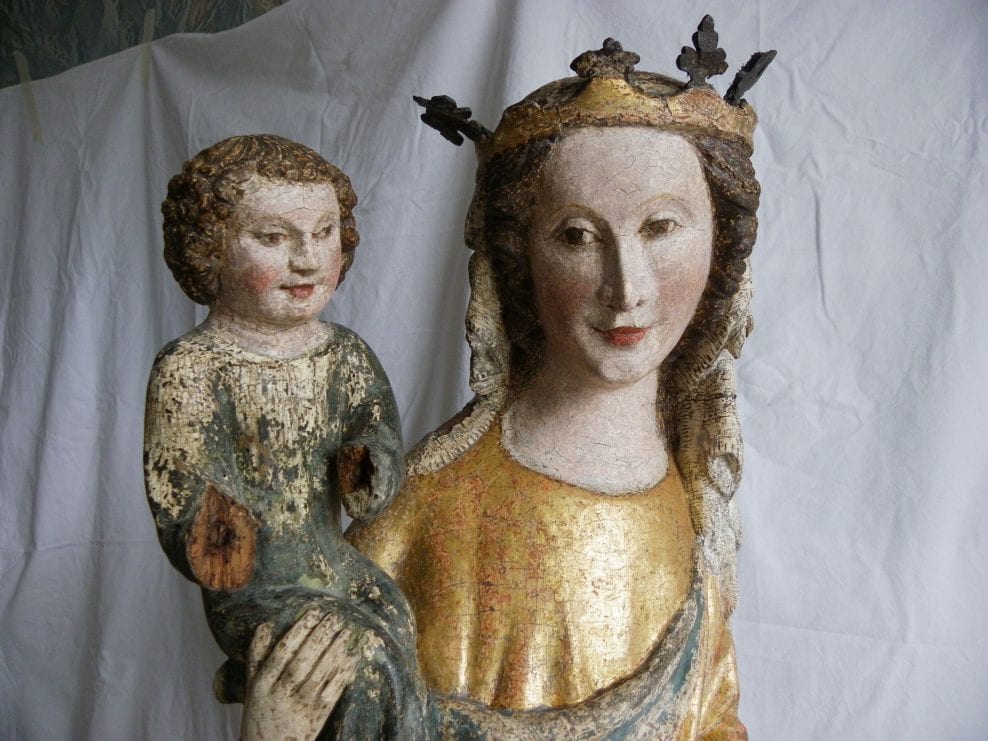 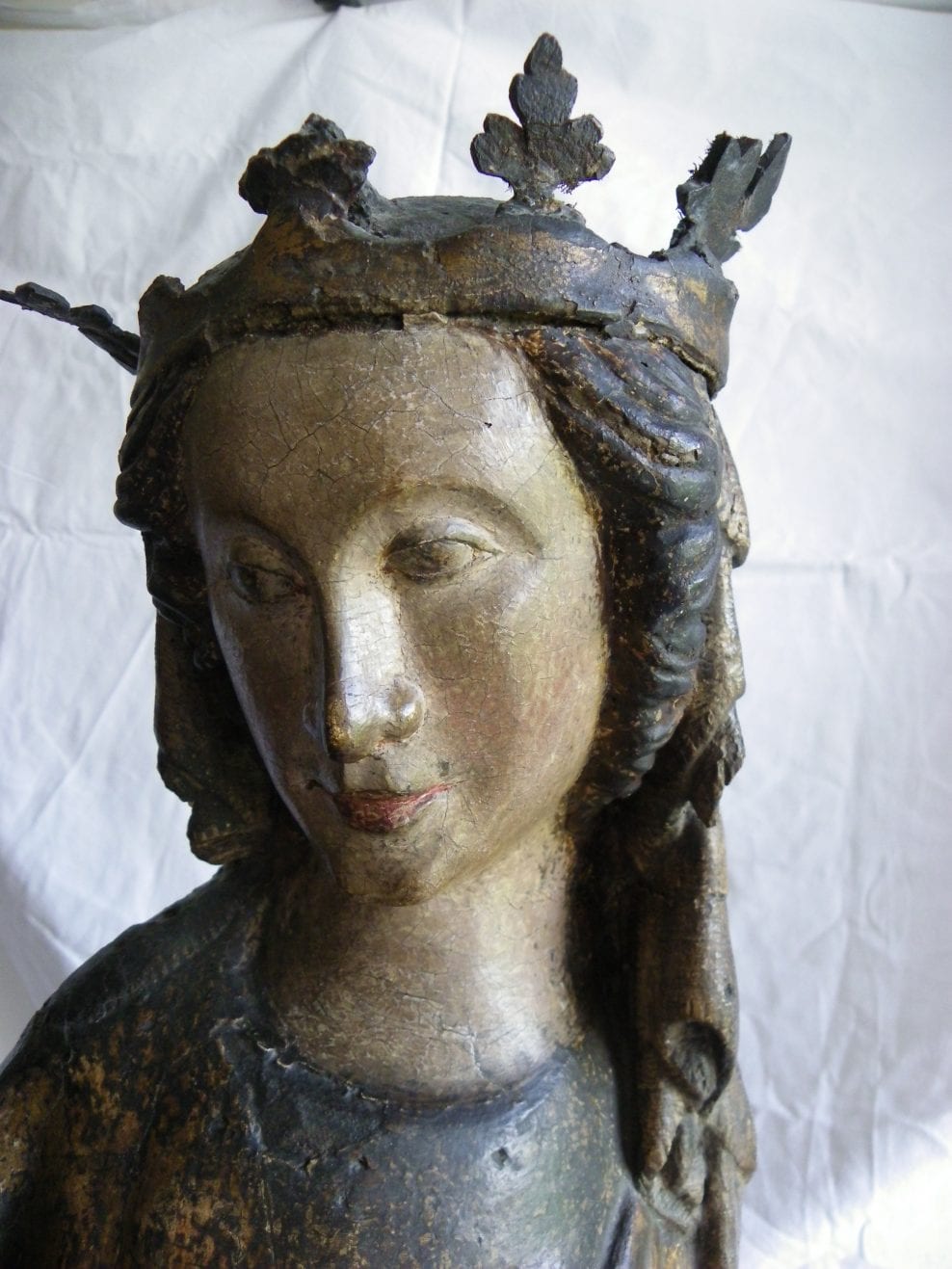 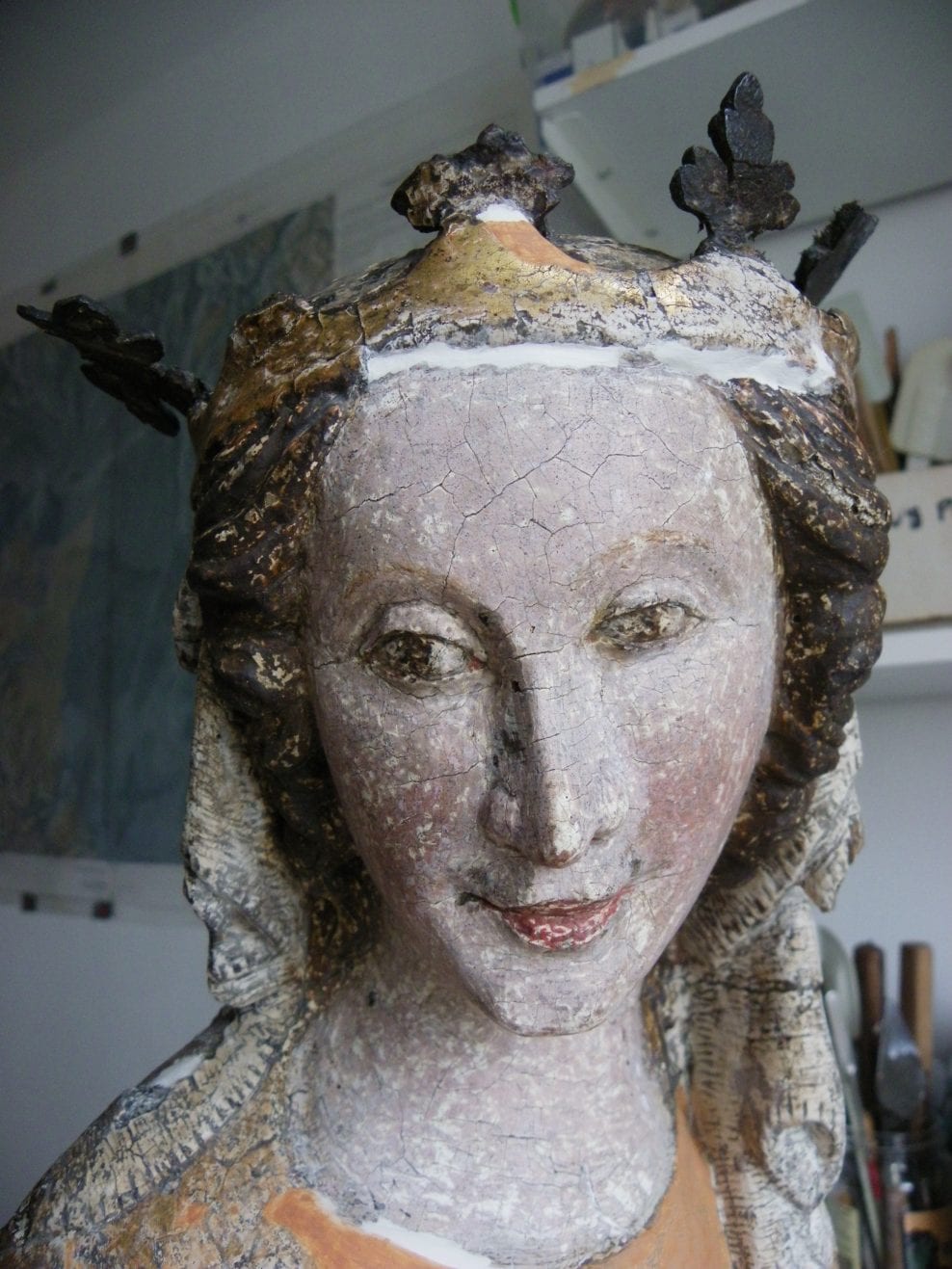 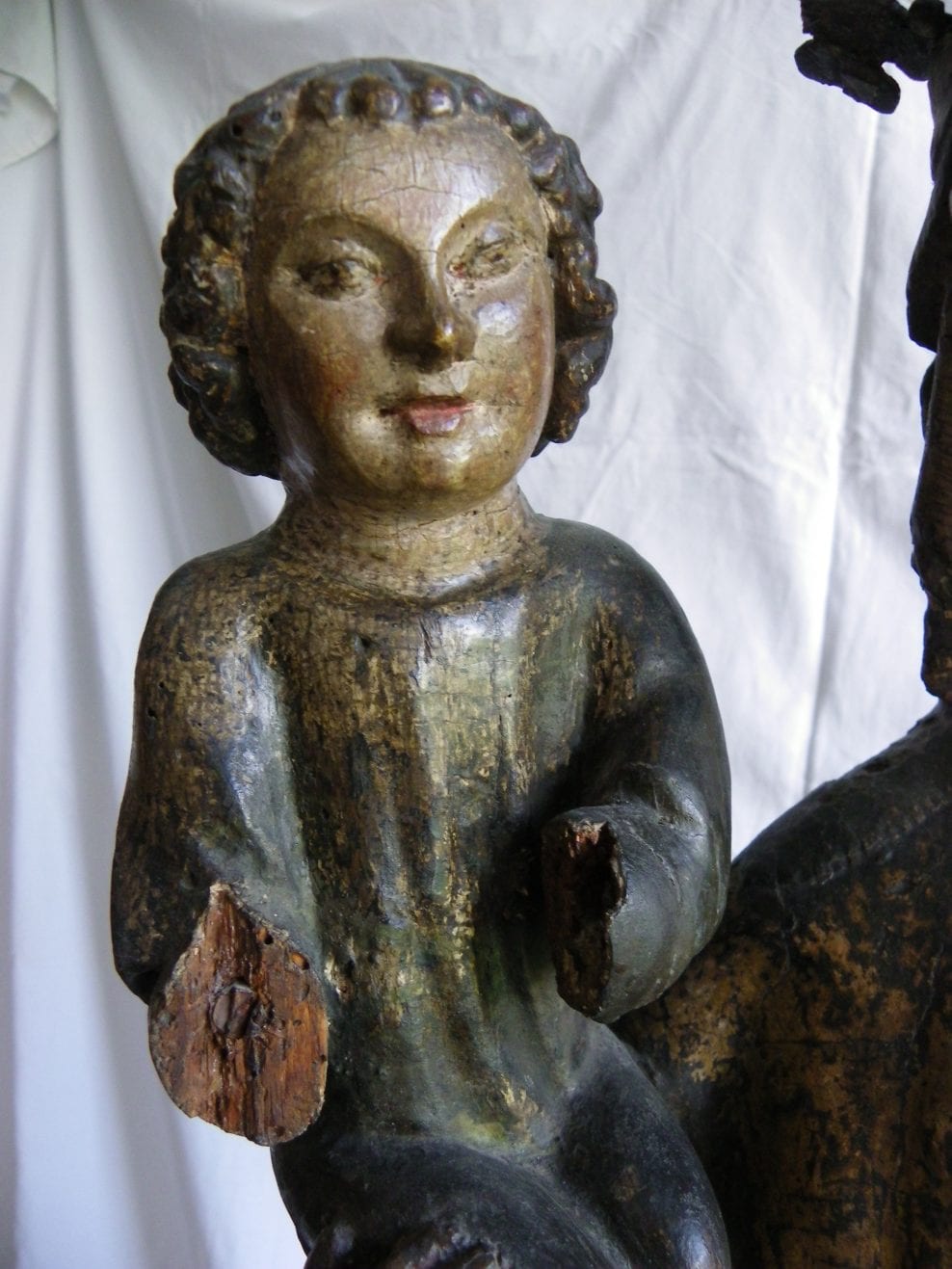 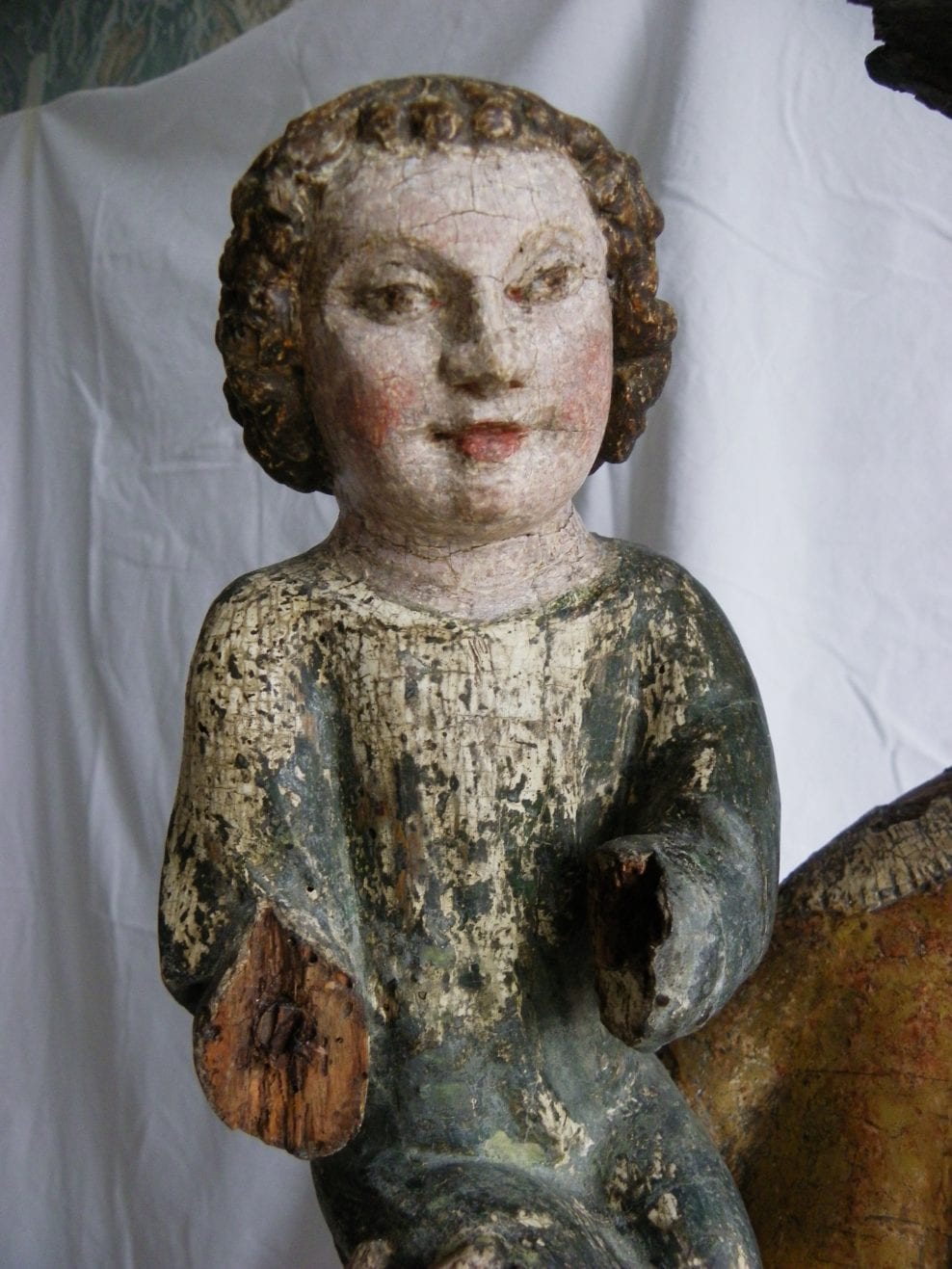