Conservation treatment of a Lely frame for a private client. Underneath later gilding schemes, the original silver leaf scheme was discovered and preserved for the future.

Originally the frame was entirely silver leafed, but was later oil gilded.  The oil gilding had deteriorated and there were major gesso losses, therefore the frame had been retouched with bronze paint, which subsequently discoloured. The later schemes were delaminating from the original silver leaf finish. The later schemes were removed, except for a water based size wash covering the silver leaf.  This had been applied in preparation for the oil gilding. Extensive consolidation was required to stabilise the gesso and the ochre size wash. The original silver leaf scheme was preserved underneath the size wash and the many gesso losses were in-filled. The frame was re-gilded appropriately, using water and oil gilding methods, according to a late 16th/early 17th century scheme. The new gilding was shaded and toned to give the gilding an aged appearance and to be in-keeping with a historic house setting. 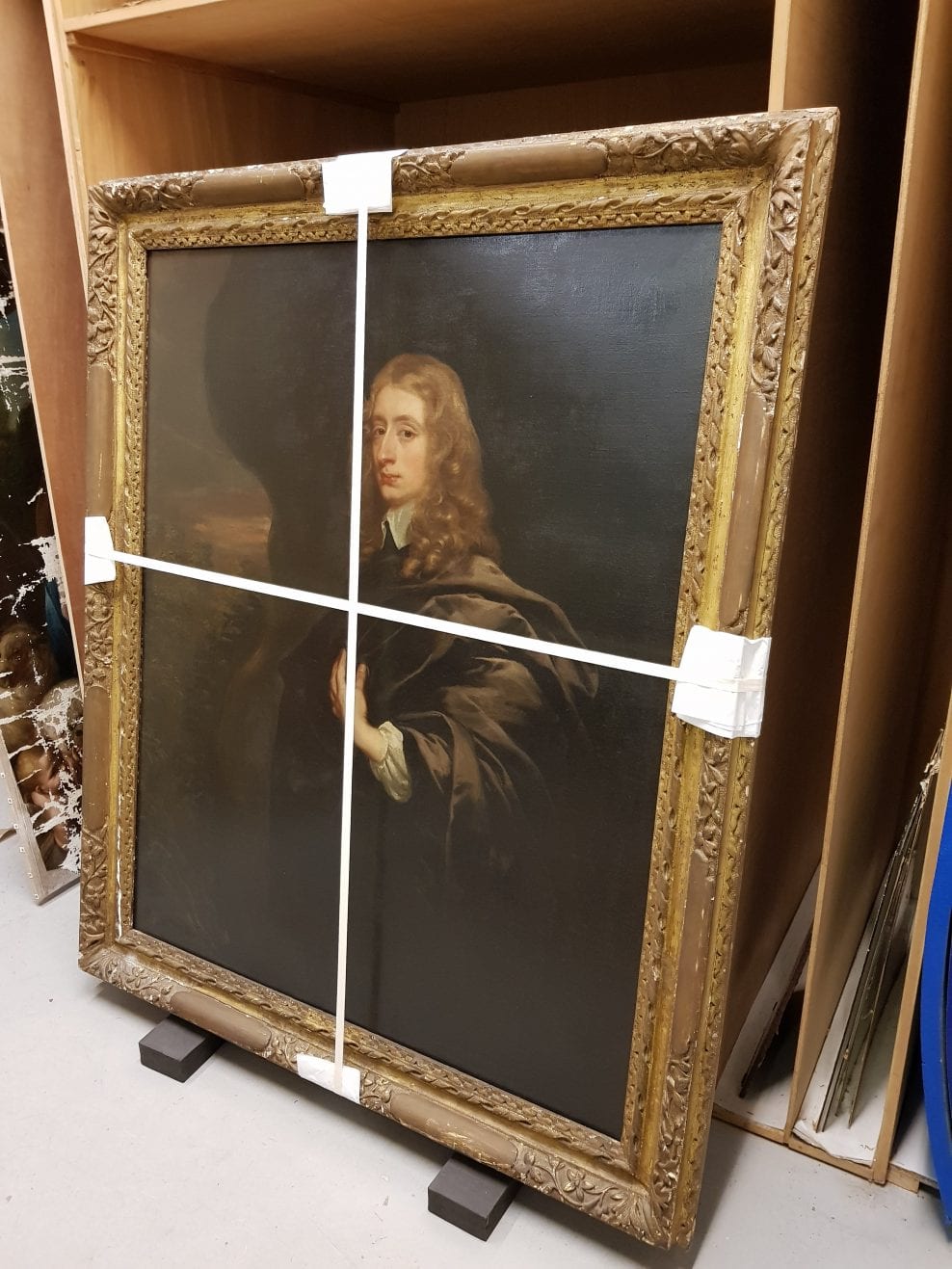 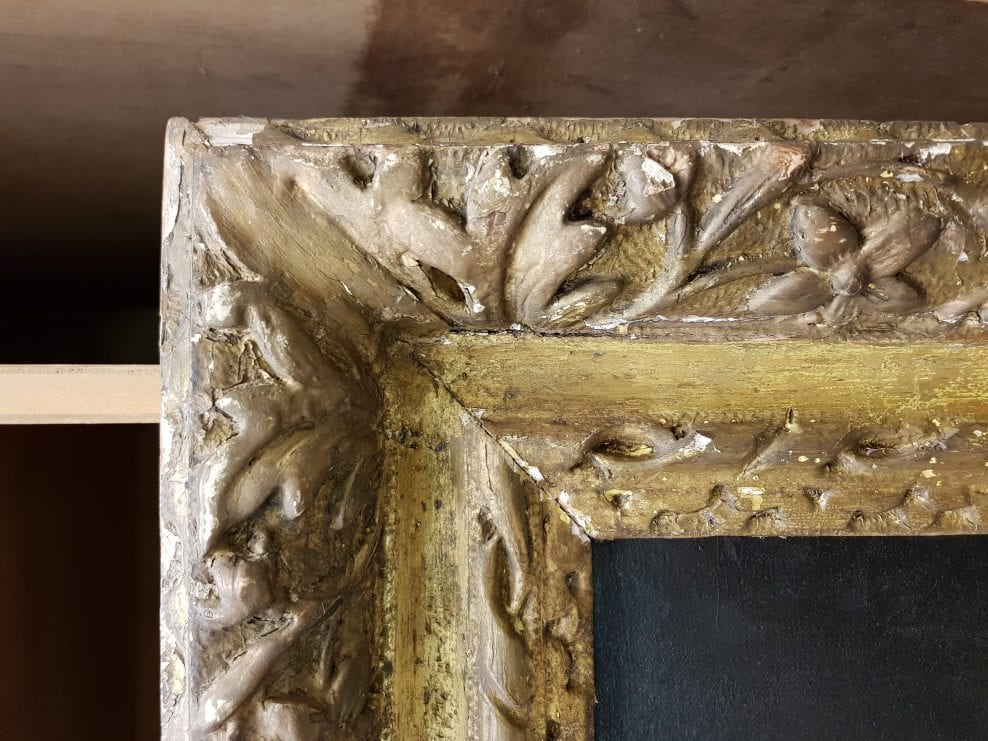 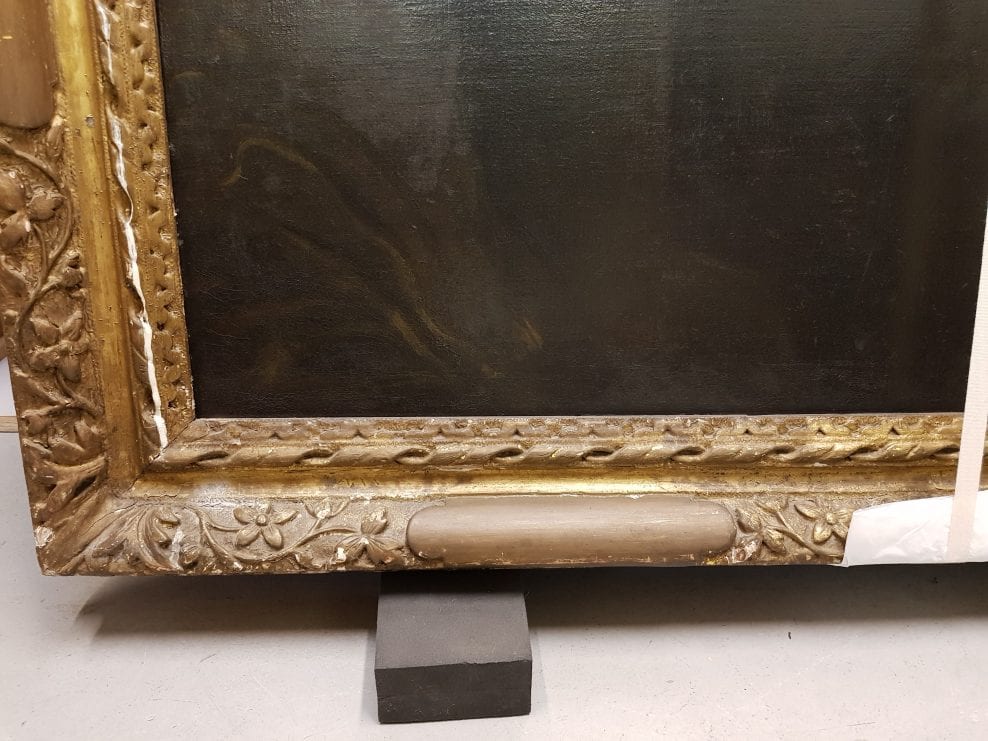 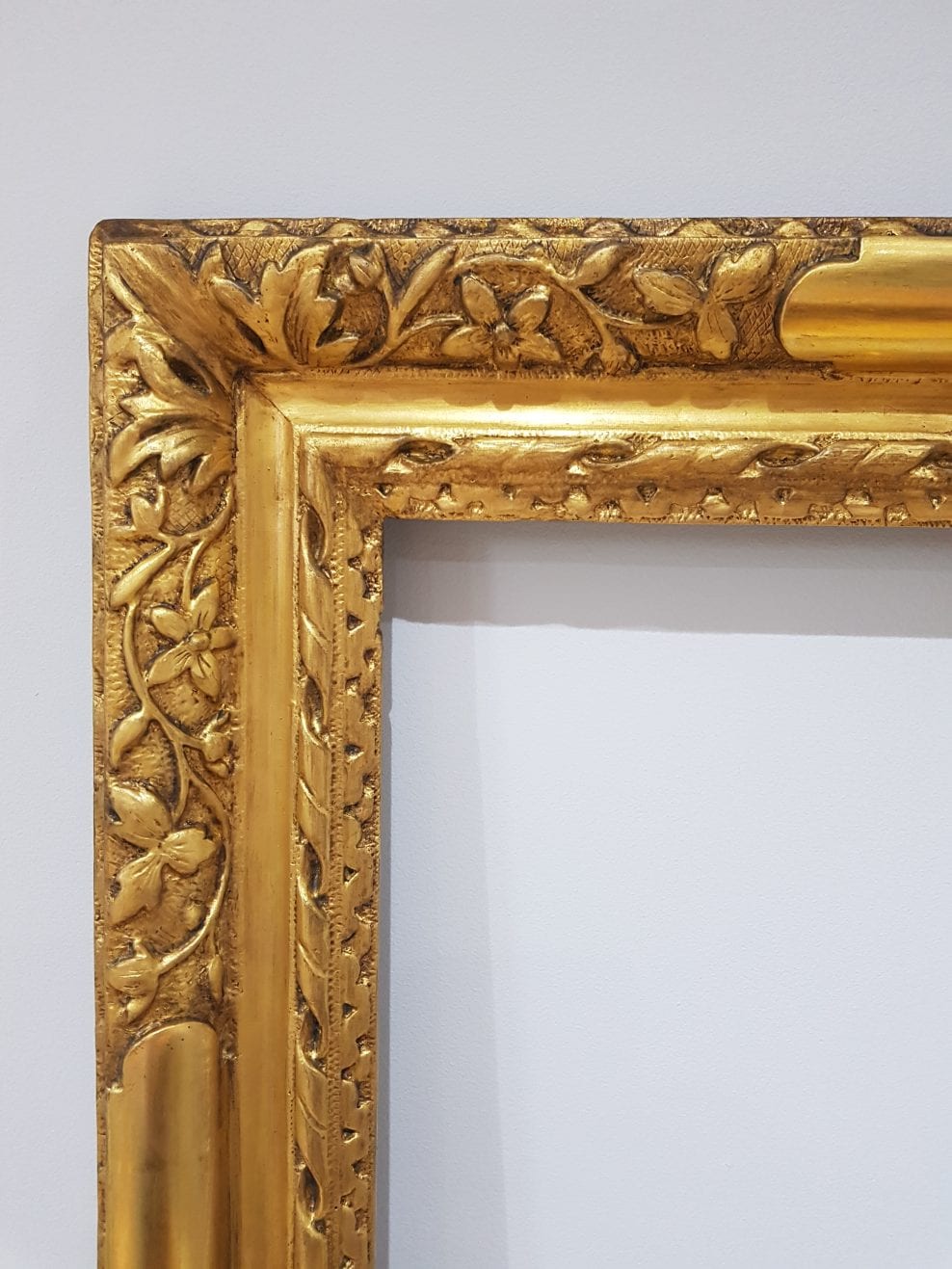 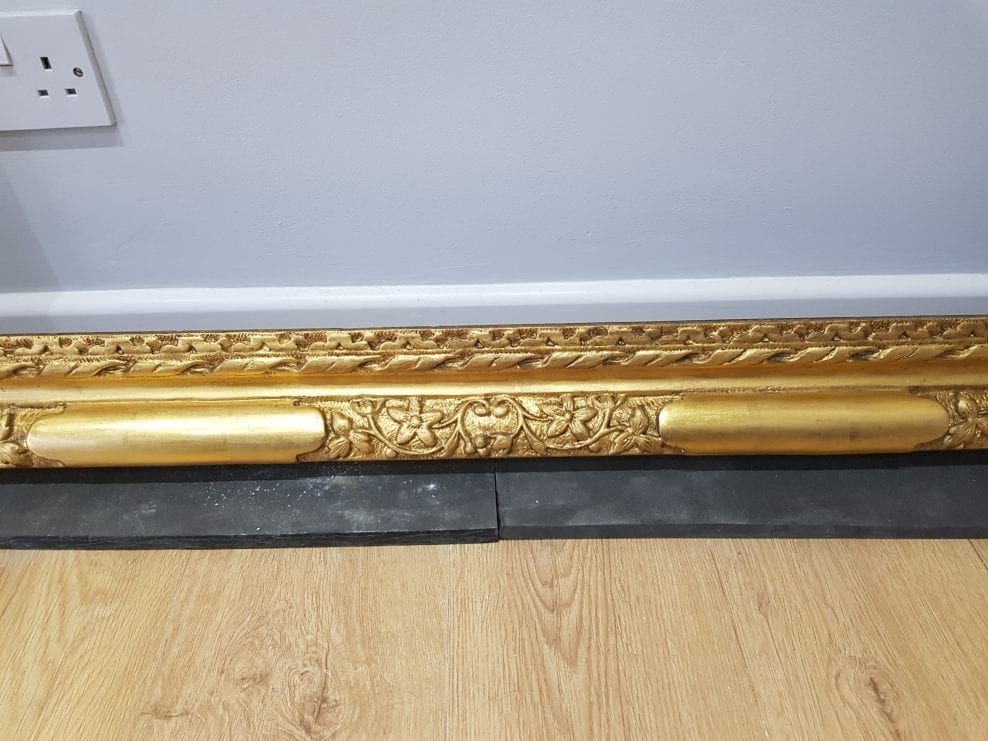 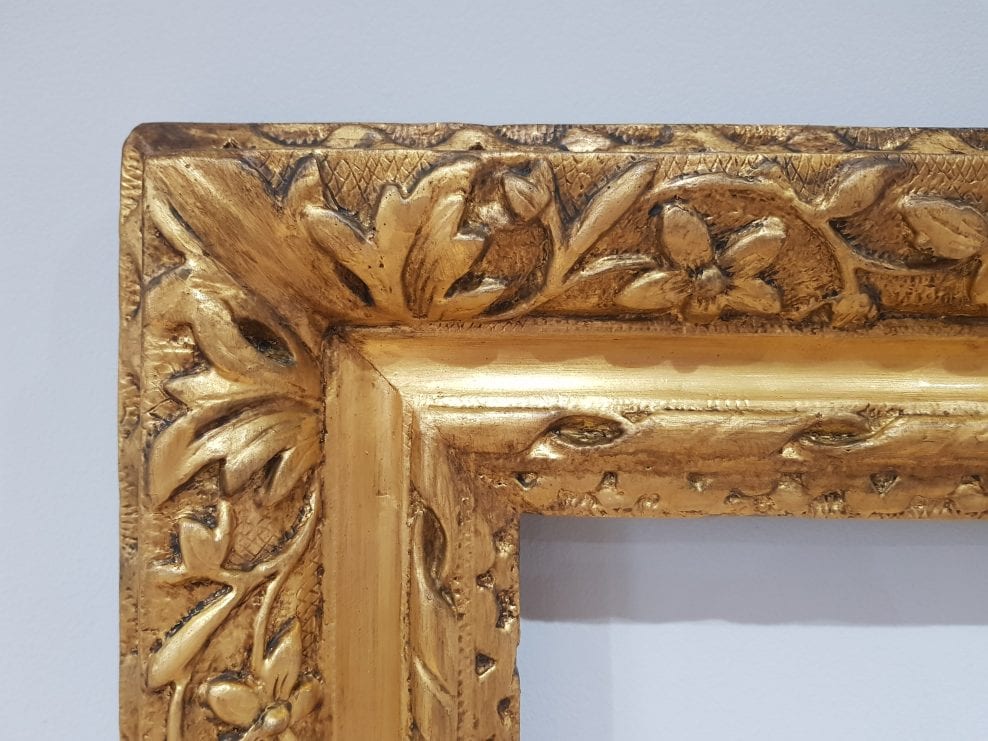