The chapel of Osiris Neb-ankh was erected in the 7th century BC (25th Dynasty) during the reign of the Kushite king, Taharqo, on the north side of the precinct of the temple of Amun at Karnak. Today it consists of just two small rooms, one slightly larger than the other. Painted decoration is associated in the larger room with the world of the living, and in the smaller room with the world of the dead; the lintels and jambs of the entrance on the east side of the chapel are also decorated.

The environmental exposure and degradation of wall paintings in Egypt inhibit their technical examination and understanding, despite advances in the use of portable non-invasive analytical tools such as FTIR, XRD and Ramen. The chapel at Karnak presents an extreme case. So scant is the remaining painting that probably only around 1% of it still survives. Paint traces mainly comprise the more durable and common pigments, such as iron oxide red and yellow, which are readily identifiable. But the nature of other paint materials used is largely beyond analytical detection.

An exception is Egyptian blue. For Egyptian paintings, the imaging technique of Visible-Light Induced Luminescence (VIL) is an essential tool for detecting this pigment. Its luminescence produces a bright white glow, providing a reliable ‘signature’ of its presence. In this investigation, Rickerby and Shekede used VIL to identify and image widespread use of Egyptian blue, most of which is invisible to the naked eye. Previously unnoticed iconographic details were revealed for the first time.

Working in collaboration with Egyptologists, the project demonstrated the effective low-tech field application of VIL, used in combination with portable microscopy. The investigation also emphasised that for environmentally degraded wall paintings, technical understanding does not depend on the identification of trace materials alone. Research and evaluation of pigment impermanence versus durability also led to important findings relating to colours that are no longer present in the scheme. These discoveries are being prepared for publication.

The investigation was carried out as a component of the research project, ‘Iconographic Programme of the Chapels of Osiris in Karnak: Kushite Chapel of Osiris Neb-ankh’ (Harmonia 8:UMO-2016/22/M/HS3/00354), directed by Dr Aleksandra Hallmann of The Polish Academy of Sciences, in partnership with Professor Laurant Coulon of the Institut Français d’Archéologie Orientale (IFAO). Laurent Coulon and Cyril Giorgi direct the mission ‘Osirian Sanctuaries at Karnak’ (IFAO, CFEETK, EPHE PSL Research University, INRAP, Orient and Méditerranée and HiSoMA) at Karnak North, under which the research was conducted. The project was grant-aided by the National Science Centre of Poland. 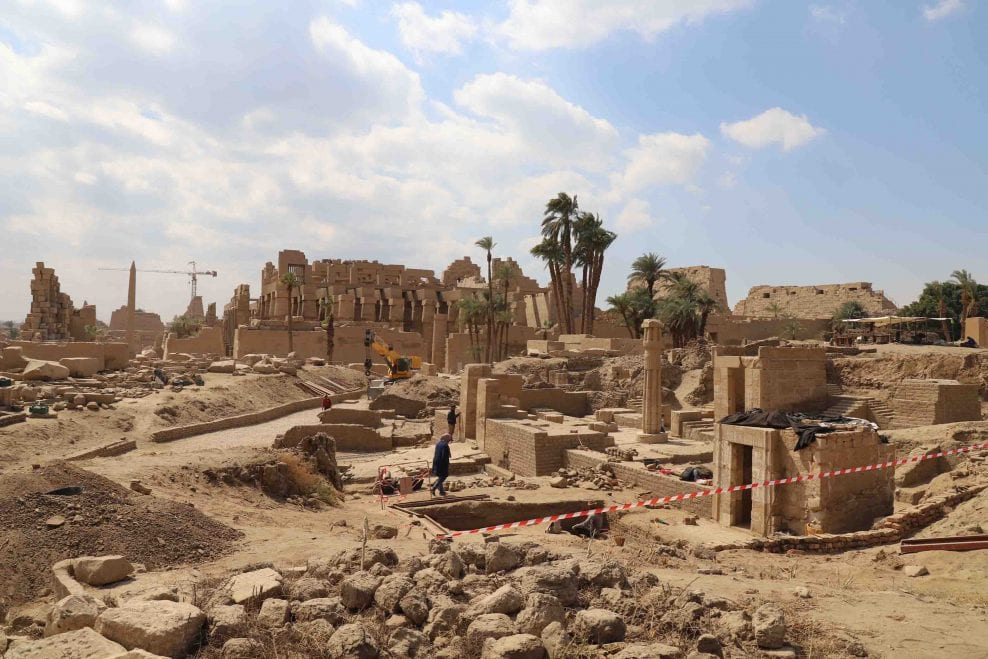 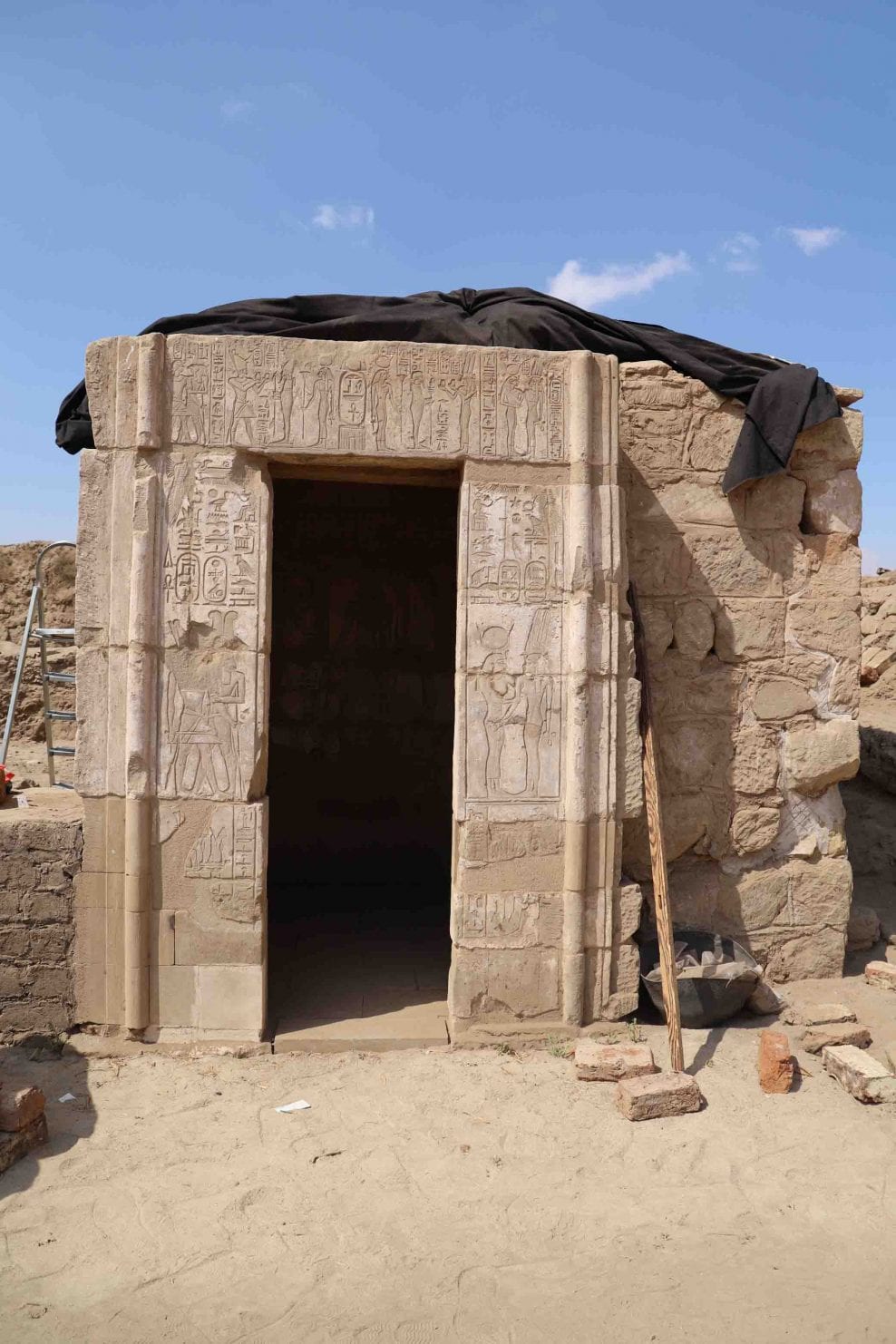 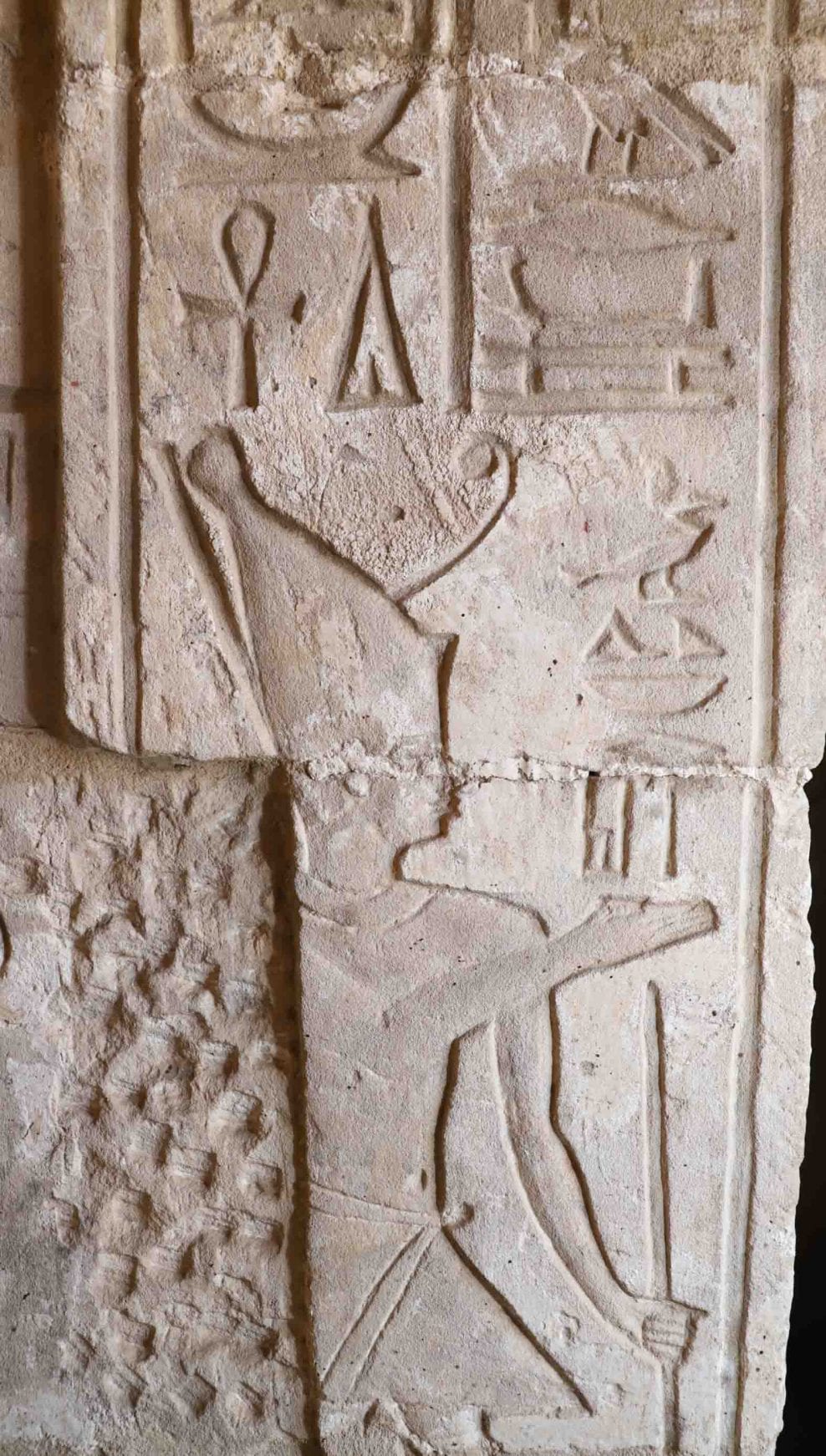 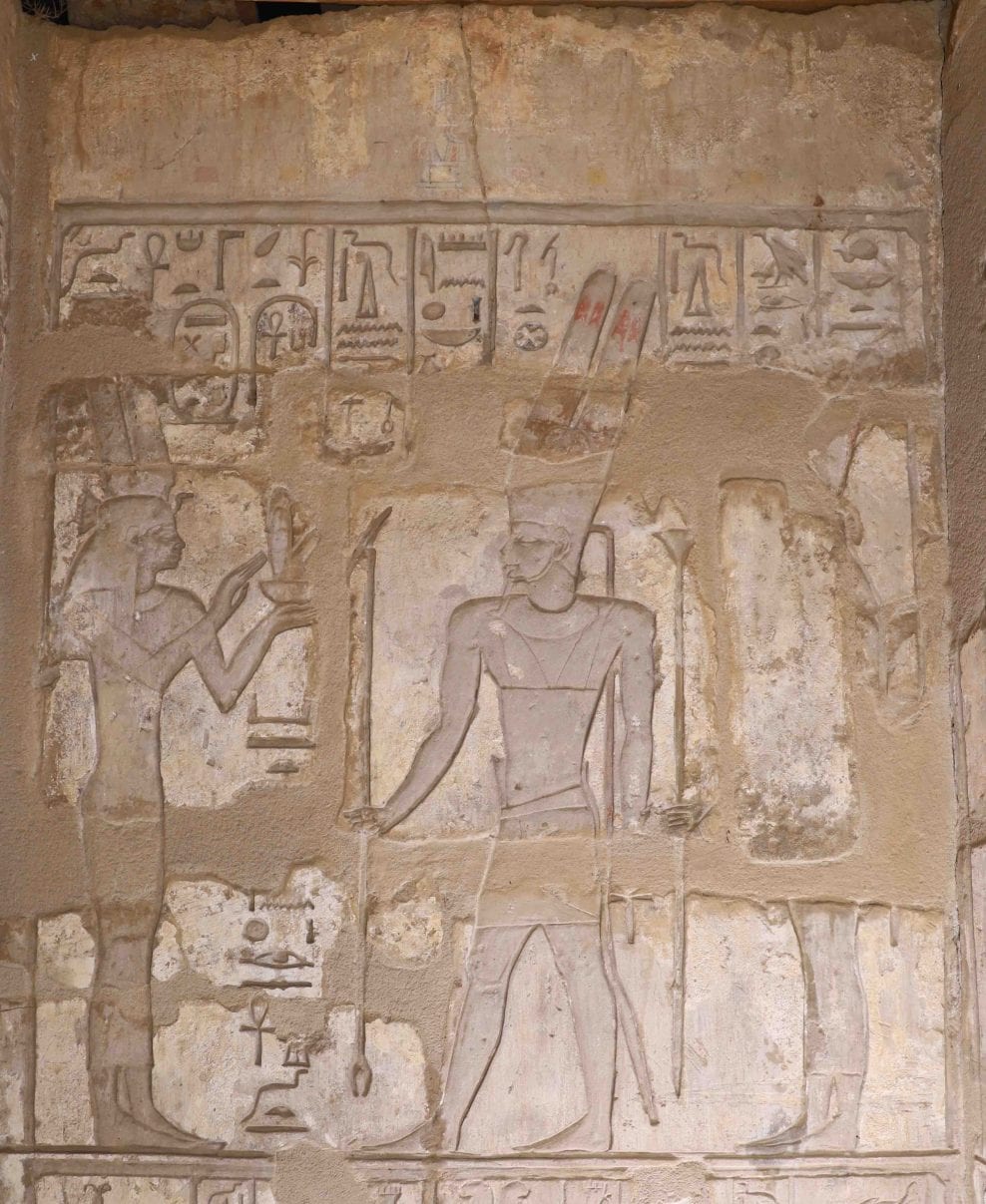 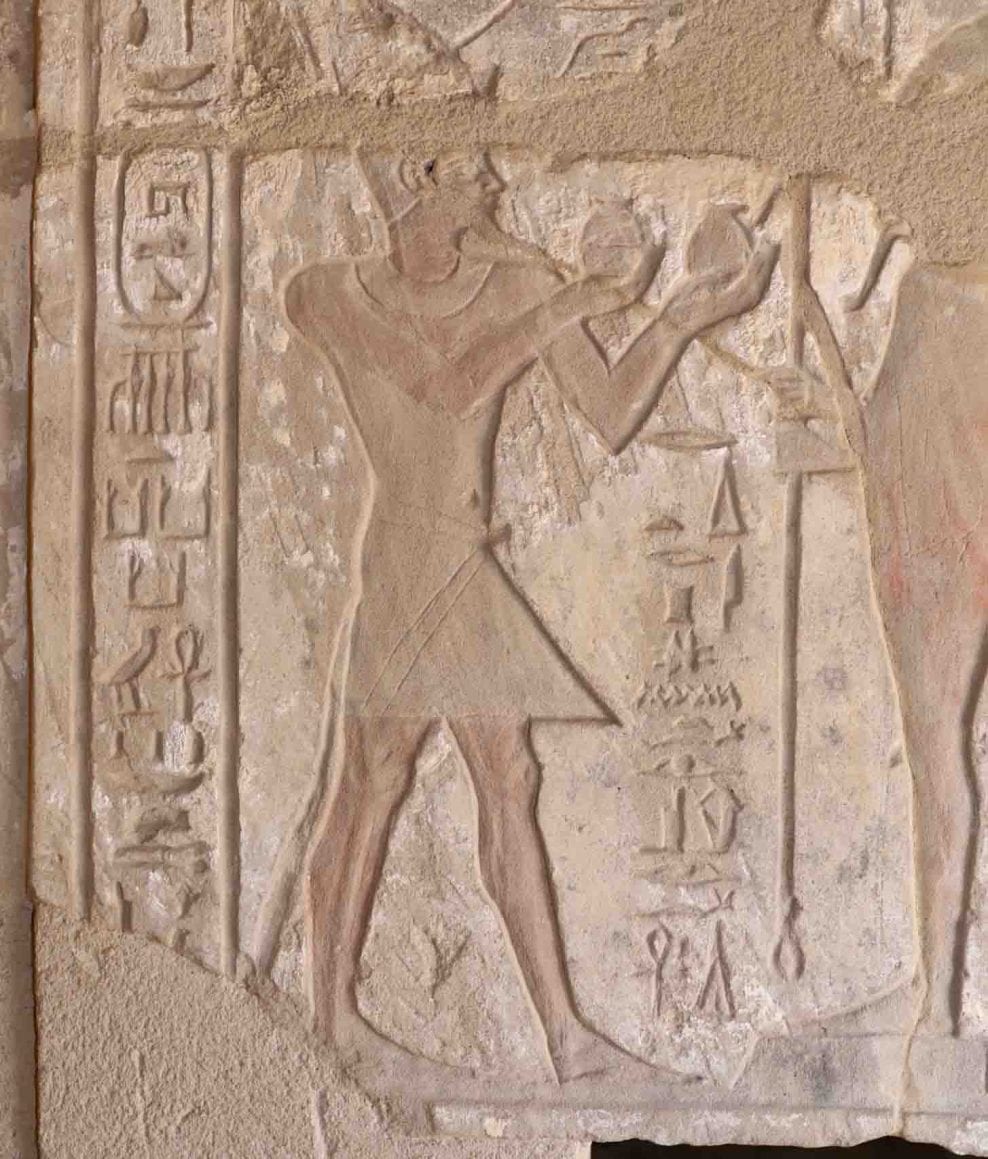 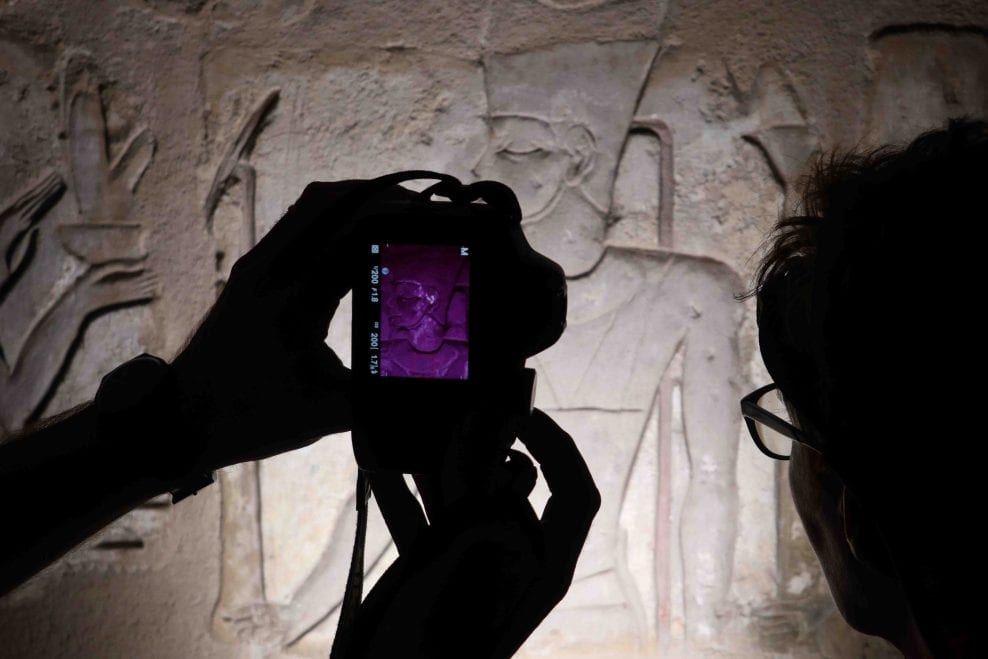