Barley Studio’s dedicated team of conservators, artists and craftspeople, led by Managing Director and Head Conservator Keith Barley, have restored a fine Georgian glasspainting to its former glory, following its near destruction in the bombing of Hamburg during the Second World War.

In 2009, the remains of a stained-glass window were discovered in the cellar of the ‘Katharinenhof’, a villa in Hamburg, during restoration works. The owners contacted experts in the Department of Conservation and Restoration at Erfürt University in Germany, who sent out a plea for anyone to identify the subject of the window. At the time Barley Studio, York, UK, were engaged in the re-creation of a very similar window for Sir John Soane’s Museum, London, and Keith Barley was able to identify the figure of ‘Charity’ from the foot of the child near the base of the image.

It turned out that both the Soane and Hamburg windows had been made by W. Collins of The Strand, London, around 1830, after the cartoon by Sir Joshua Reynolds for New College Oxford. Reynolds’ paintings of the Seven Christian Virtues were much celebrated, and the figure of ‘Charity’ in particular was widely copied for windows in London, Birmingham, Fareham, Kidlington, Craster, Papplewick and Goodshaw among others.

During the Georgian period, the traditions of making stained glass had largely been lost following the Protestant Reformation. The glass-painters of the time borrowed techniques from porcelain painting and panel painting, combining these with the use of silver stains traditional to stained glass. The ‘Charity’ window by the Collins glass-painters was an absolute masterpiece in style and technique, created on large pieces of clear crown sheet glass, with almost all of the colours resulting from the surface application of paints, stains and enamels.

The ‘Charity’ window was brought to Barley Studio, York, UK, after initial conservation at Erfürt University. First of all, we repaired and restored the original timber, lead and iron framework, creating replica sections where necessary. We then began to re-draw the detail for missing areas of the window, based on the Reynolds cartoon and informed by the shape of the window framework which exactly followed the outlines of the figures.

We carefully studied the surviving pieces and carried out many tests to achieve a successful restoration using modern glass, pigments, stains and enamels. Each piece was fired multiple times in the kiln to fuse all of the layers of colour. Surviving original pieces of glass were incorporated into the restoration as far as possible, using copper foil to join the old to newly painted pieces.

Restoring the ‘Charity’ window has been both challenging and hugely satisfying, learning from and emulating the great glass-painters of the early nineteenth century. 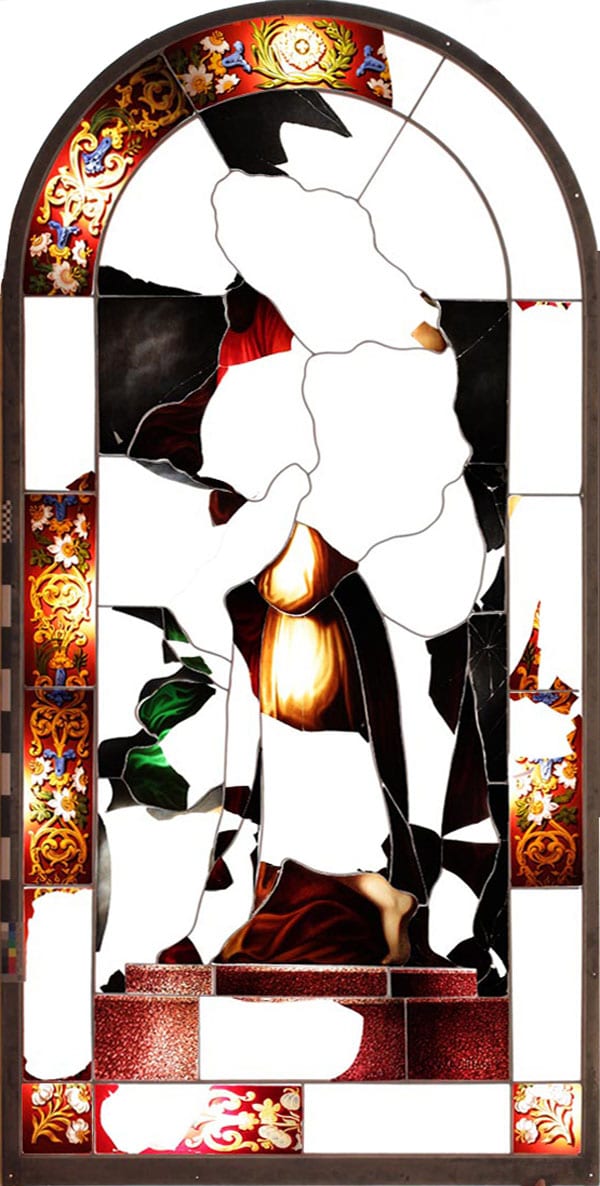 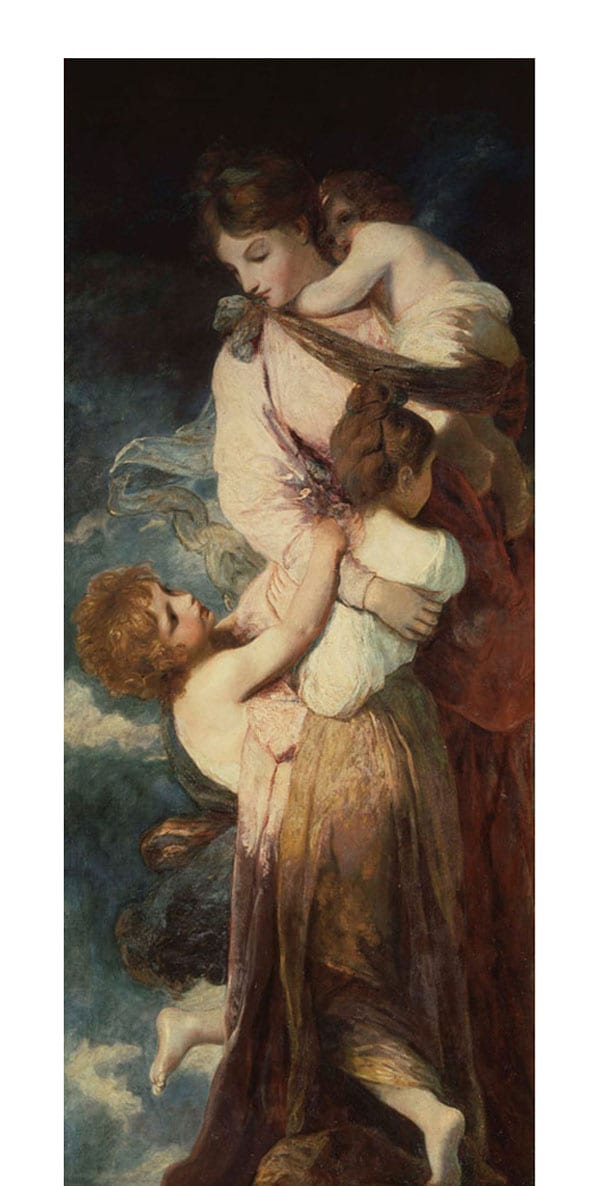 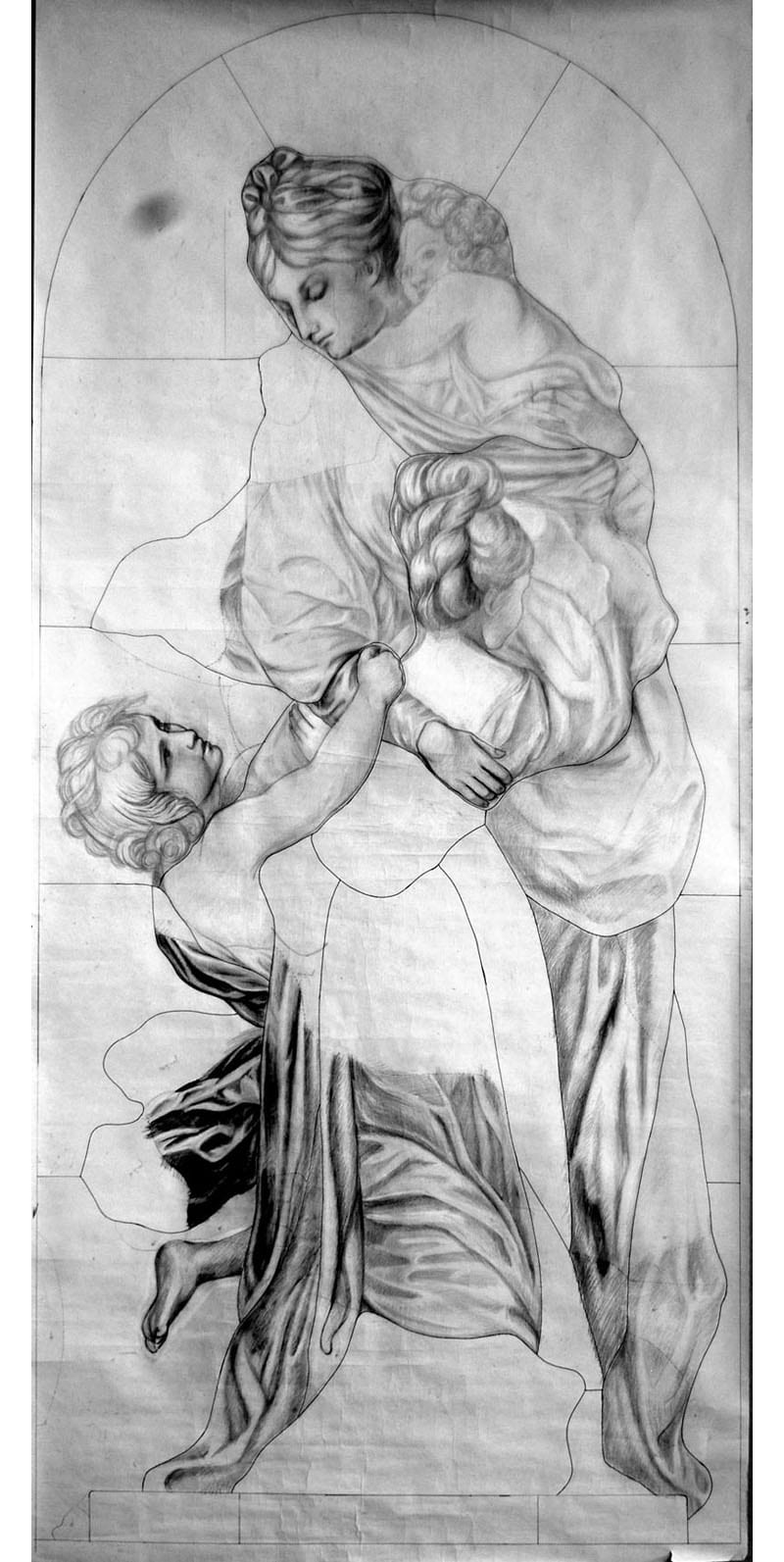 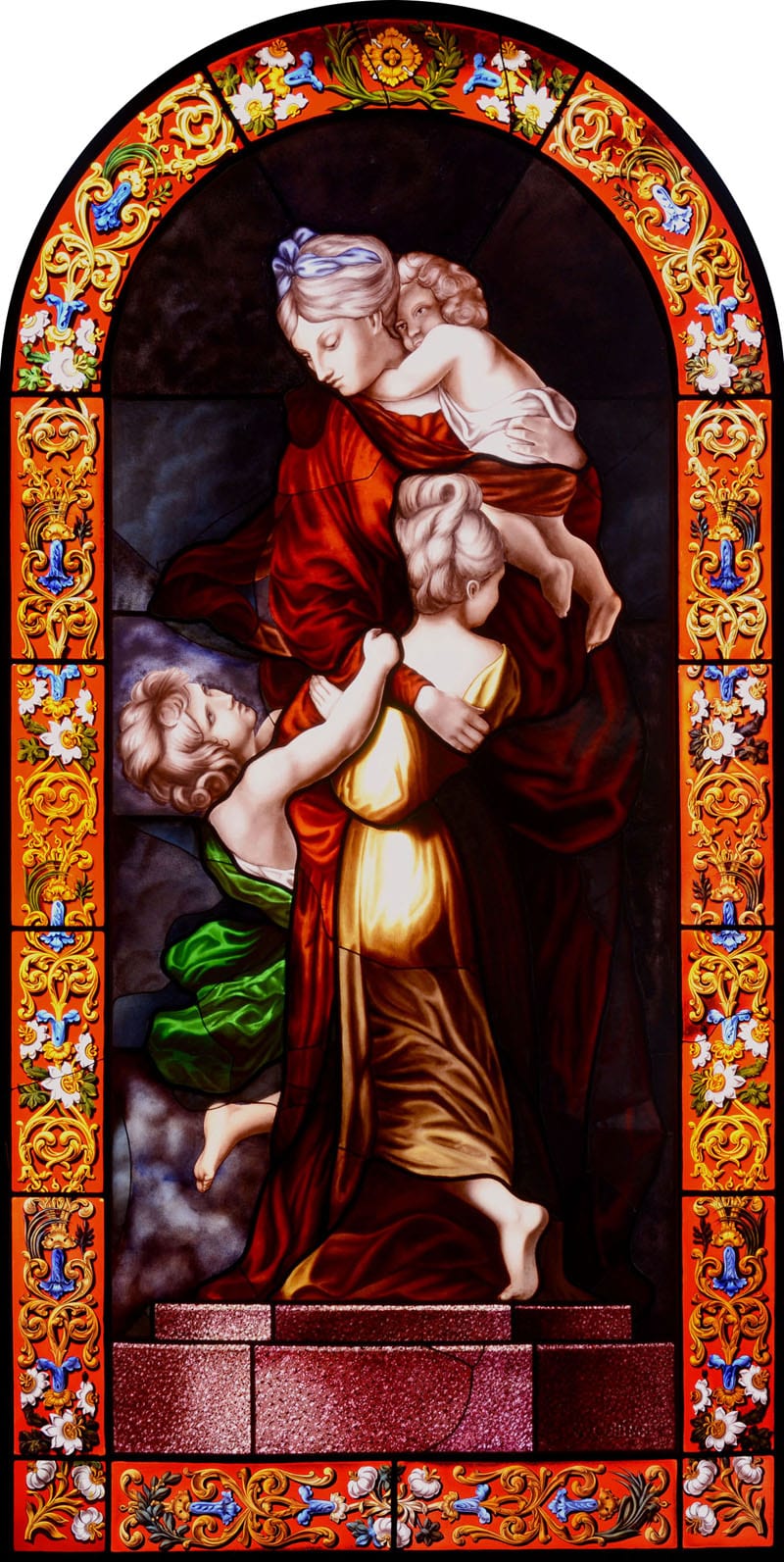