In 2019 I was asked by Alvah and Forglen Community Council, and the Friends of Forglen Hall, to restore their beautiful window at the back of their community Hall.

This unique window, depicting “Jacob’s Dream” by Clayton & Bell, was originally installed in Ardmiddle House in 1868, and had been gifted to the Hall when it was built after WW1 in 1924.

Unfortunately, time, and numerous impact damage had taken its toll, and almost one third of the window was either broken or, in some places, like the face of Jacob, completely missing.

I was given the challenge of bringing it back to life.

The first challenge was to find a similar, existing face, either by Clayton & Bell in another window elsewhere, or a similar cartoon of a recumbent Jacob. After several months and loads of enquiries to colleagues, nothing was found. However, during that time, I did become more confident in the drawing style of C&B, and used all of the material I found to finally draw a detailed cartoon of the missing body parts: his head, his hand, his foot. Other pieces were easier to copy, such as drapery, border flowers etc. If all of the glass was still there, I used conservation methods to retain the original glass, such as copper foil or resin and plating, as appropriate.

The exact type and colour of the original flesh glass was a very pale green. I sourced an excellent match in Tatra. The original paint was a reddish brown, and mixed my own using various Debitus enamels.

Every new piece of glass was cut and painted two or three times, to give me several options to choose from. In the end, this proved to be a really good decision, as two of the heads did not survive the final firing: the differences in temperature between the soft Tatra and the hard Debitus combined with the multiple firings, proved just too much for two of them. In the end, everything was successful, and the  glass is back in place, in the community hall, protected on both sides with ventilated, toughened glass plate. 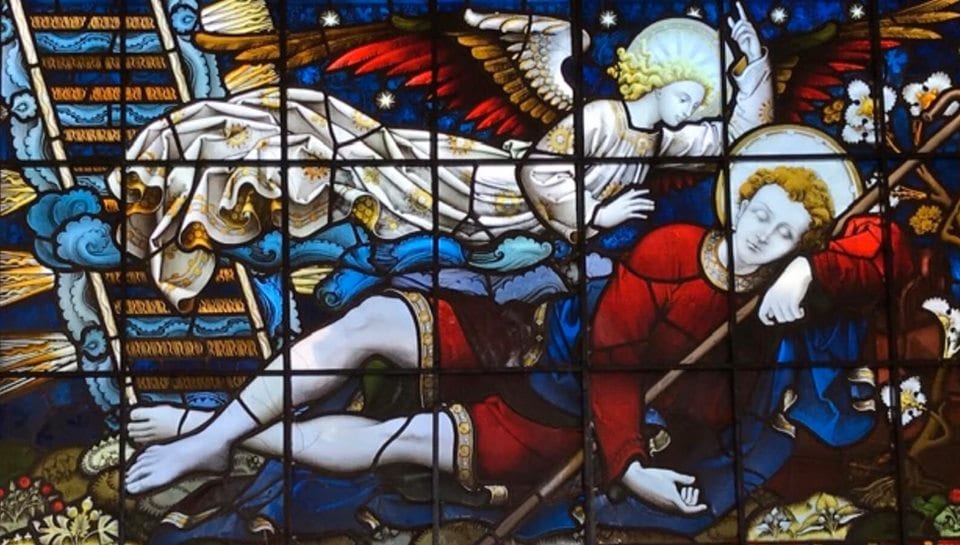 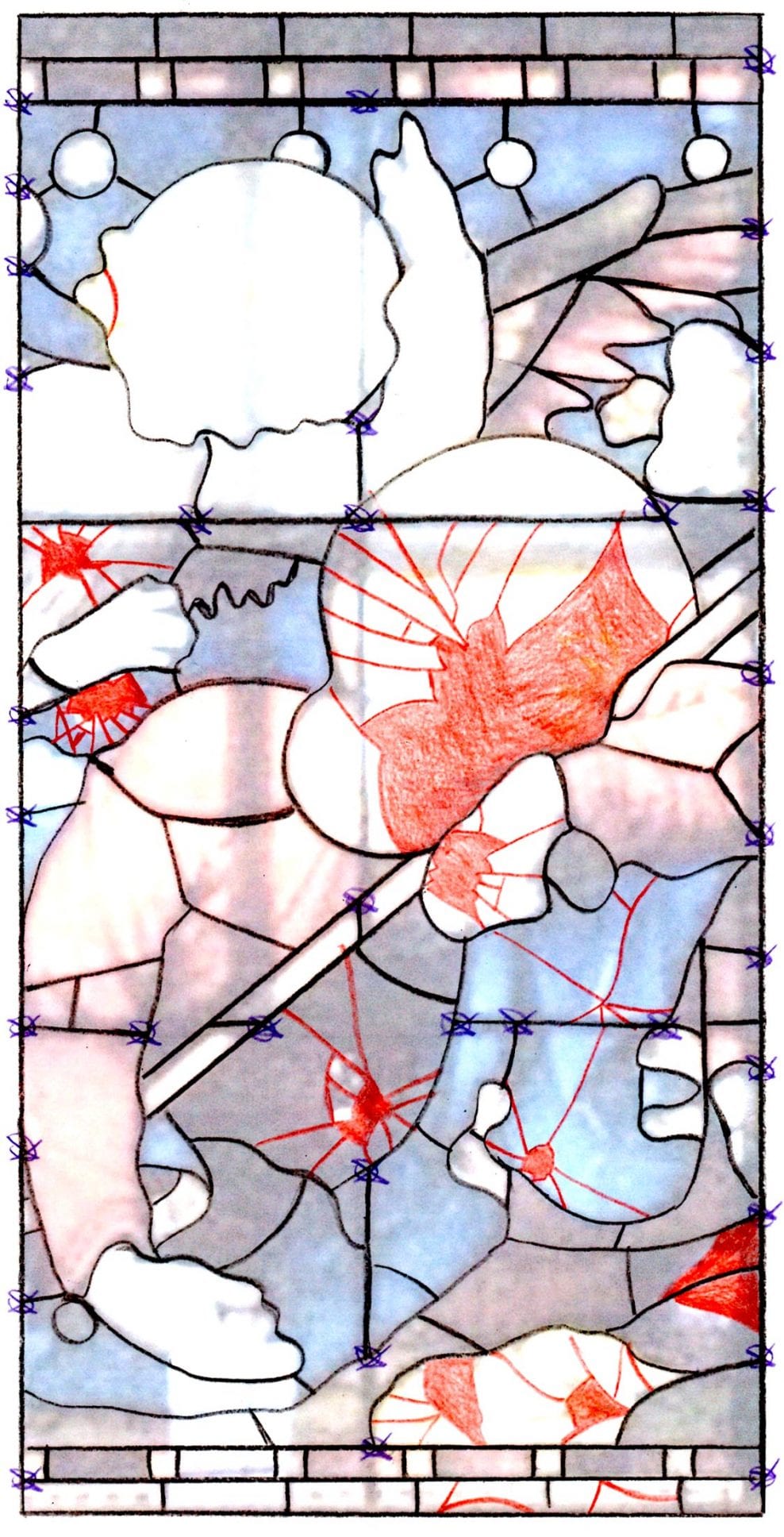 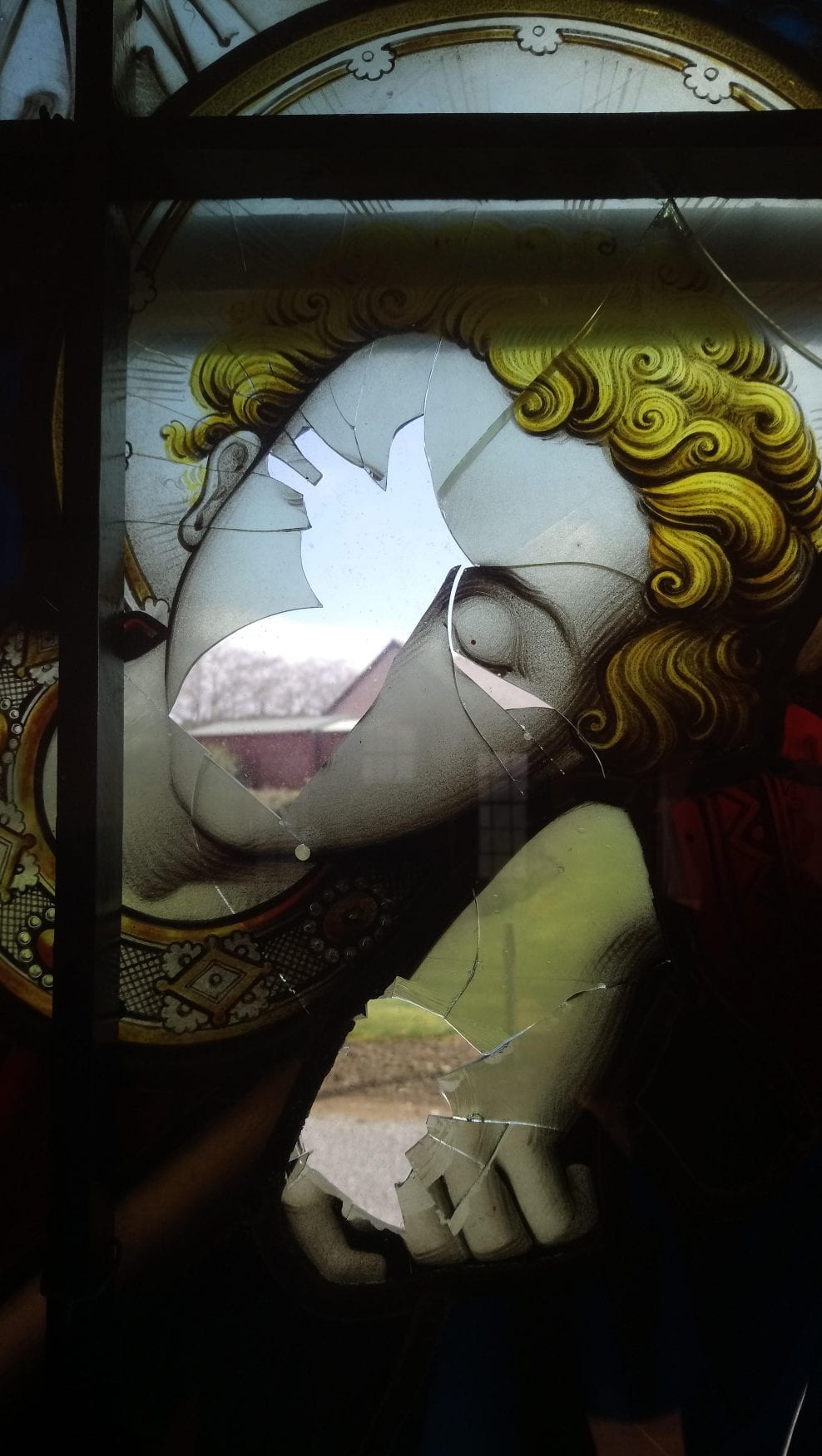 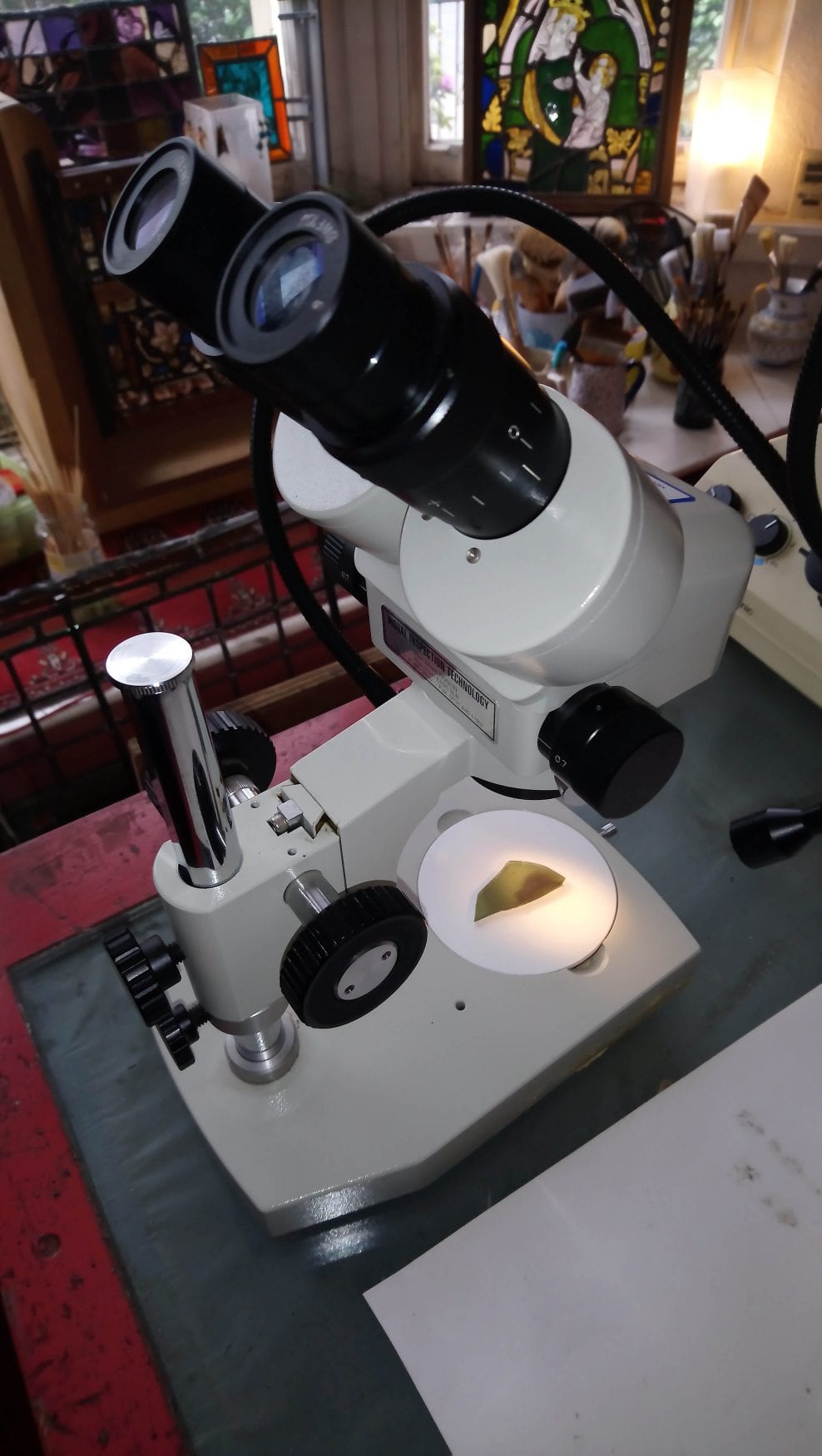 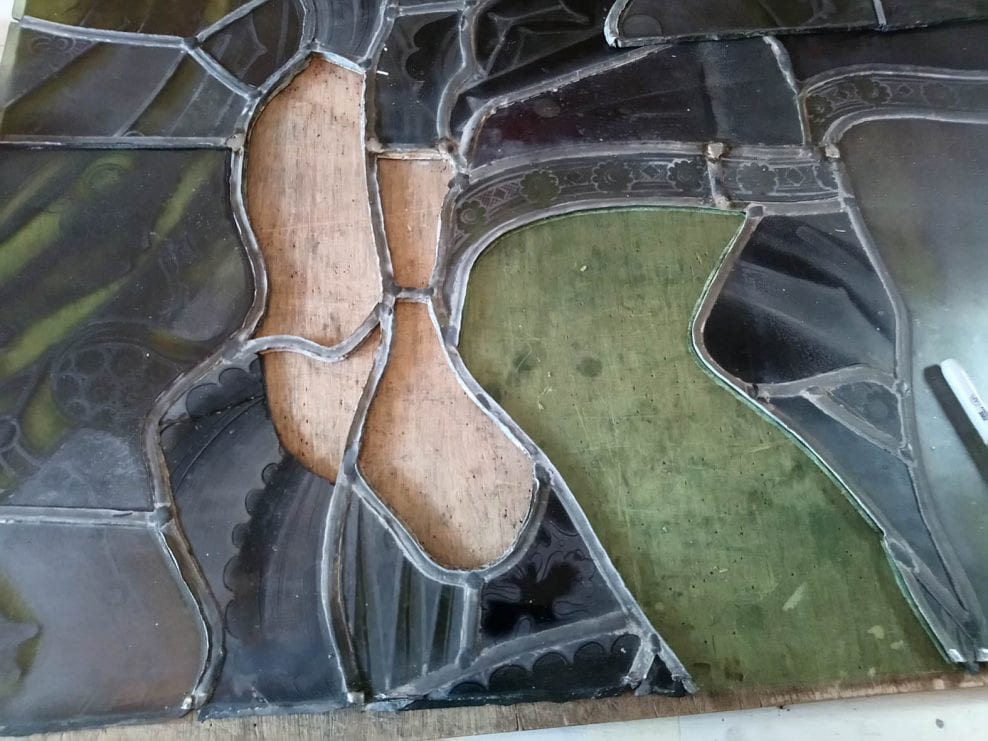 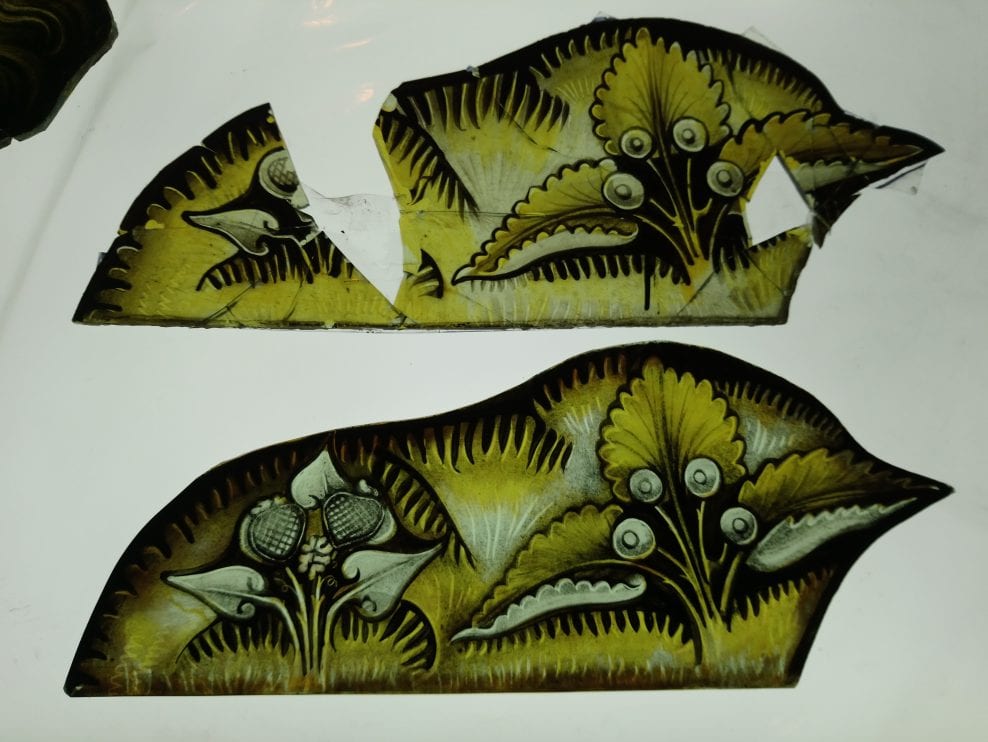 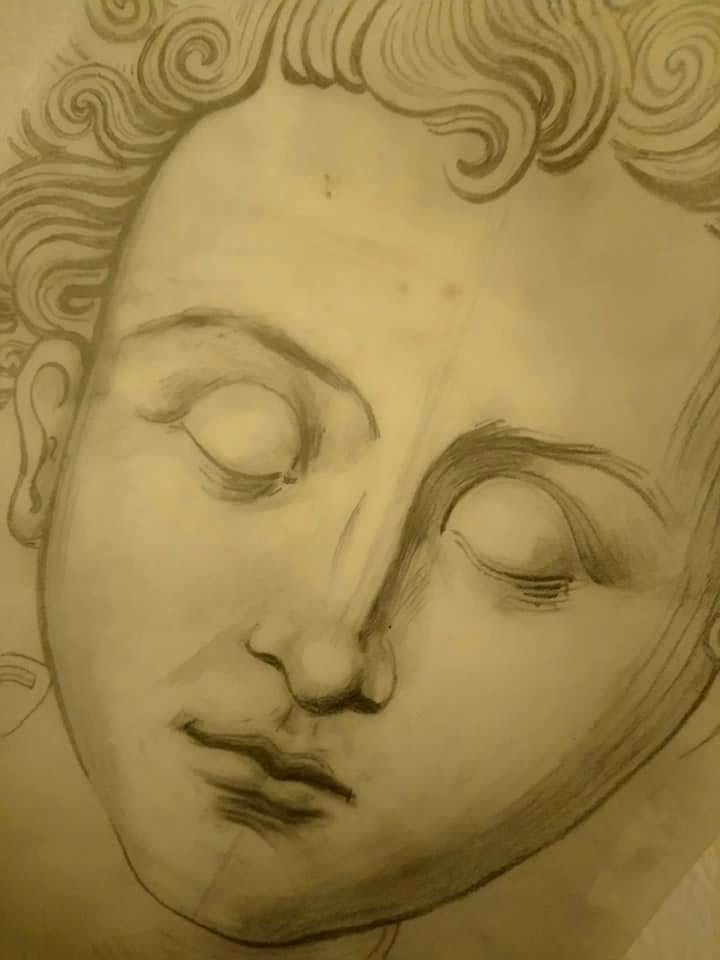 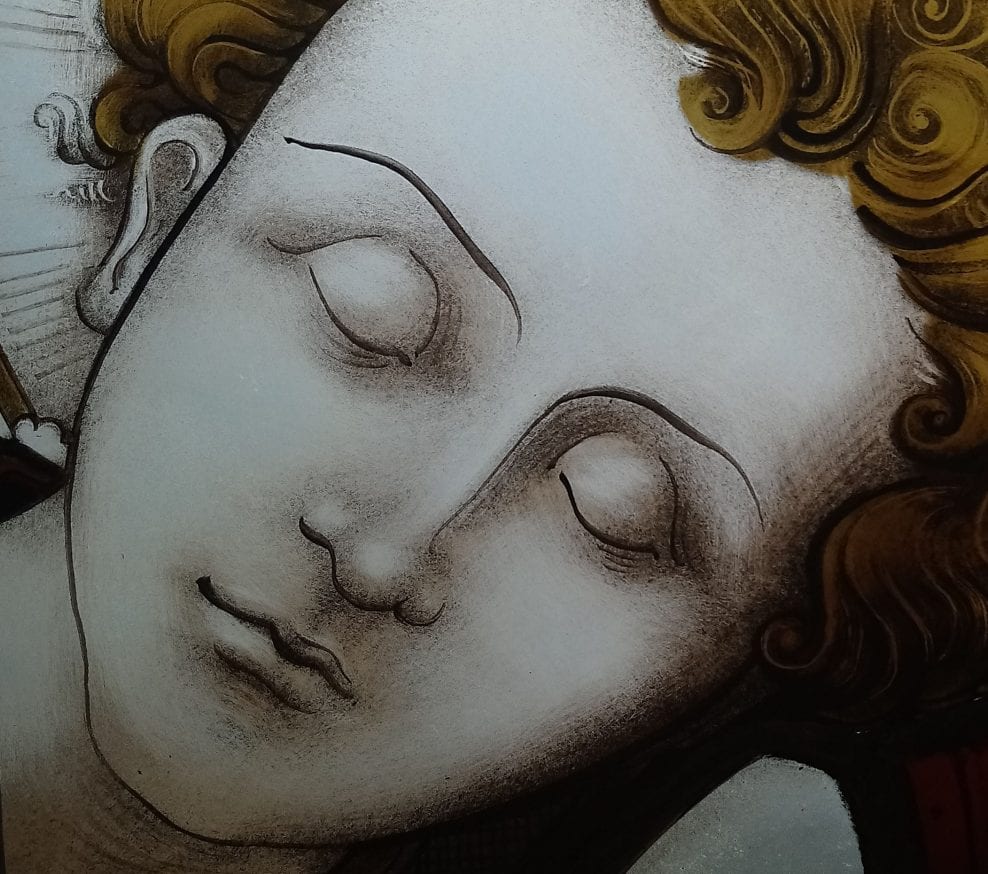 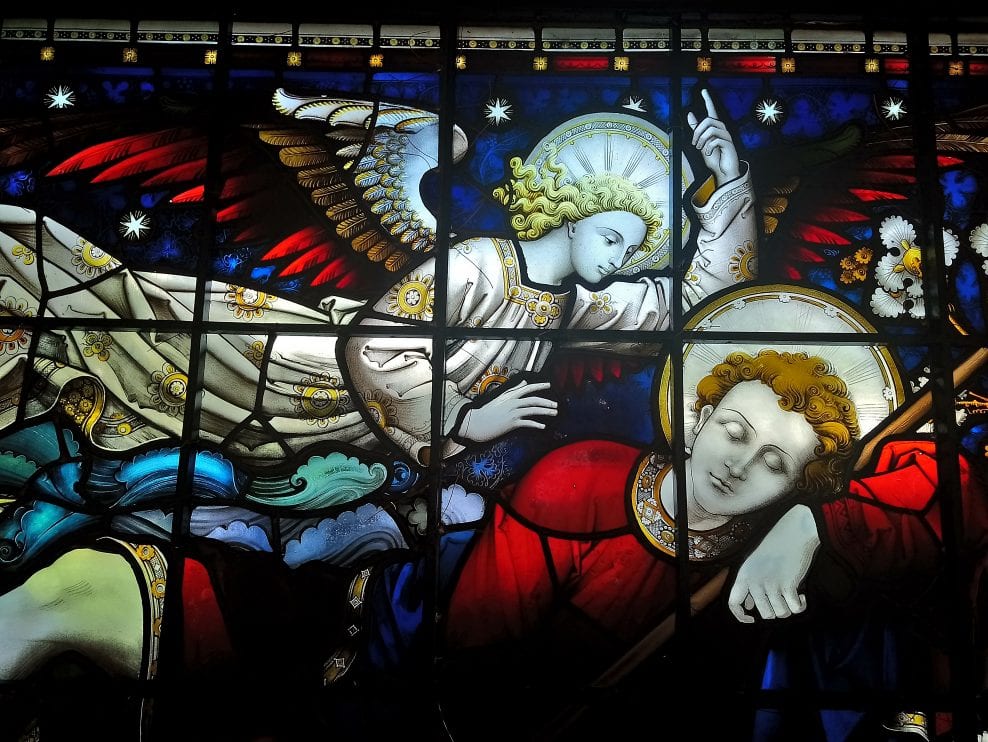 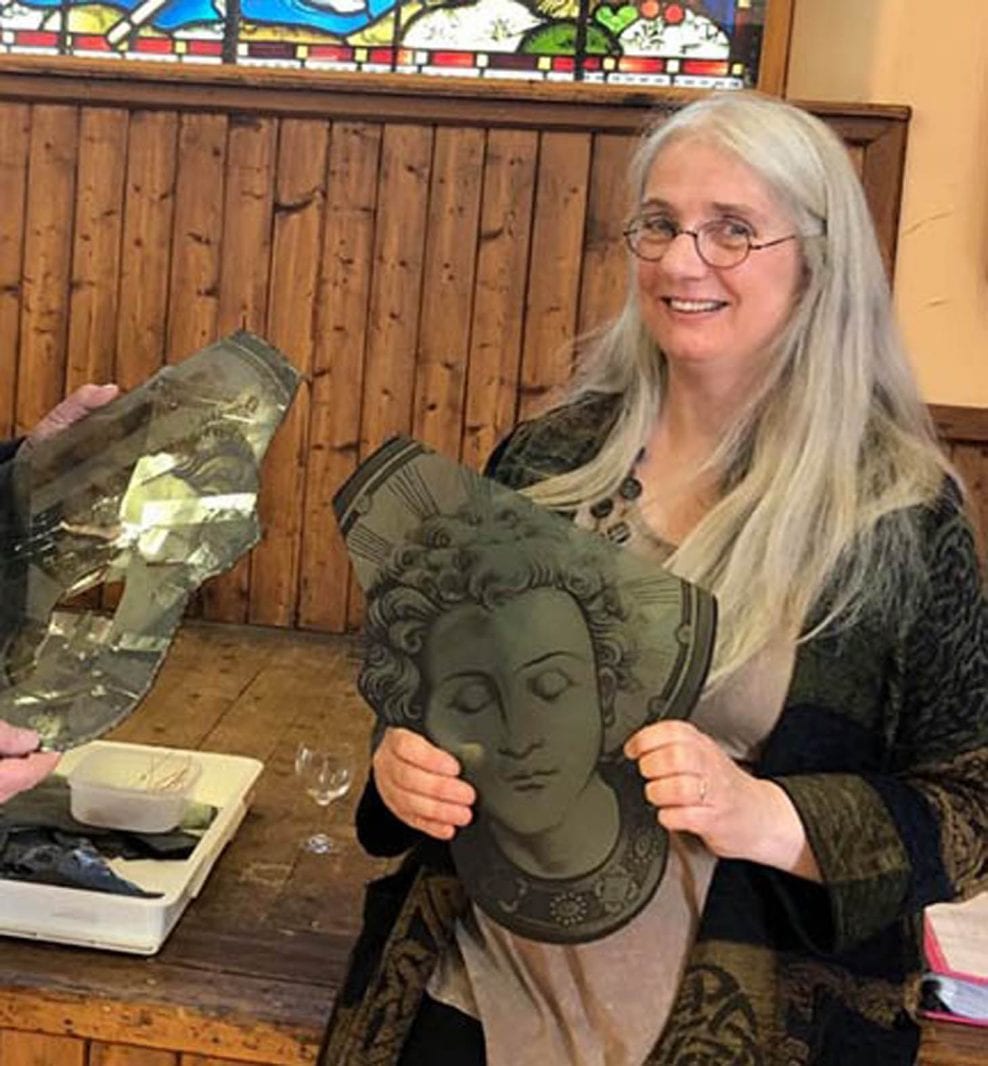