This project includes examples of:
Documentation including, Condition Reporting, producing a Final Treatment Report and Future Care Recommendations.
Project management, Including managing a team of Conservators both in the studio and on-site
Working in Collaboration
Transportation and Logistics

‘The Adoration of the Magi’ a well-known tapestry, the design originally commissioned by John Prideaux Lightfoot the Rector of Exeter College in 1886, where both William Morris and Edward Burne-Jones were former students.
Several versions were later commissioned including the tapestry in St Andrews Church, known as the Arts and Crafts Cathedral of the North and this is where I first viewed the tapestry in 2008 along with two William Morris carpets that are situated in the nave.

I composed condition and treatment reports for the cleaning, conservation and re-installing of the ‘Adoration of Magi’ tapestry alongside the proposals for the cleaning, conservation and reinstallation of the two William Morris carpets in the Nave of St Andrews. Both the tapestry and the carpet reports were needed for a funding application with the Council for the Care of Churches.

The proposal was revised in 2015 and funding for the tapestry was made available in 2017. The work was completed in 2018. The funding for the carpets came through in 2015 and the carpets were conserved and reinstated into the church in 2016. The project involved the removal of the tapestry from St Andrews and transporting it to the London studio. This was achieved by releasing a rope that had been fed through a series of rings and attached wooden frame.

At De Wit the cleaning system is operated with an automated controlled computer, that included ‘automatic sampling of water used and water extracted; analysis of the temperature, pH, conductivity; a high-definition moving and remote controlled camera with a zoom lens set for taking close-ups images. The tapestry was held in place on a suction table that distributes and draws the conservation grade detergent and deionised water solution through the textile in the form of a fine spray. This allowed the treatment to be carried out without the tapestry being wet for any length of time. Controlled drying was carried out using suction and blotting paper sheets.

On return to the London studio, conservation stitching was implemented, to support any loose slits and weak areas. It was then interlined with cotton-down proof fabric to provide protection reducing the accumulation of dirt and access to insects.

The Lining. The original seams of the lining were released, it was wet cleaned in a 2% solution of Dehypon LS54 in softened water and rinsed in deionised water. The panels were re-joined and stitched to the down proof lining. Loop sided Velcro® was machine stitched to a webbing tape, this was hand stitched along the reverse side of top edge, and ‘L-shaped’ tabs were made for the bottom two corners.

A final surface clean at the studio and it was transported back to St Andrews. The wood within the frame and the frame were thoroughly cleaned. A wooden batten was screwed to the back board along the top and in the two corners. A strip of hook sided Velcro® was stapled to the battens. The tapestry was then reinstated with in the existing frame. Once installed, together with the two William Morris carpets the whole Nave was transformed. 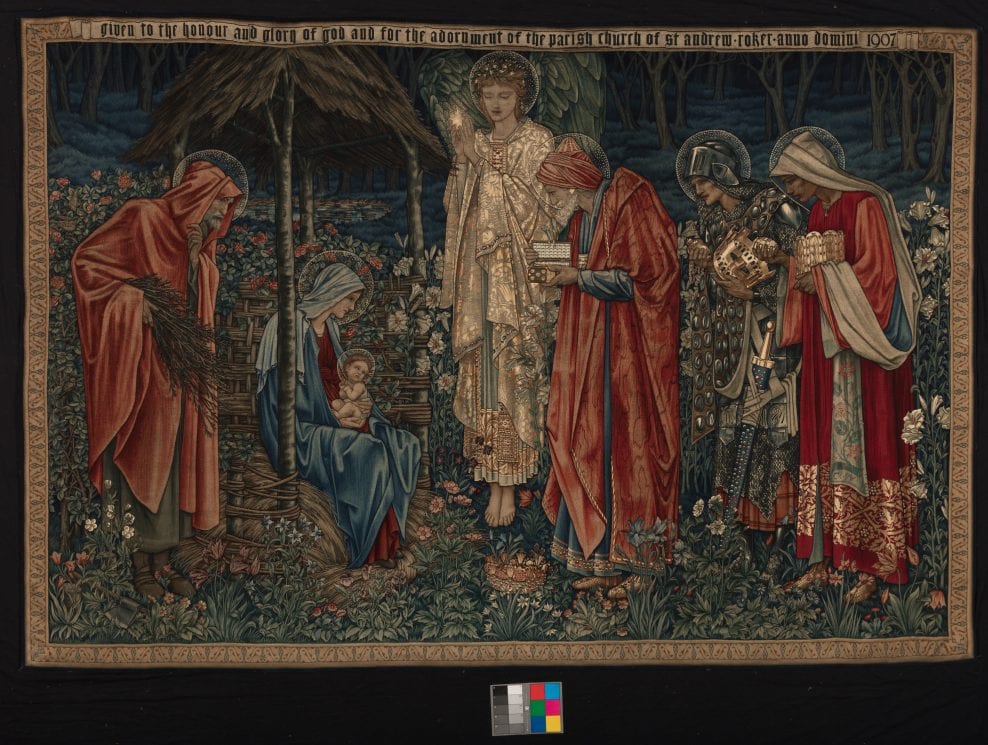 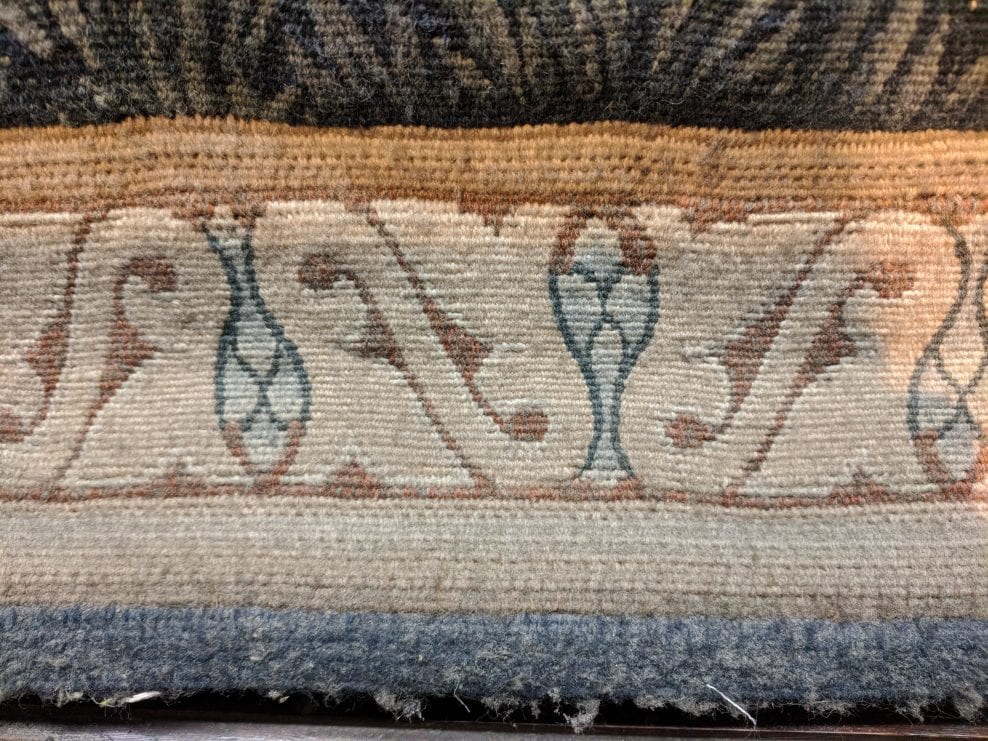 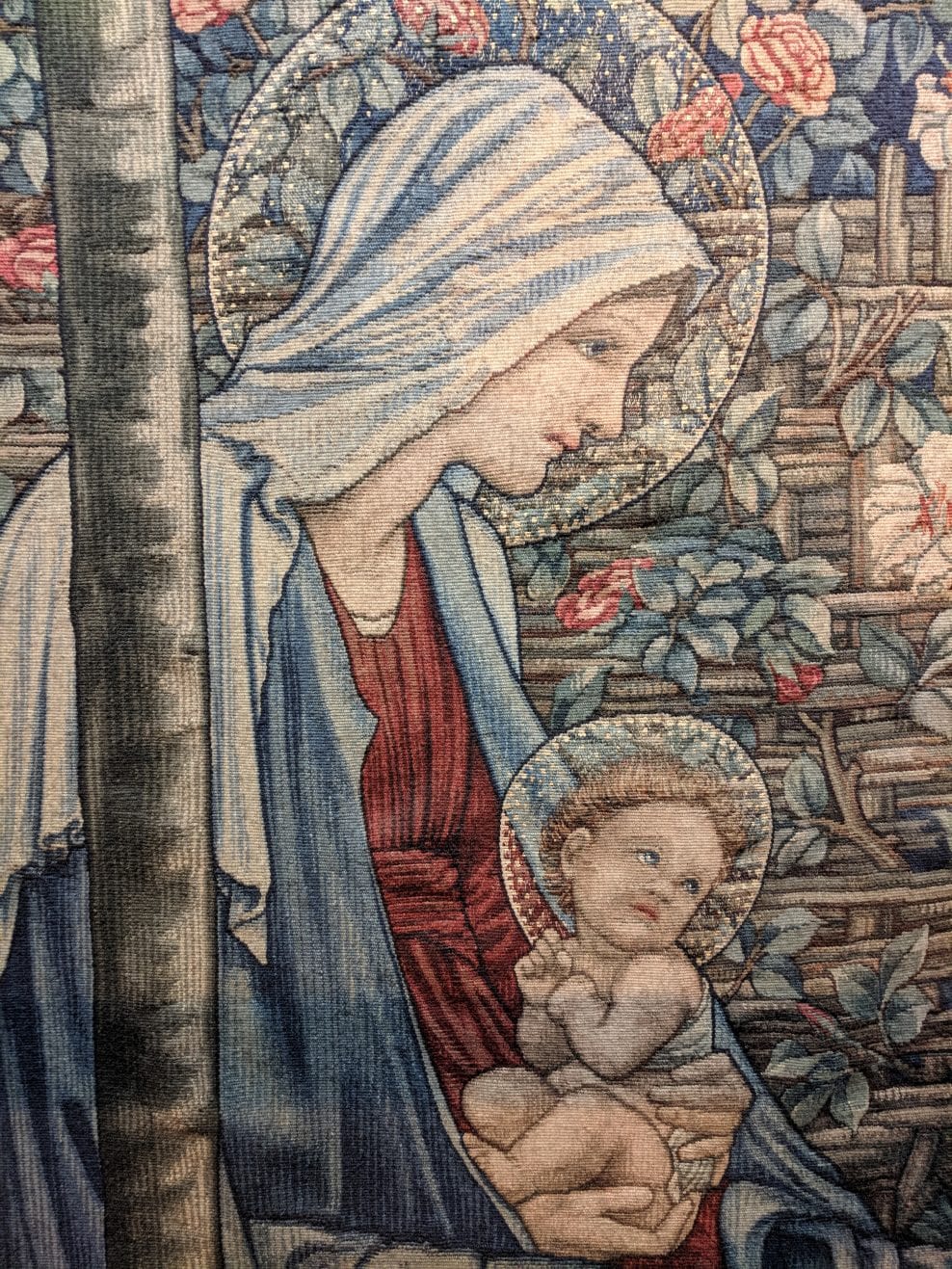 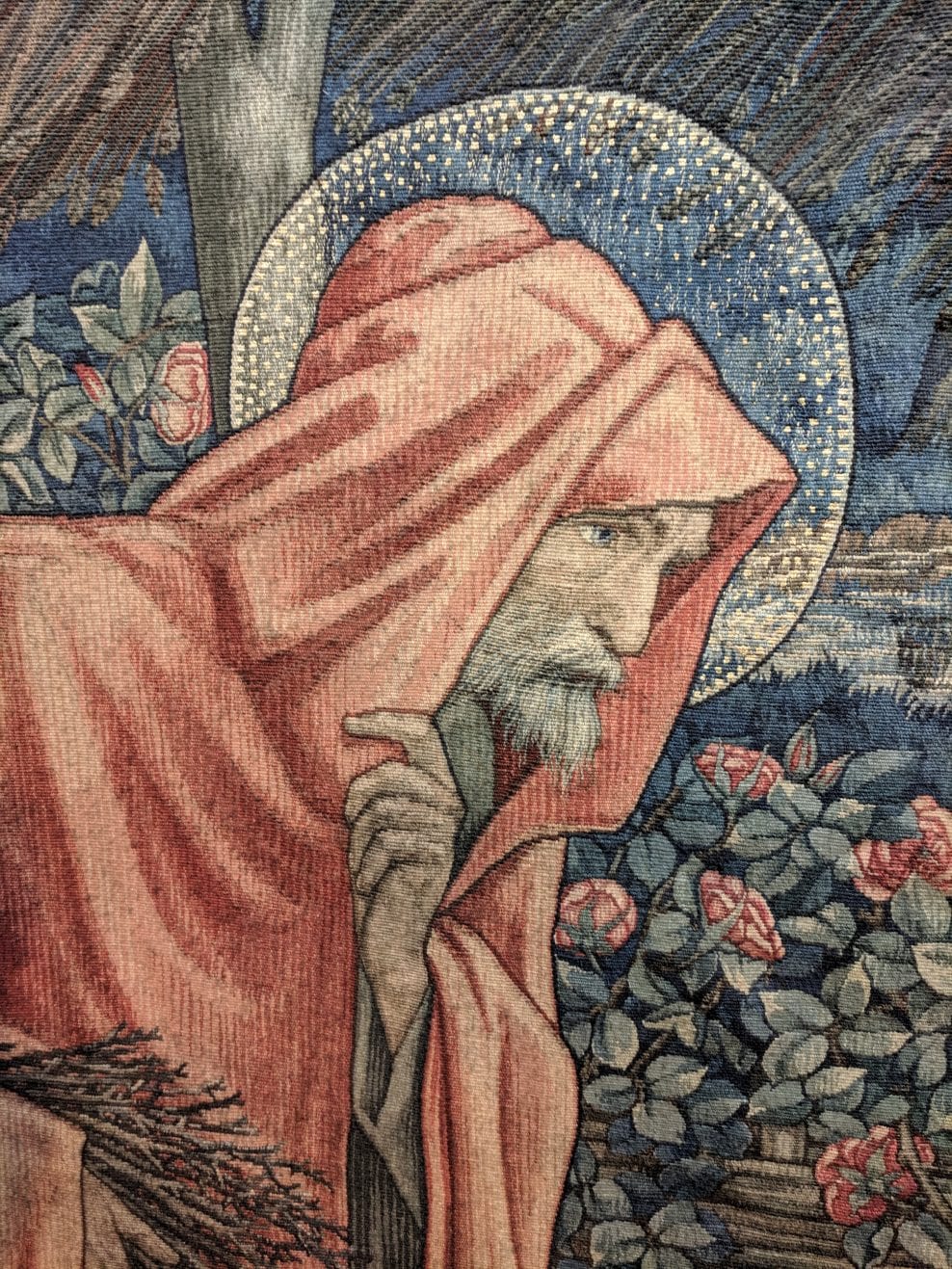 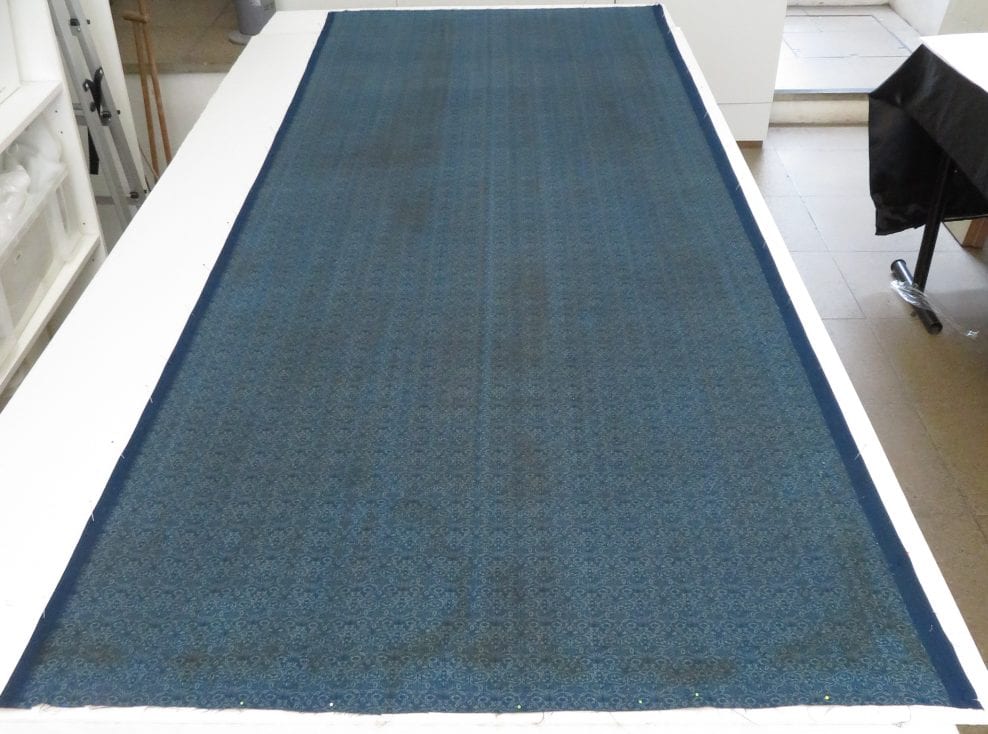 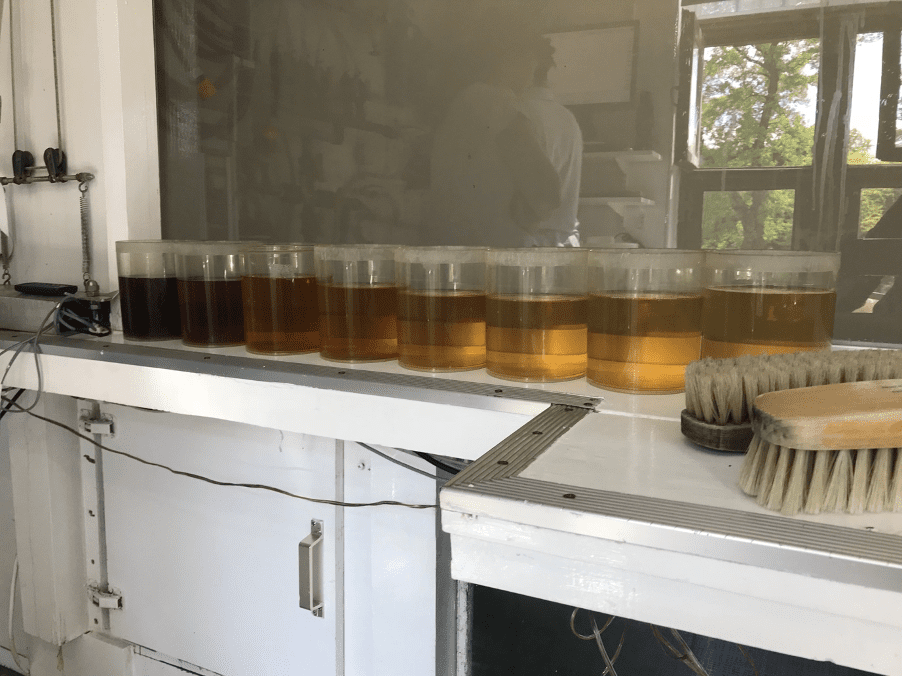 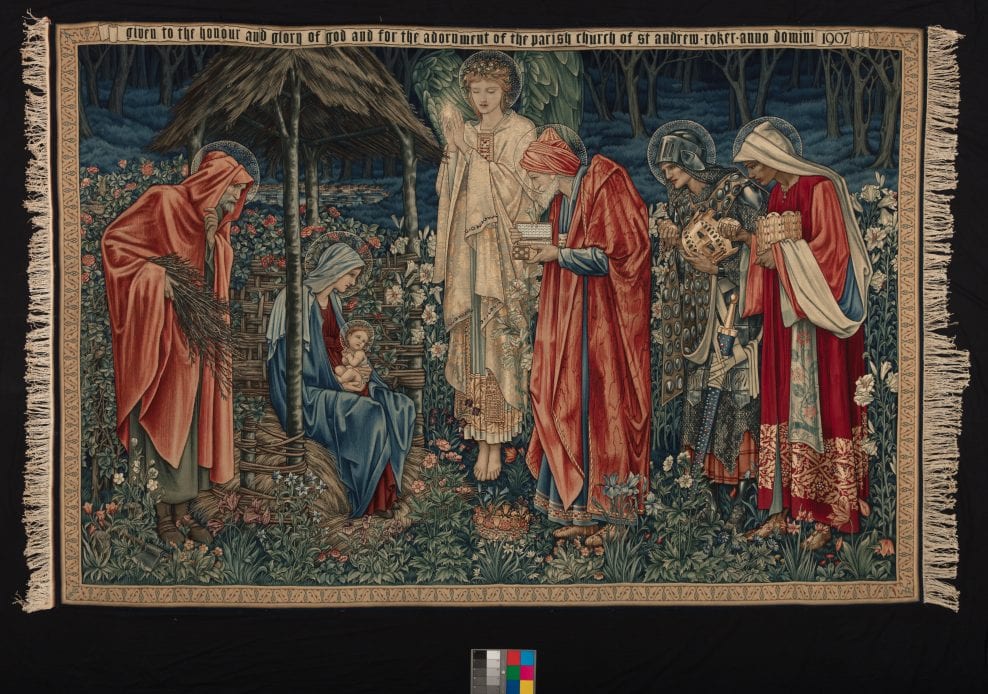 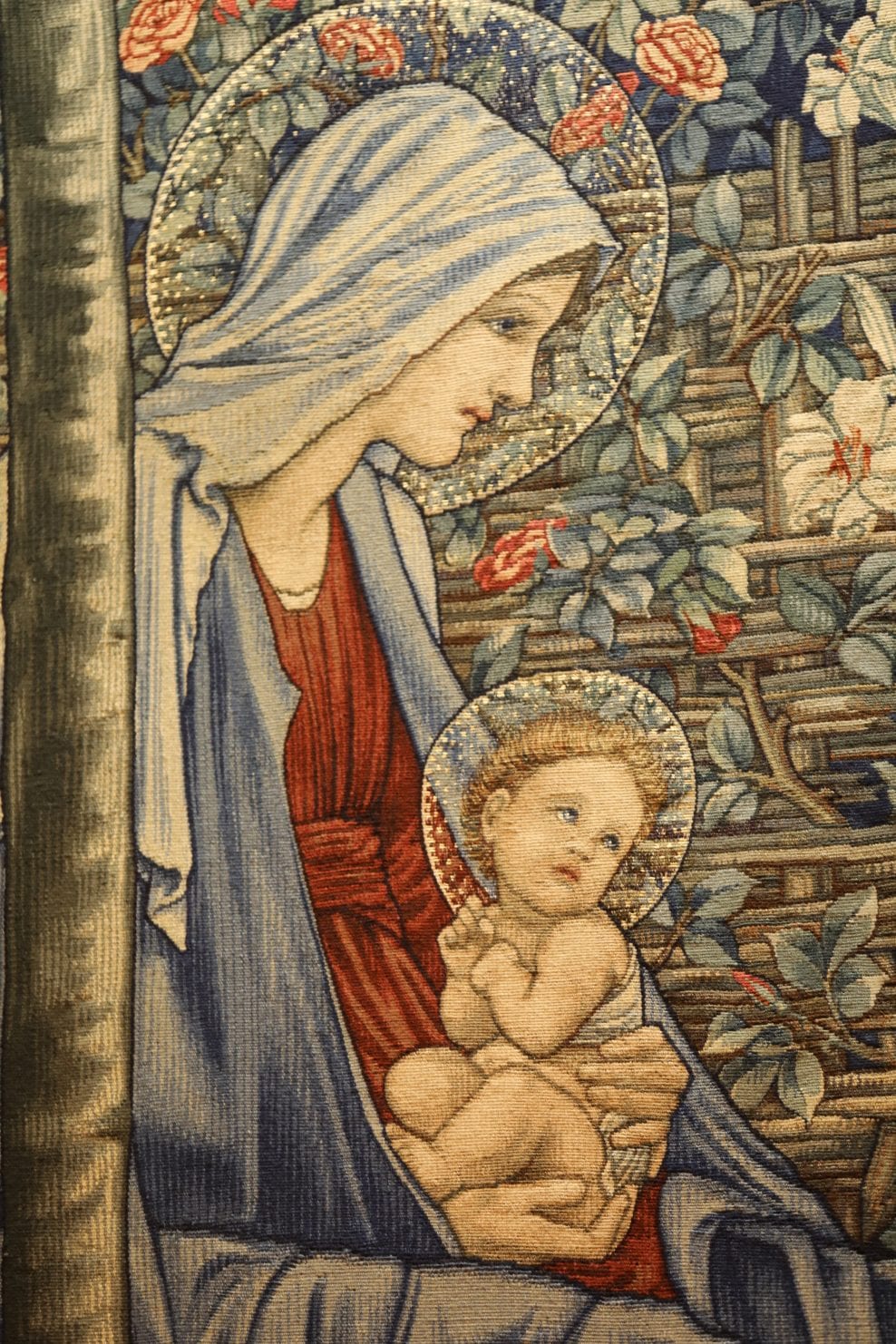 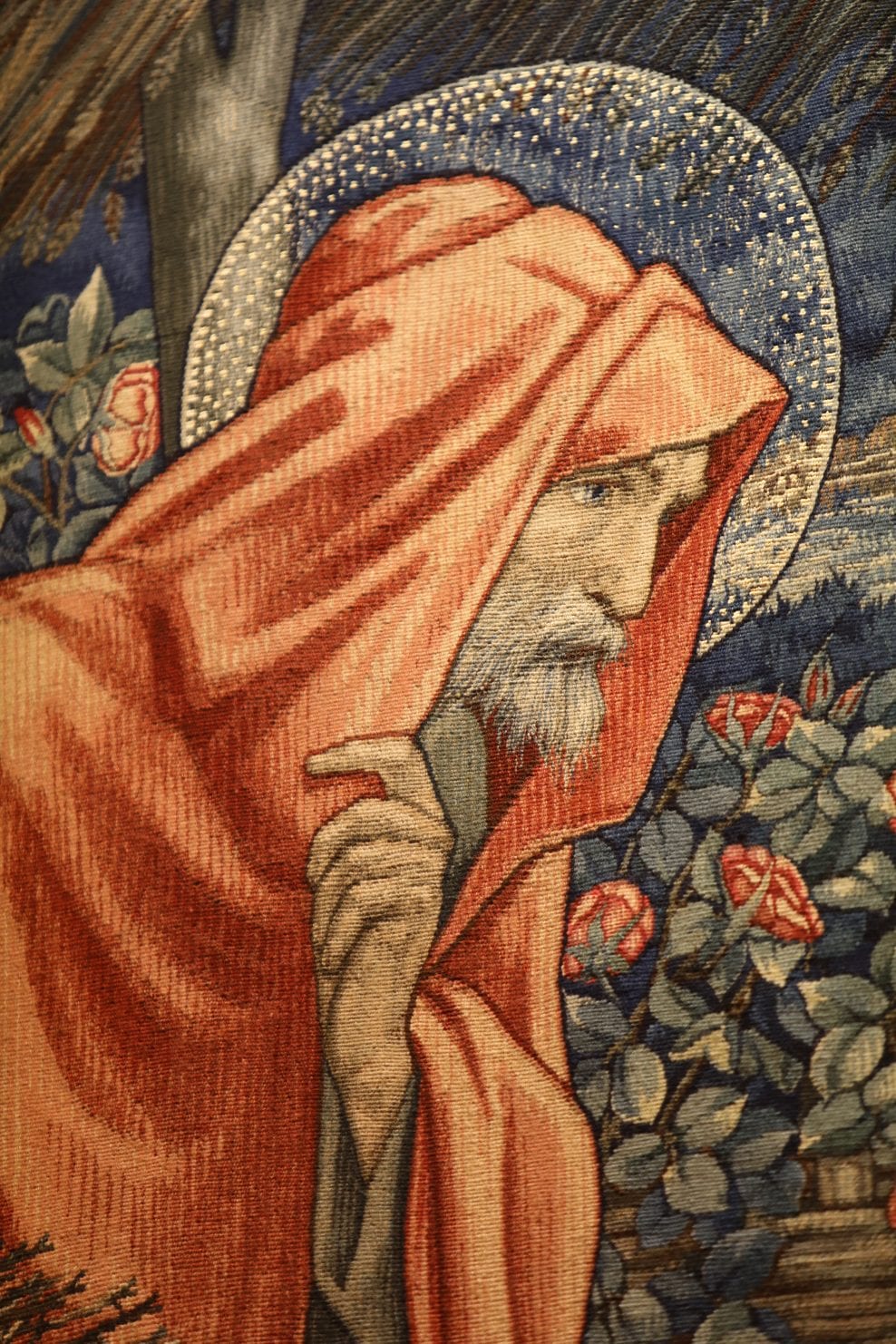 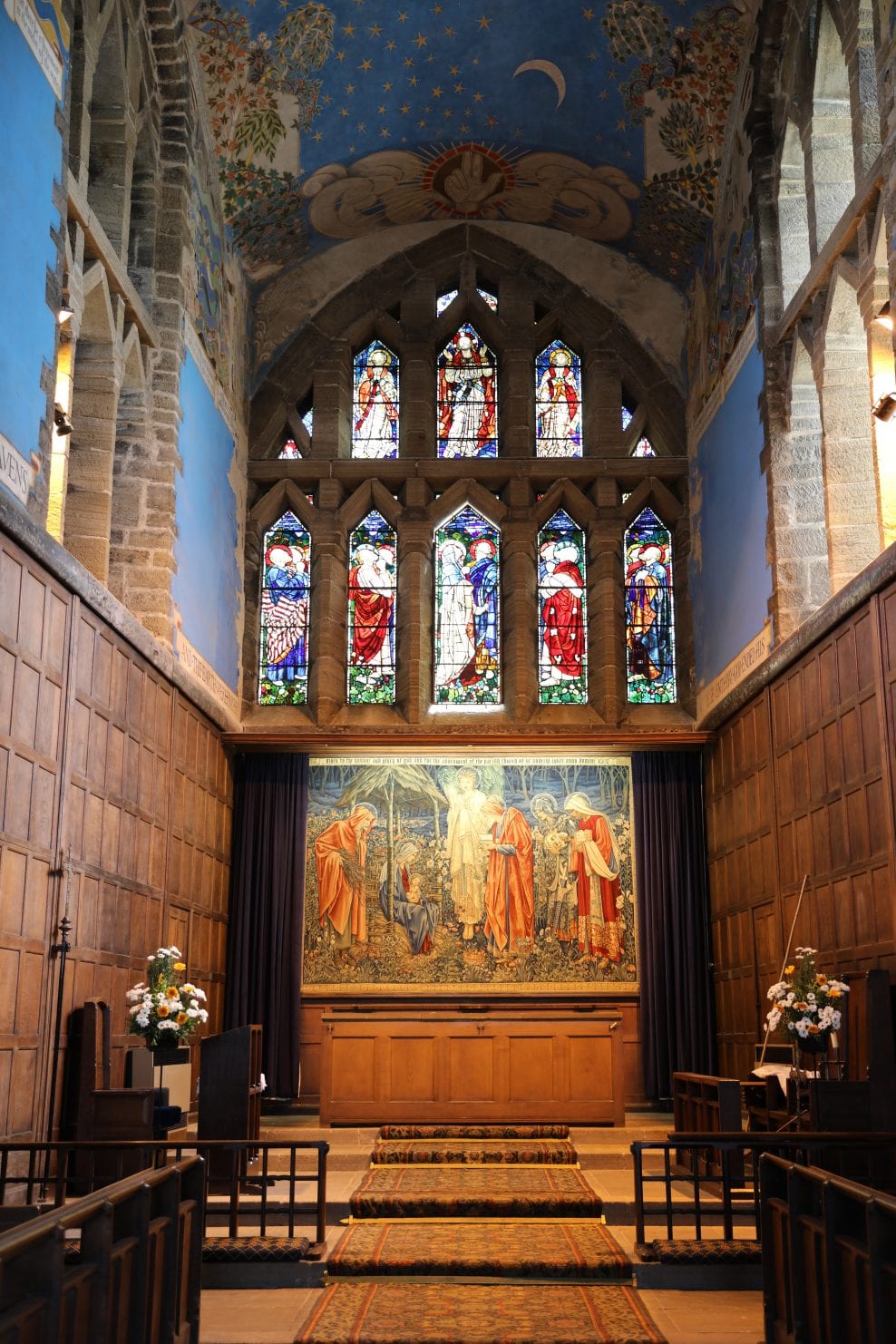