Dyers banner: conservation and mounting for display in a refurbished museum

A perilously split painted silk banner had been repaired with lengths and lengths of self-adhesive tape on both sides. The repairs had failed and stained the banner. The adhesive residue was removed, and the banner was stabilised. It was mounted for display and safe handling in a newly refurbished museum.

The Dyers carried this Fraternity of Dyers banner in Linlithgow, Scotland, at the town’s Annual Riding of the Marches.  It is a double-sided painted banner on a cream-coloured silk, with yellow fringe.  The banner had split in numerous locations between the unpainted silk ground and painted areas.  Its yellow fringe was too short, causing puckering of the silk ground.  The banner was also badly crumpled.   It needed conservation in order to be safely displayed in a newly refurbished museum.

The banner was in a perilously unstable condition.  The multitude of splits in the silk had been repaired with lengths of self-adhesive tape with clear carrier on both sides of the banner.  As the adhesive had degraded over the decades, the carriers had largely fallen off the banner.  The remaining adhesive residue on the painted areas had formed a glassy shiny residue film.  In the cream-coloured ground silk the residue was sticky, yellow and highly visible.  It had made its way through the structure of the silk, staining both sides of the banner.

It was still just about possible to remove the adhesive residue from the banner close to completely working with a fine scalpel blade, soft erasers and organic solvents on a suction table under magnification.  The splits were then supported with about 120 small, heat-activated adhesive-coated patches of semi-transparent silk dyed to tone with the banner.

The banner was relaxed with moisture, re-aligned and dried as flat as possible under lots of light weights.  It was stitched on a fabric-covered mount for support, making it safe to display and handle. 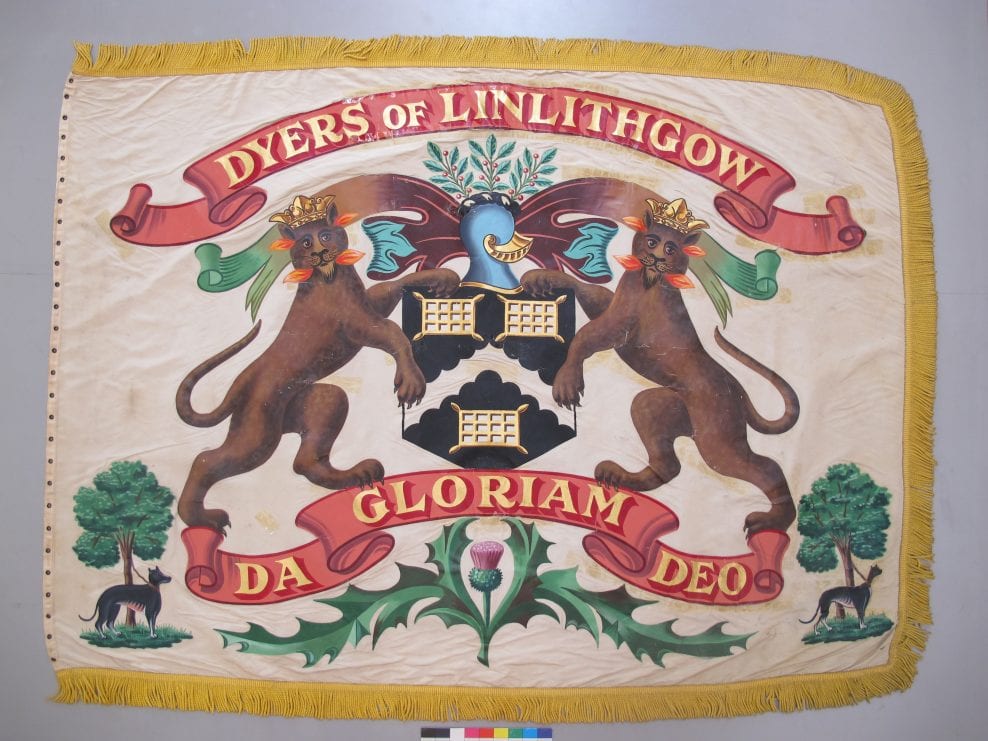 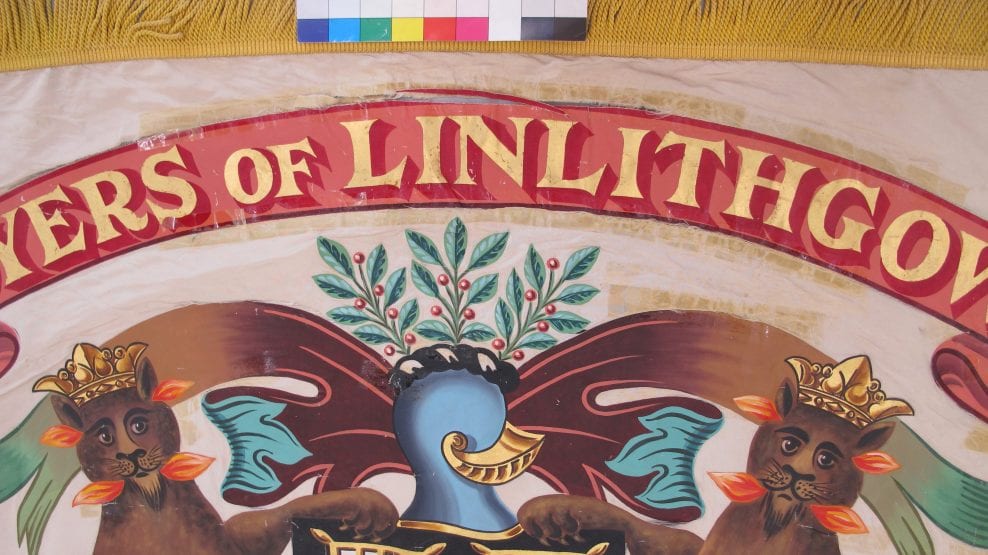 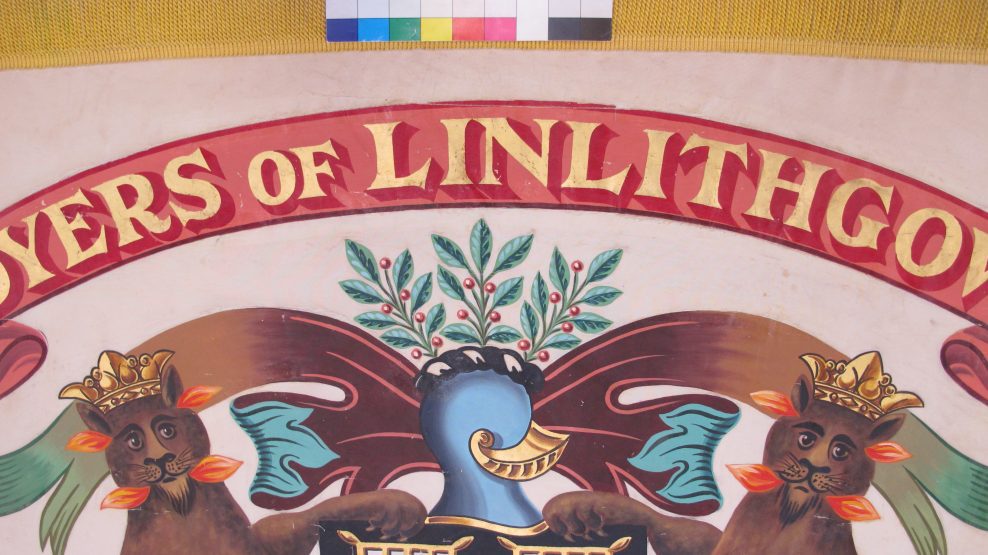 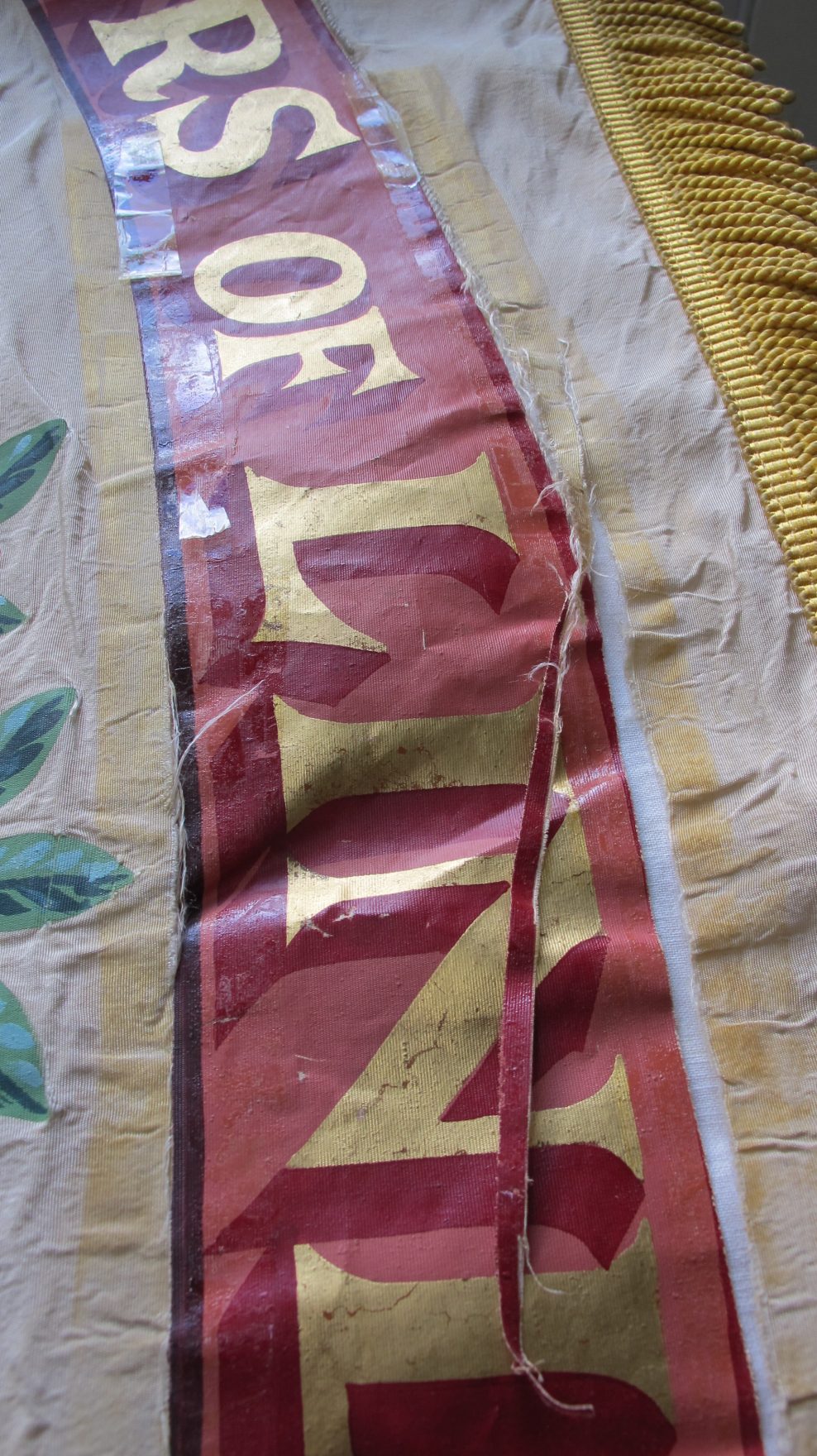 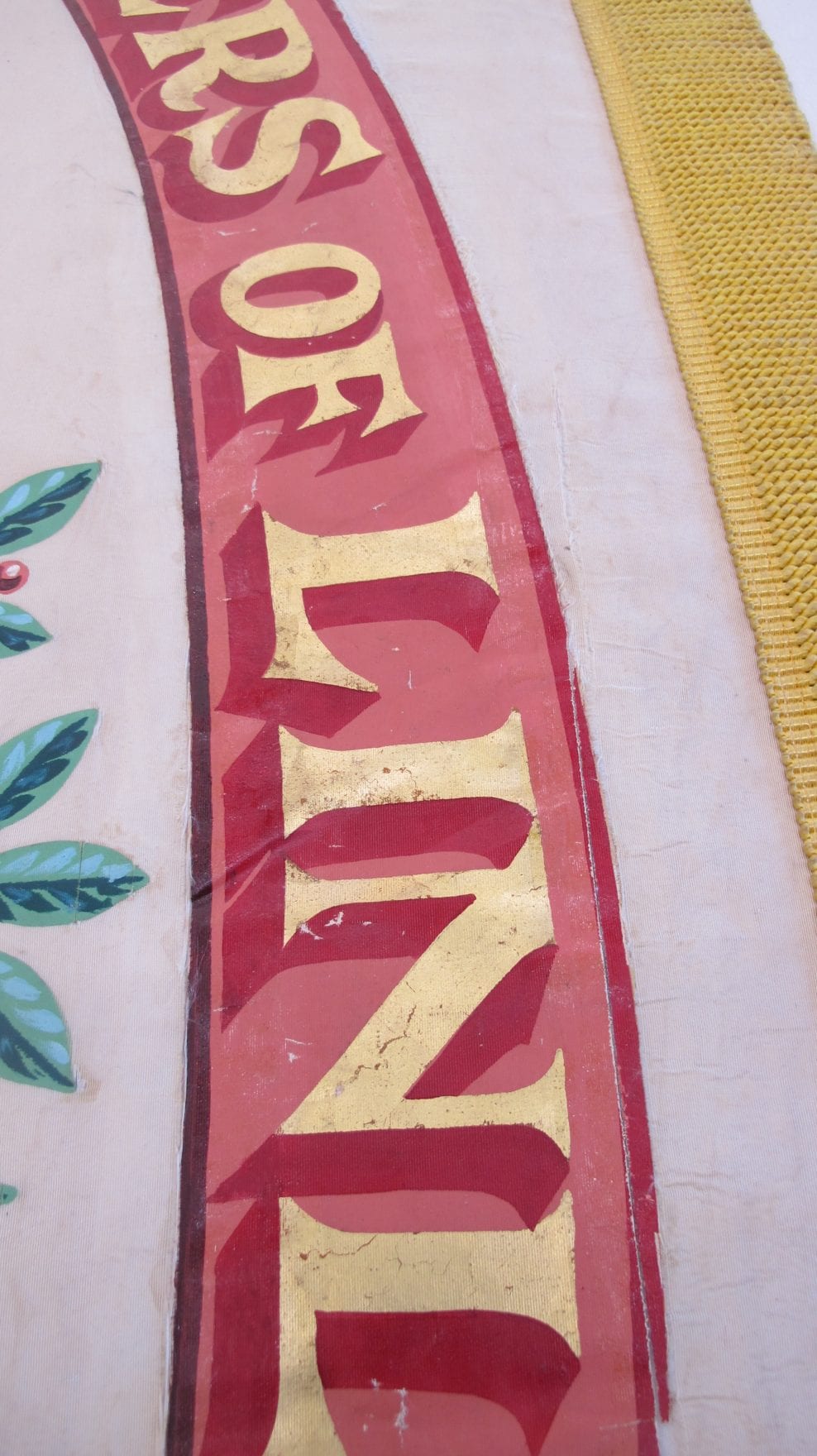 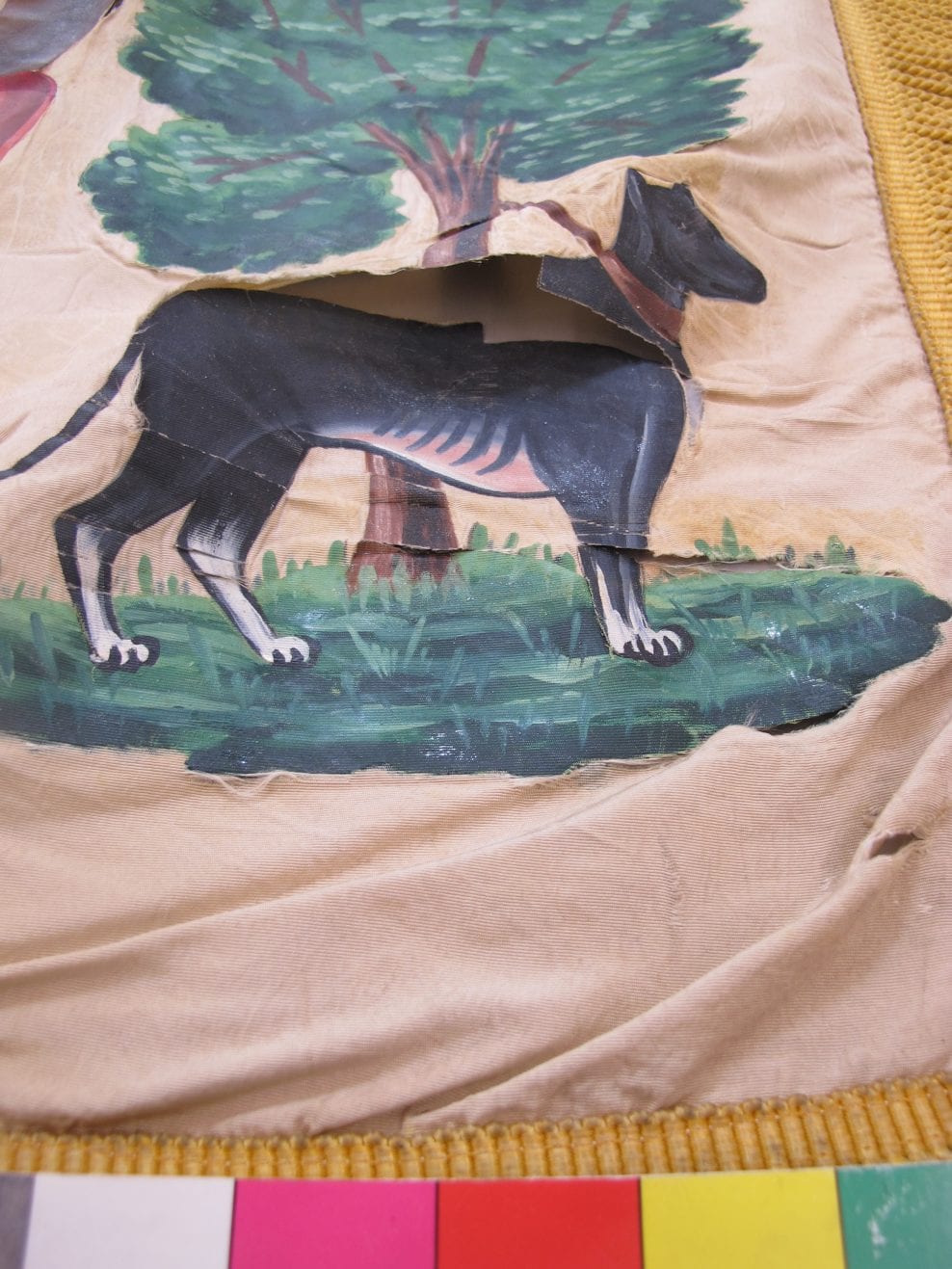 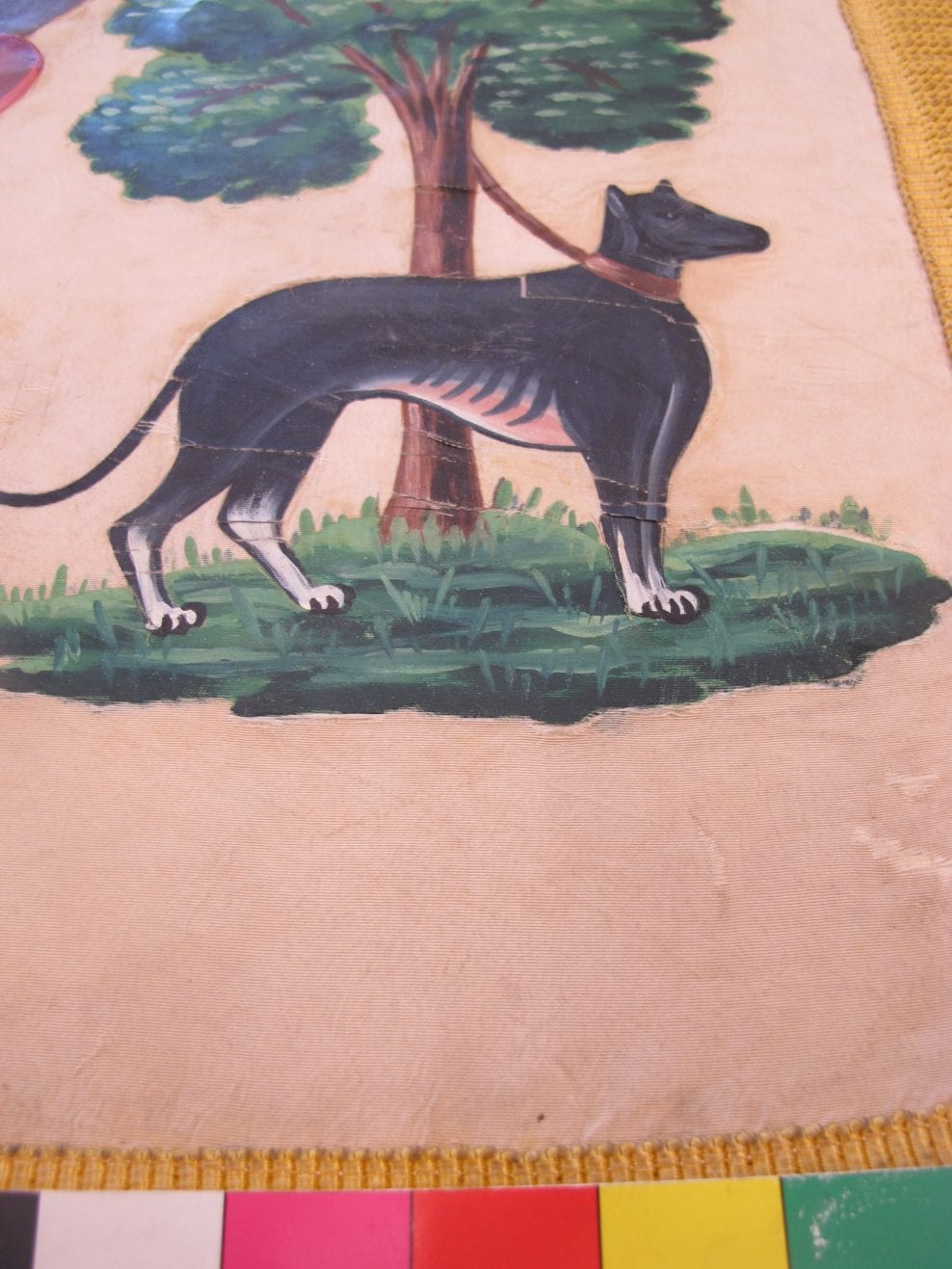 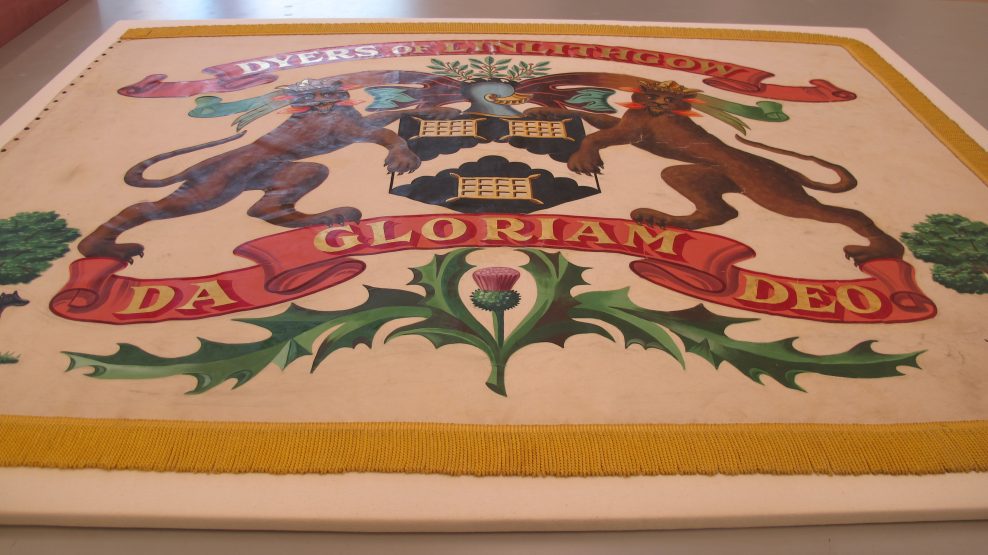 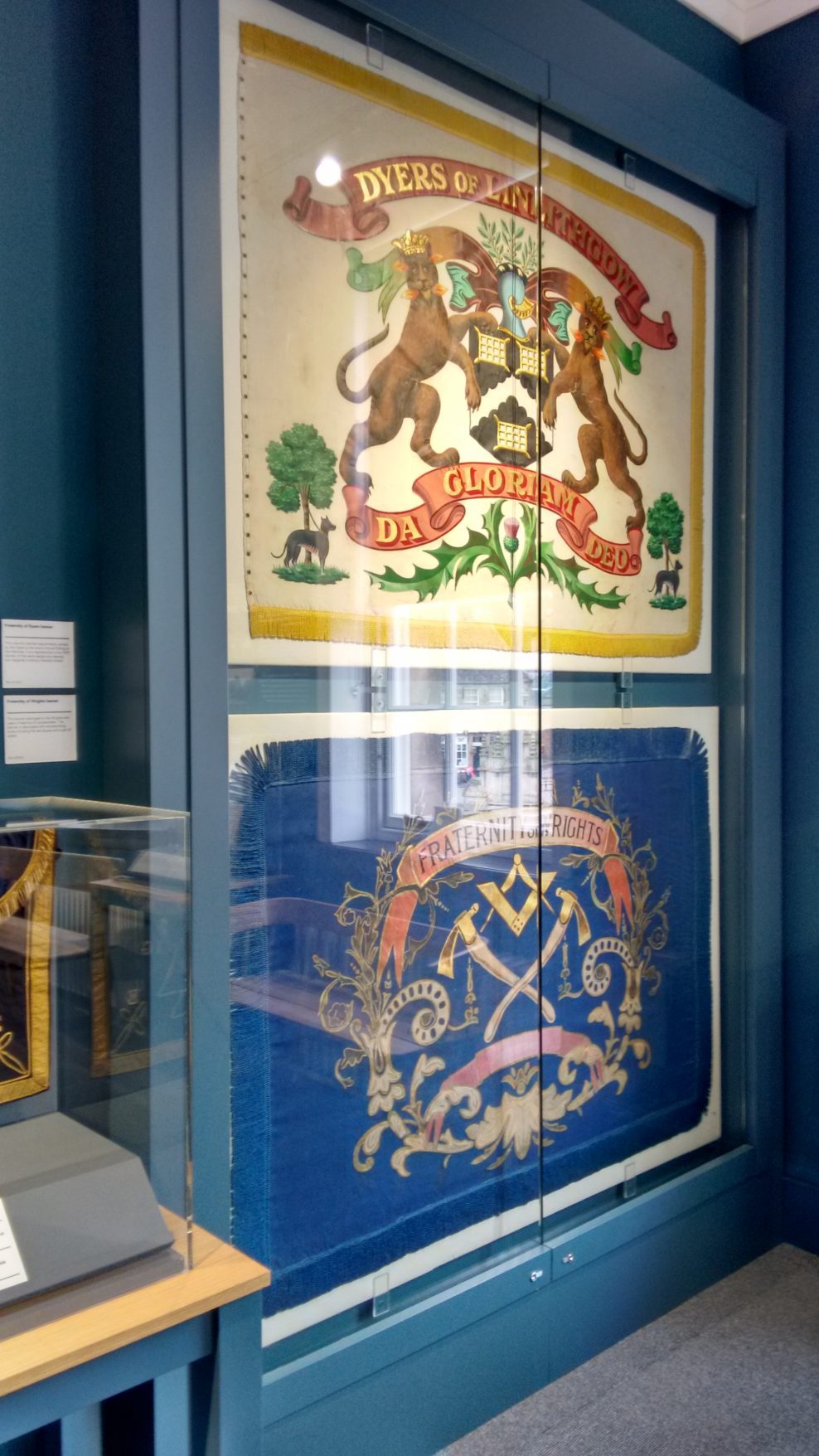