A boy kicked a ball through a Cathedral window just before Christmas….

Boys will be boys, and Cathedral windows always need to be fixed afterwards.

This smash happened just before Christmas 2019, and I was asked by Historic Scotland to repair the hole ASAP. None of the supply shops were open, so I had to rely on what I had in the studio.

Fortunately I had an exact match for the gold-pink glass which had been used originally. Sometimes, old bit boxes of very old glass off-cuts can come in very handy. I’ve been working in stained glass for over 40 years, and have bought stock from older studios as they close. Consequently, I have bits of very interesting old glass which are no longer made, and which are a perfect match for Conservation / Restoration projects.

Unlike the rest of the UK, stained glass in Scotland experimented widely with different “new” types of hand made glass in the first half if the 20th century. In this case, Norman Slab glass was used, but often, American Opalescents, Jewels, and double layers are found, reminiscent of the work of Tiffany and LaFarge on the other side of the Atlantic.

All the repair work in this case was able to be done in-situ, once new pieces of Norman Slab glass were cut and fired to match the old broken fragments. The wide leads were bent back into shape, and the window was restored in time for the Christmas Services. 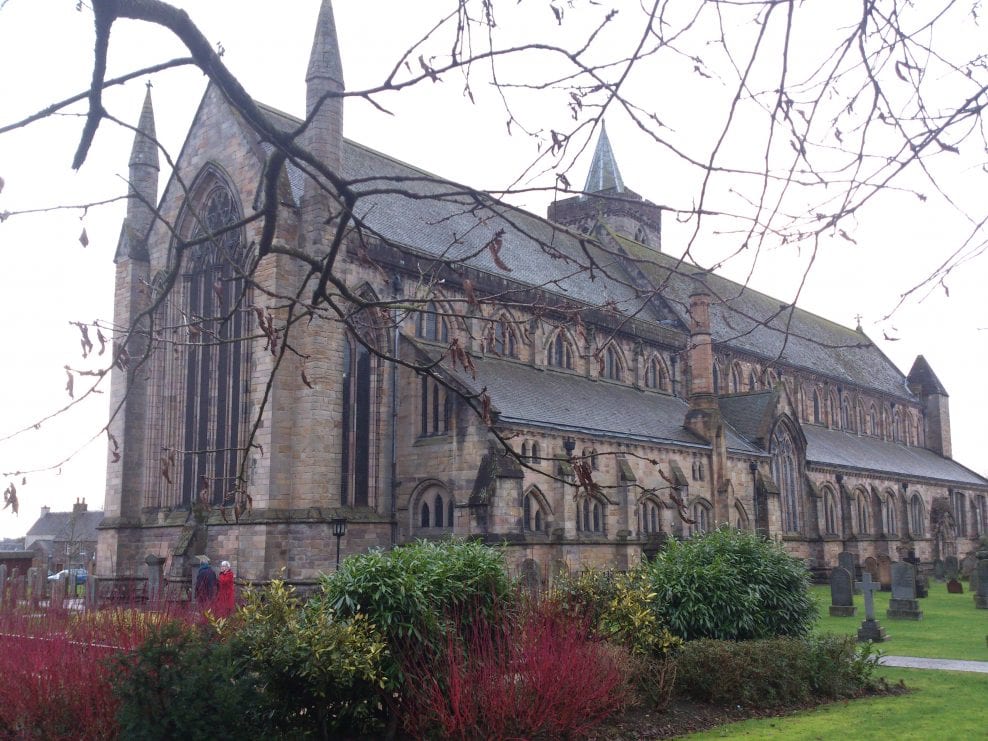 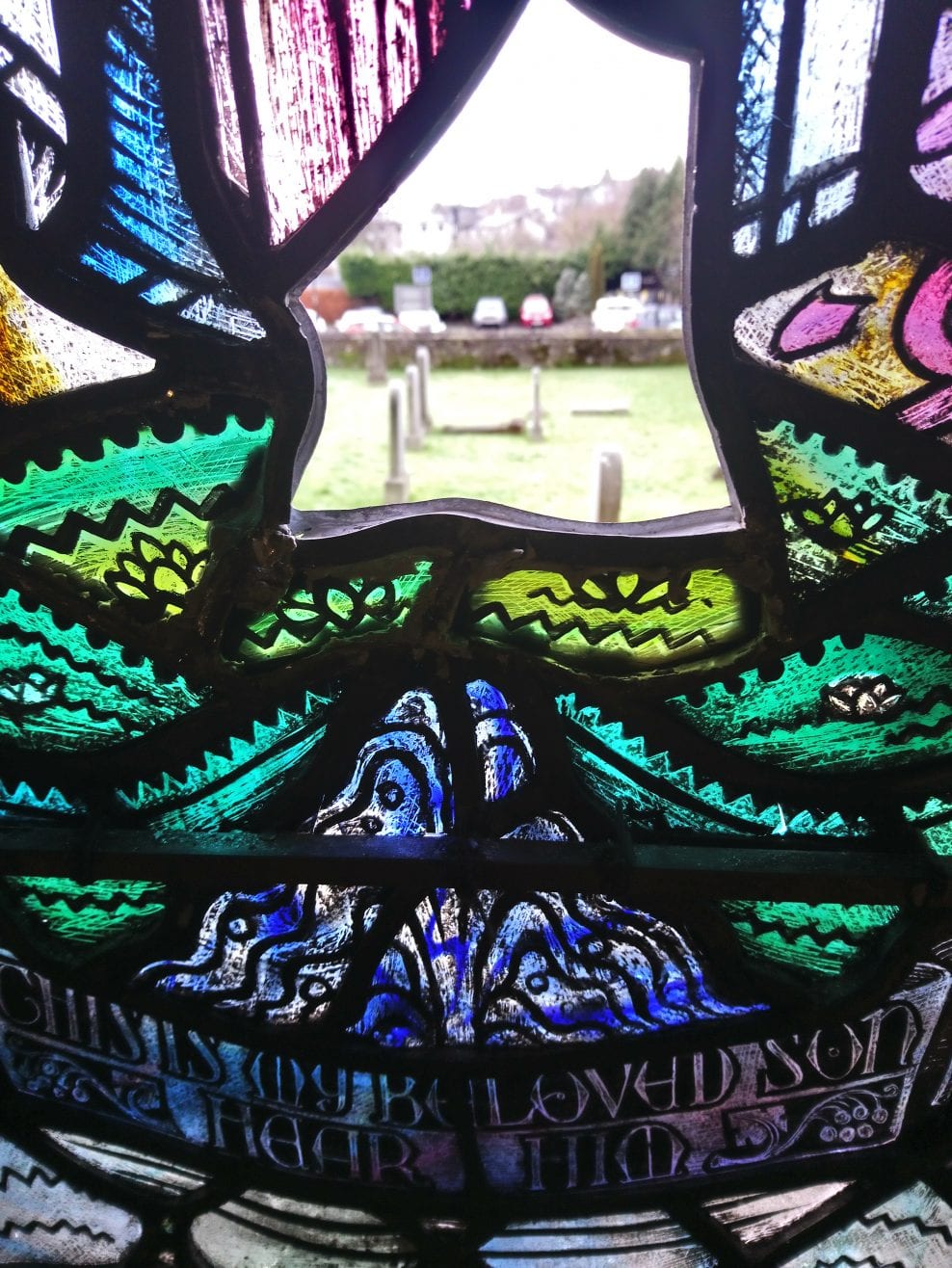 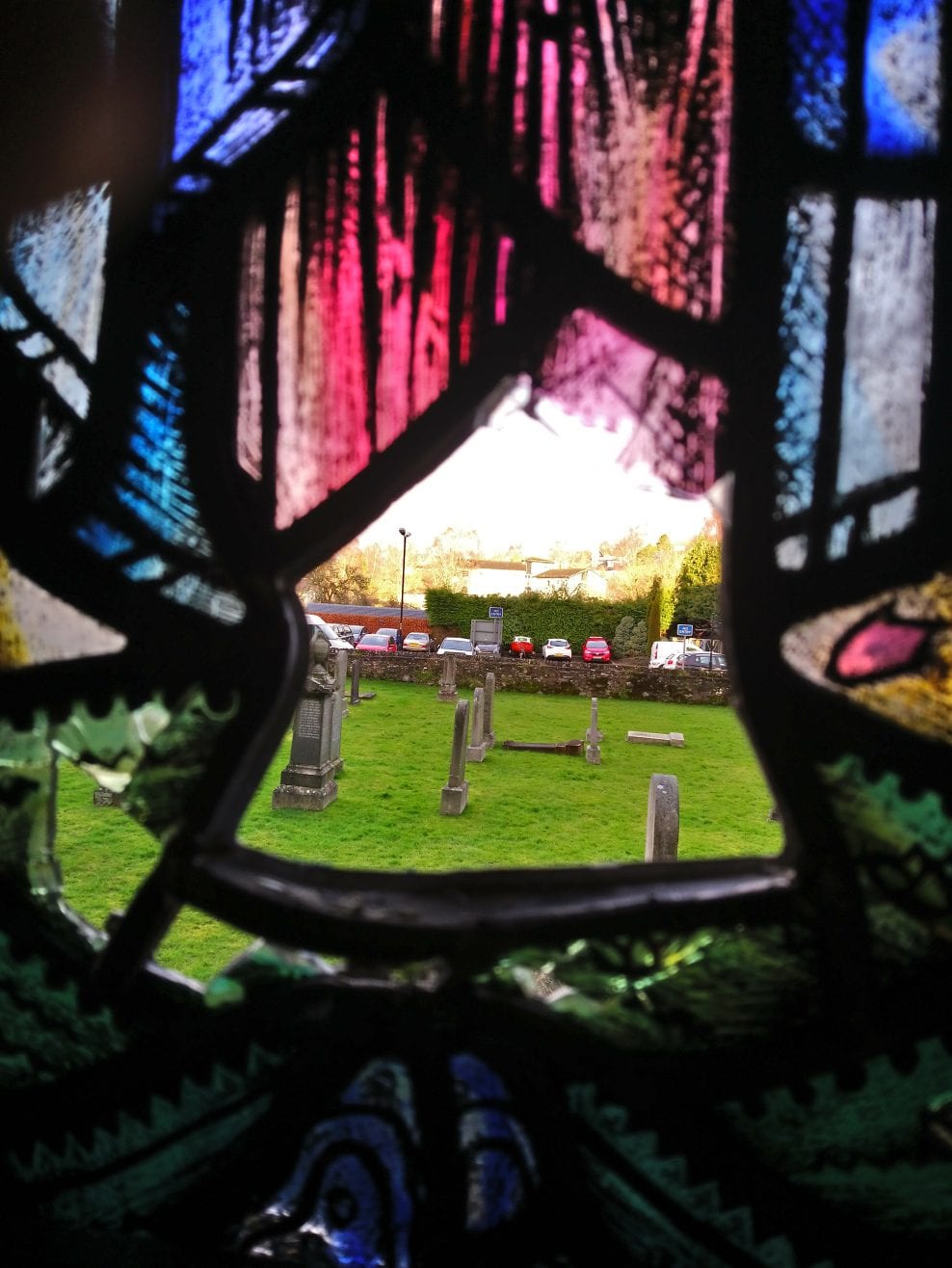 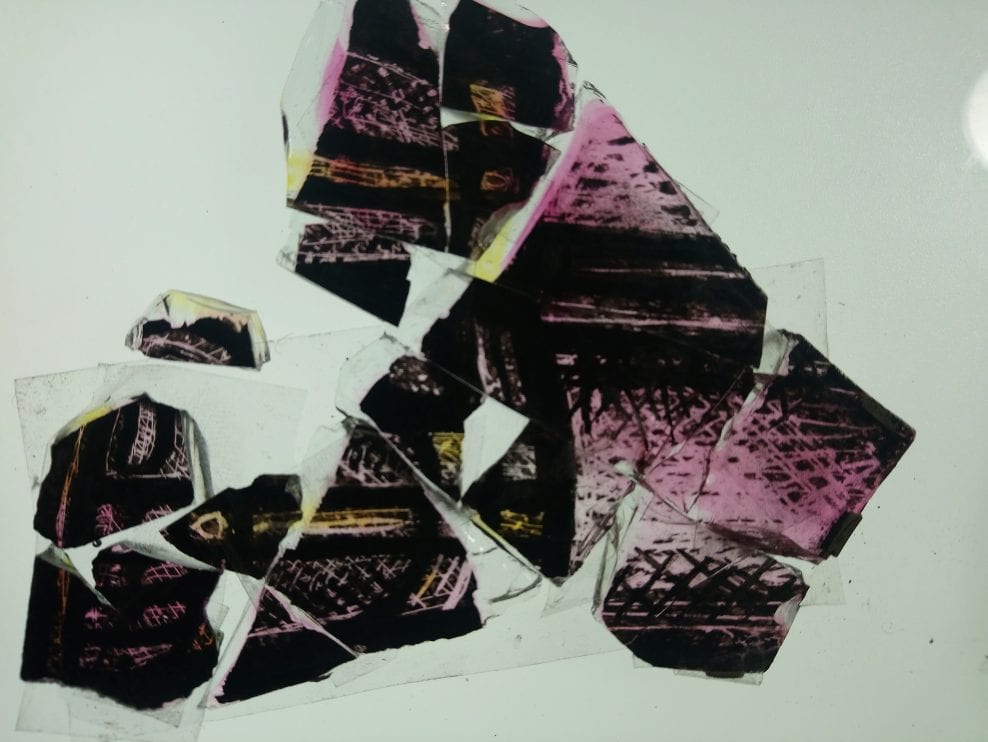 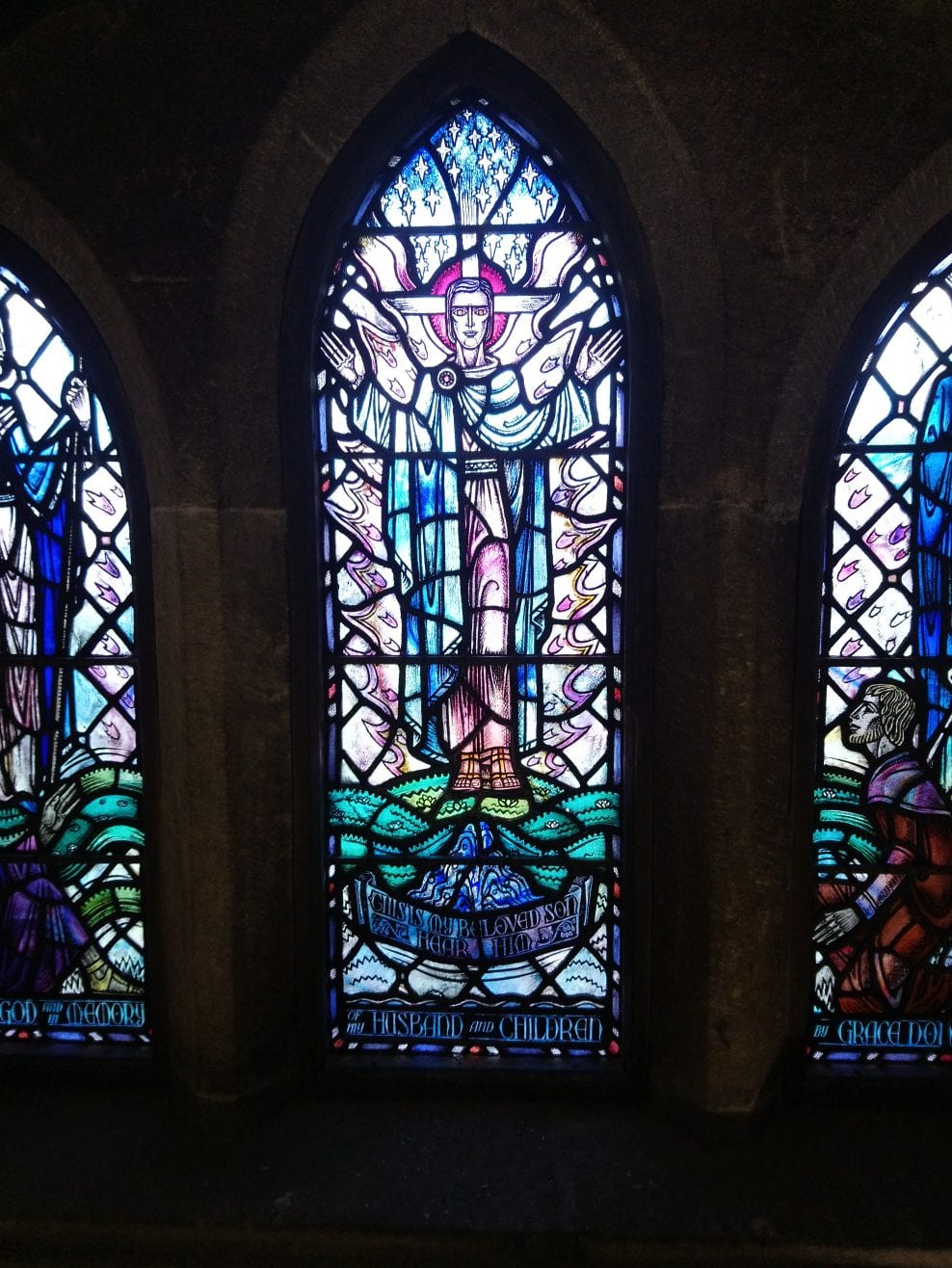 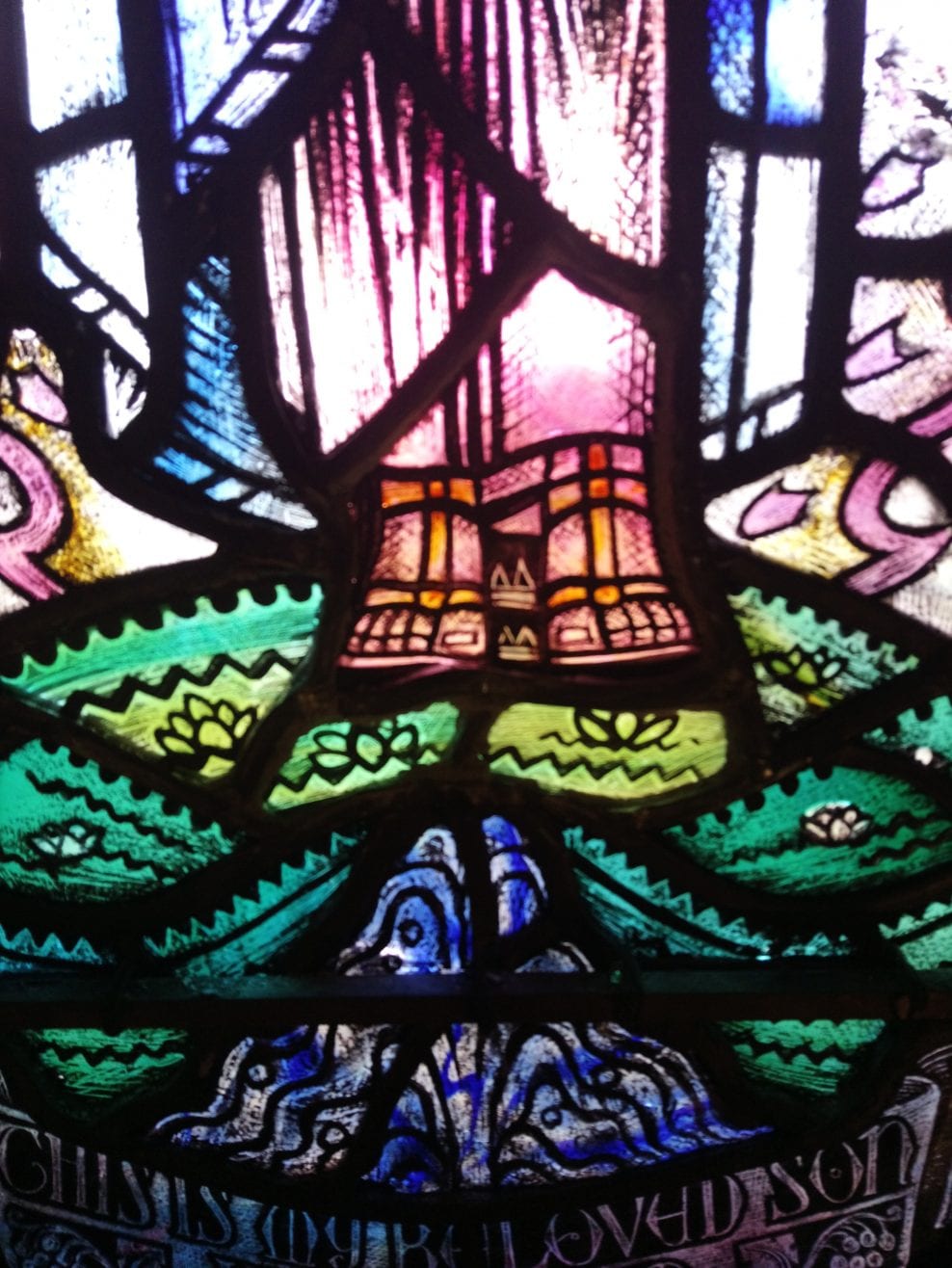 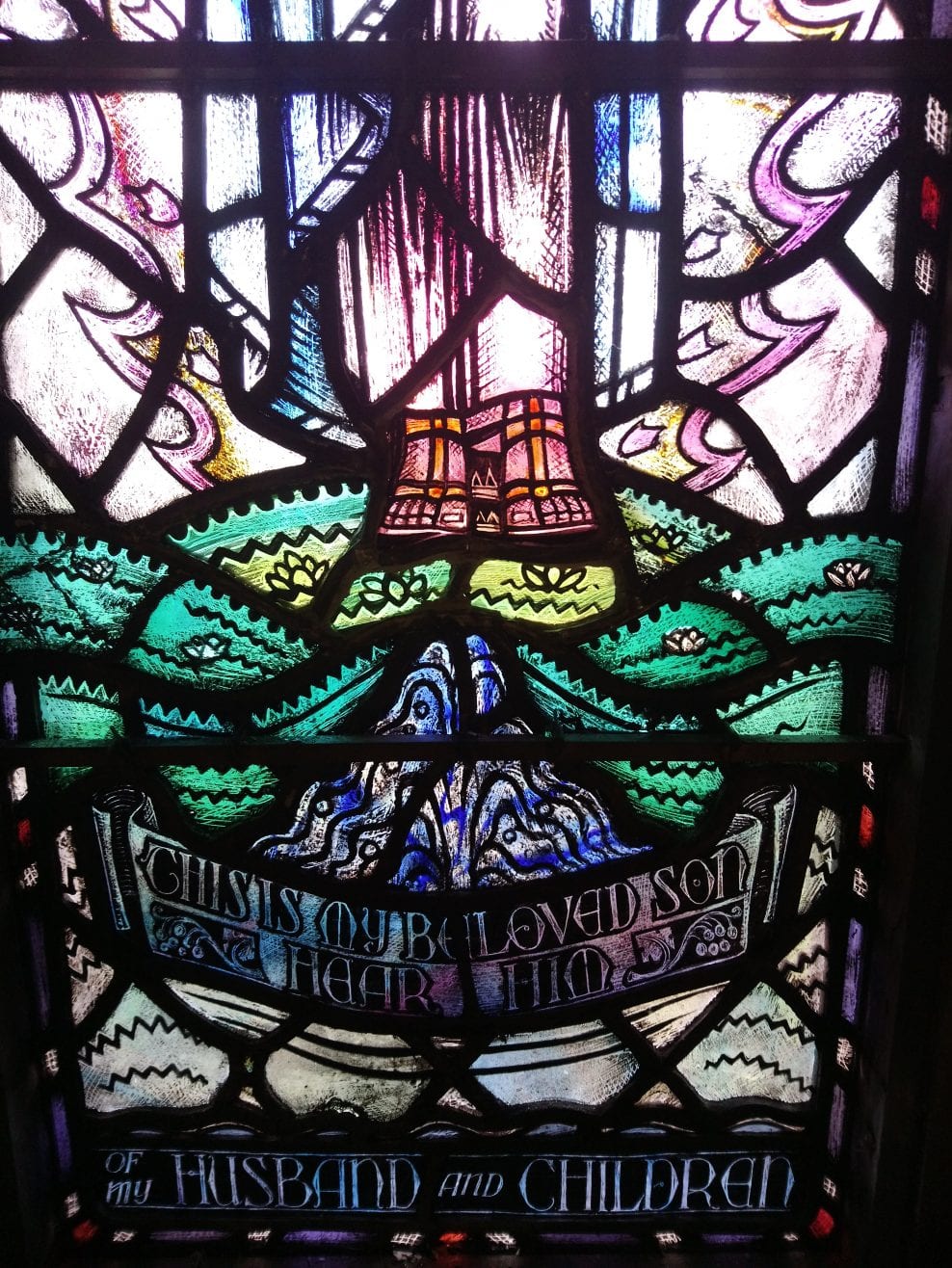 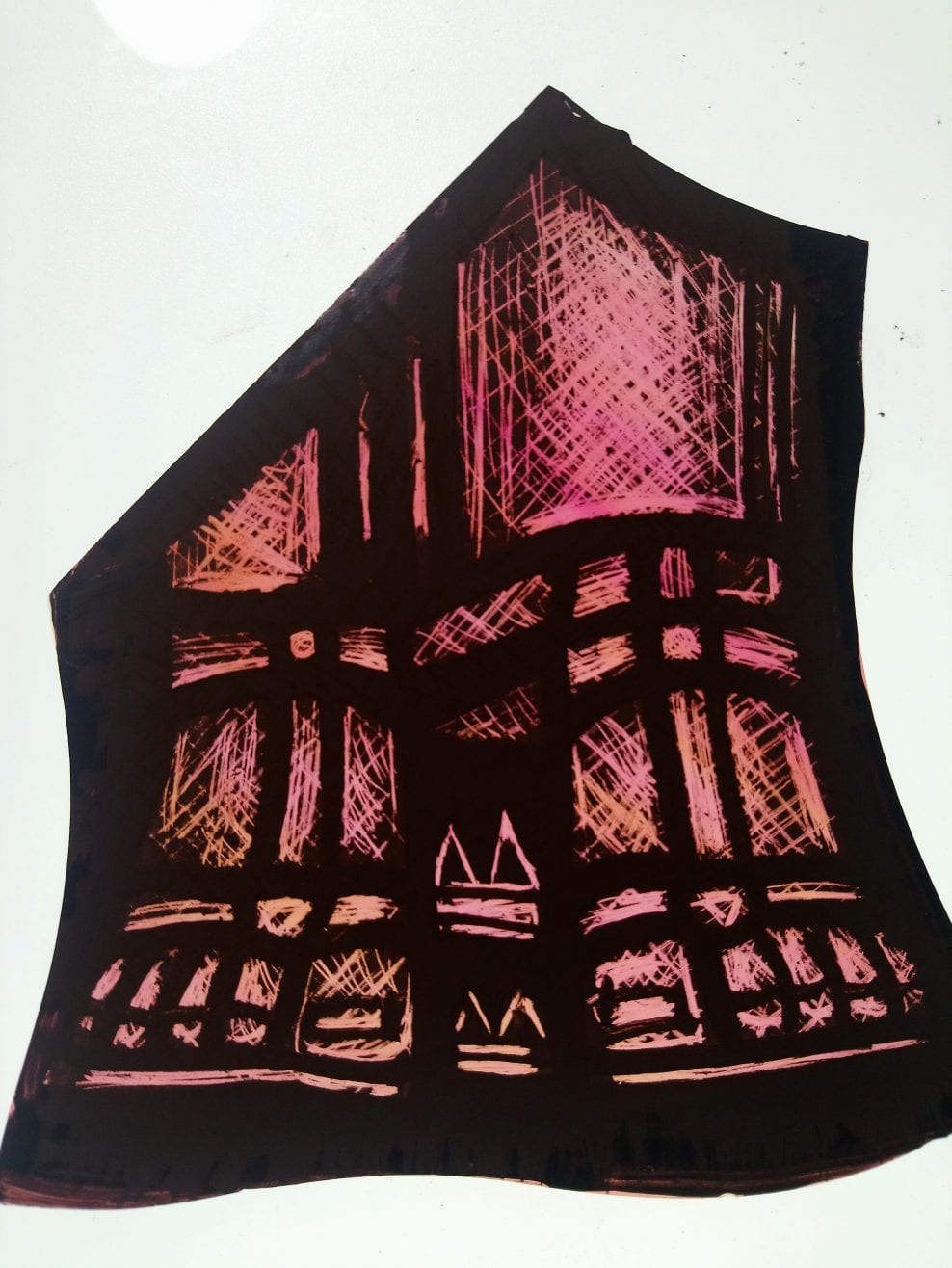 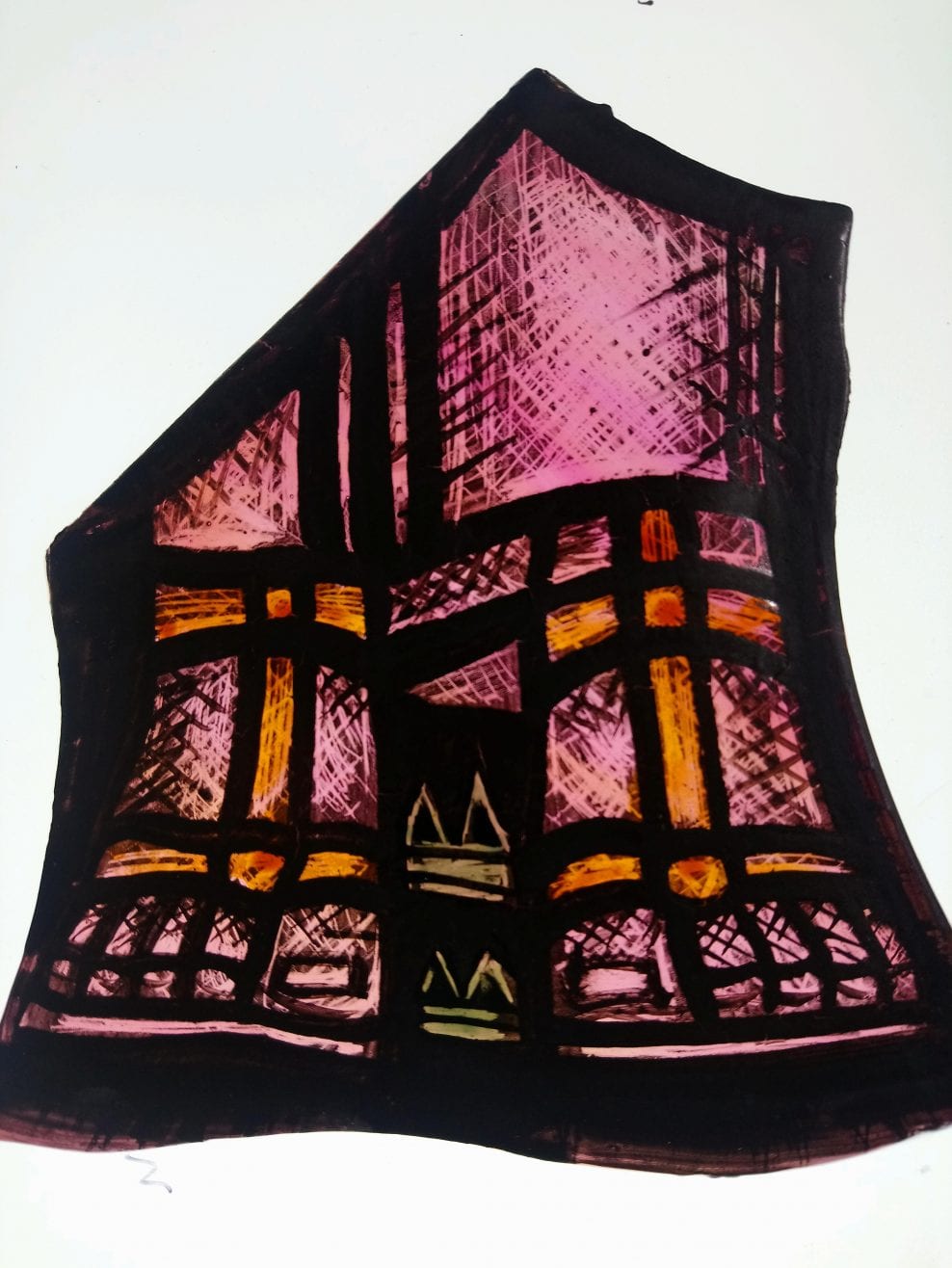