The Downham Benevolent Society, was formed in the 18th century and is an early example of an ‘insurance’ society with the aim to provide benefits in the event of sickness or accident and to help towards funeral costs for members and their families. It is thought to have started in 1795 and commemorated its centenary in 1885 with the unveiling of a large silk banner painted by Joseph Skerret. The banner was formerly kept in the village church in less than favourable conditions until a community group was established to raise funds and have the banner conserved for future generations. The group were successful in their application to the National Heritage Lottery Fund and the banner came to PHM for conservation in 2016.

This is a double sided, painted banner, constructed from a single layer of blue rep-woven silk with red rep-woven silk borders. All stitching is done by hand. The banner is suspended from 13 red wool pole loops threaded through a silver painted wooden pole. The face side image depicts the story of The Good Samaritan from the New Testament Luke 10:23-37 and reflects the message the Benevolent Society wanted to portray, of compassion and generosity regardless of social class. The painting is thought to have been copied from a contemporary print by German artist Siegfried Detlev Bendixen.

Overall the banner was quite cockled and distorted from being rolled around its top pole, this was most noticeable across the painted areas when viewed at a raking angle. The surface of the banner was very soiled with dust and other particulates collected while on display in the church. There was significant light damage, particularly on the blue silk and dark red stitching, it was generally even fading likely to be from years of display in the church. Splits has occurred through the blue silk in load bearing points and at the silk, paint interface, this had been repaired over the years with Sellotape which had later caused staining and embrittlement. The lower border corners were also split and repaired which was also causing damage. The paint was stable but very bloomed in places, causing a white haze across the surface.

The plan for treatment was to stabilise the silk areas with a full support and clean the painted sections, removed any staining and applying a sleeve to enable the banner to be hung either vertically for limited periods or preferably supported on a sloping board.

Conservation of the banner began with a thorough surface clean of all areas, this was undertaken using low suction vacuum, brushes and sponges. Old adhesive stains were lessened through solvent cleaning but could not be fully removed. The blue silk was supported with a layer of fine silk crepeline, dyed to match and worked in three vertical panels to match the construction of the banner. A conservation grade adhesive was applied to one side of the new silk and left to dry before re-activating it to bond it to the banner. The borders were less fragile so supported with nylon net also dyed to match and stitched to the borders with silk thread to secure it. The lower border patches were documented before removing and replacing with more sympathetic repairs.

During the conservation, the studio was visited by two groups from the Downham village primary school, they learnt about the agents of deterioration which had affected the banner and how we were working to conserve it. This was a valuable outcome and something we would like to encourage for future projects. After conservation the banner was taken to its new home on display in Clitheroe Castle where it is more accessible for the local and wider regional community. 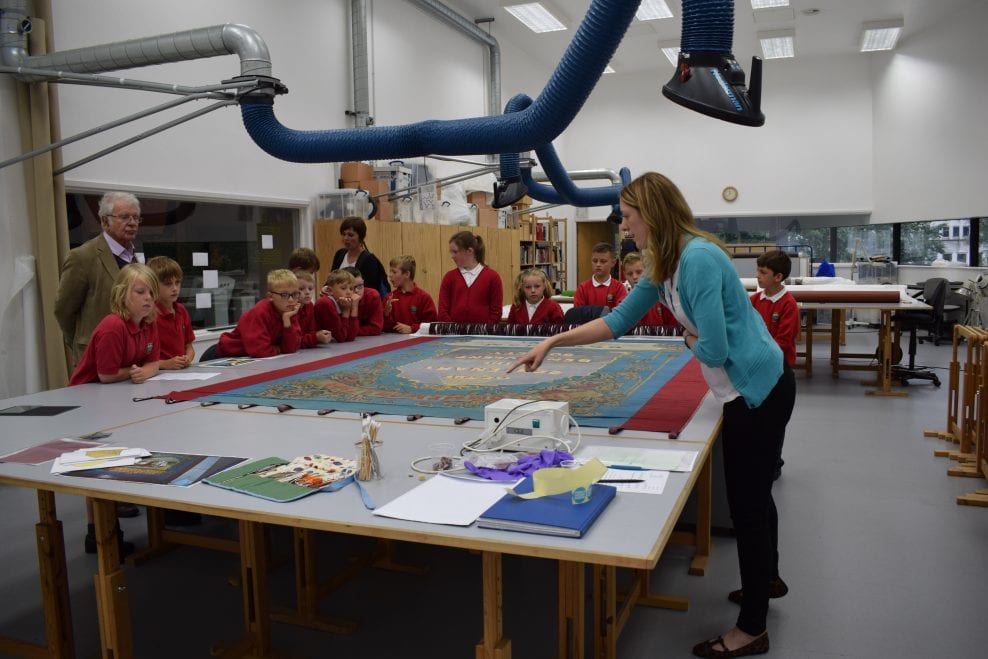 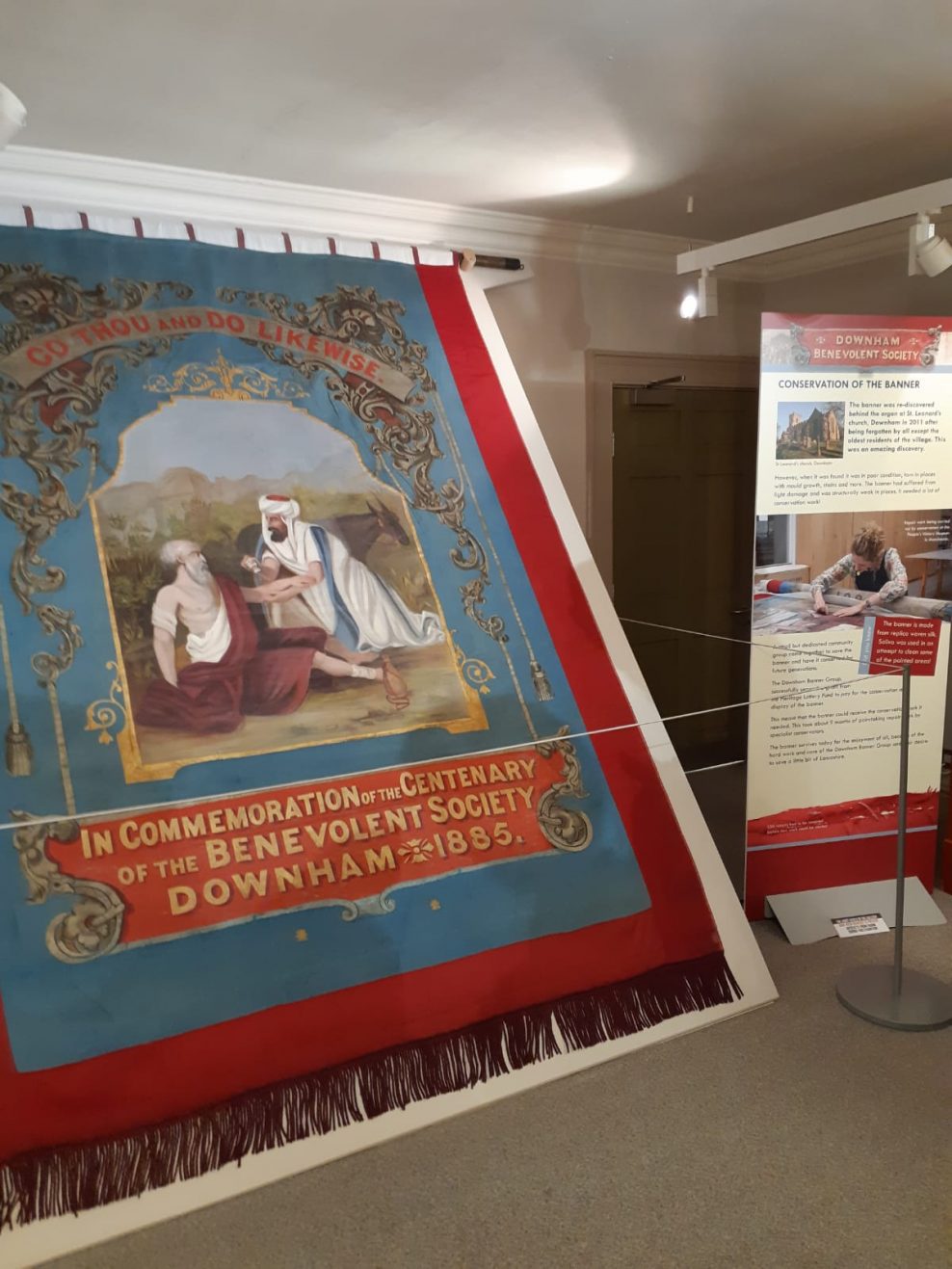 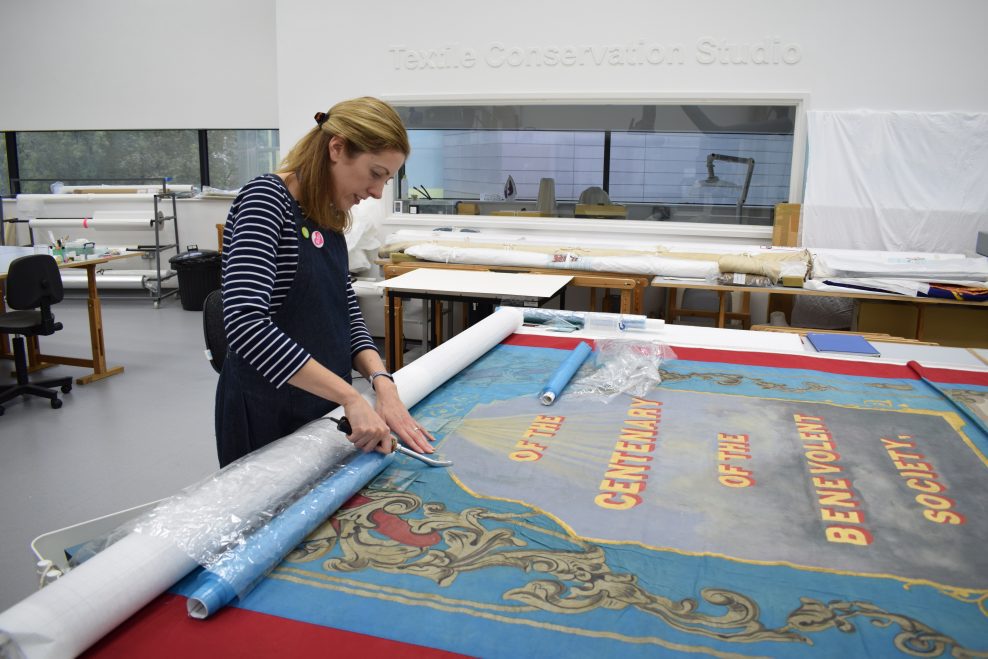 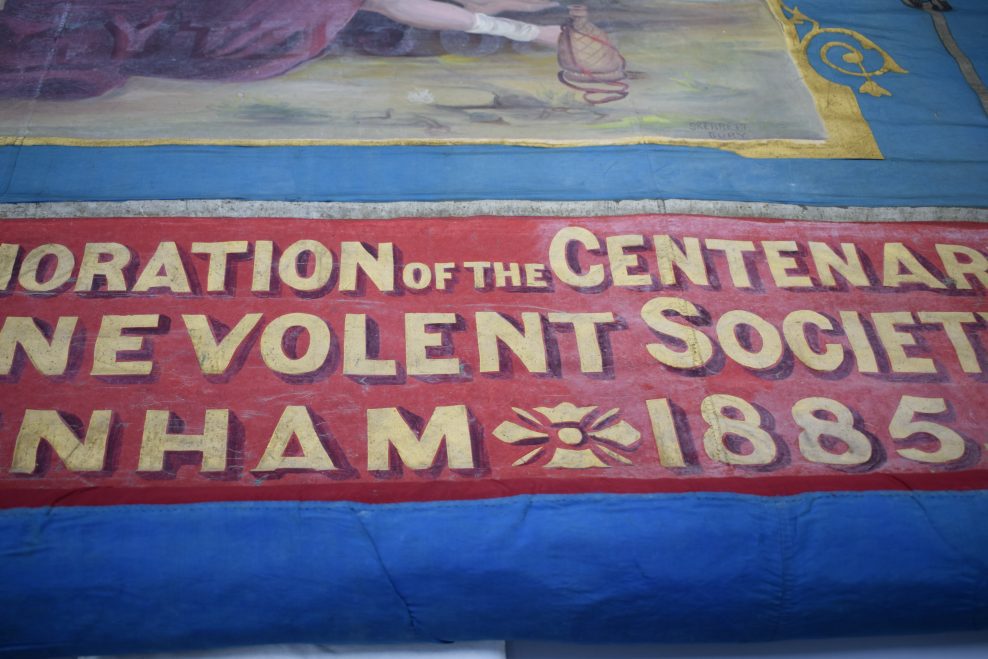 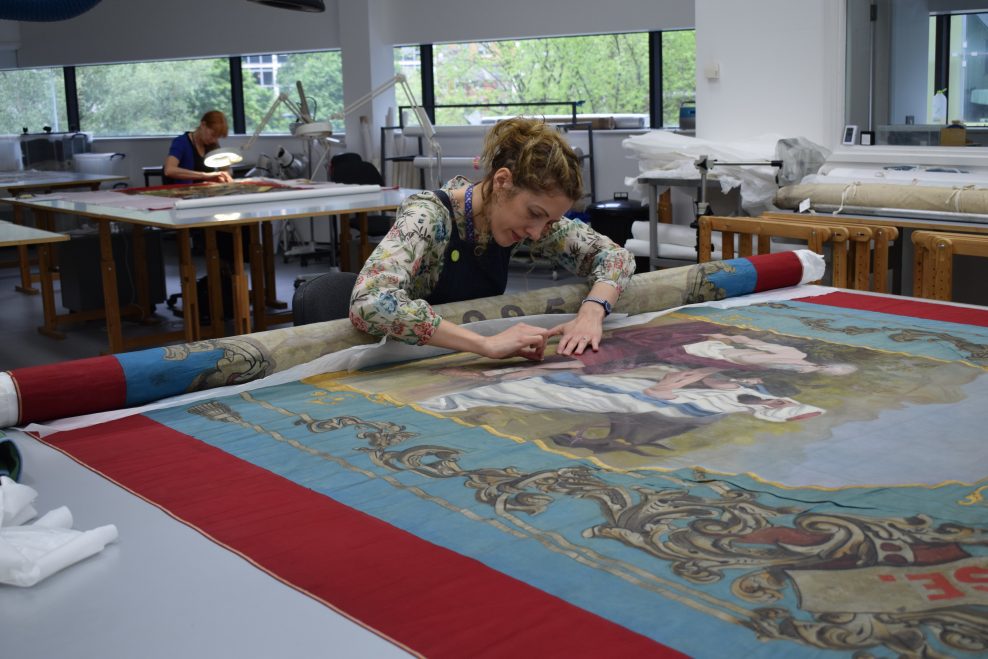 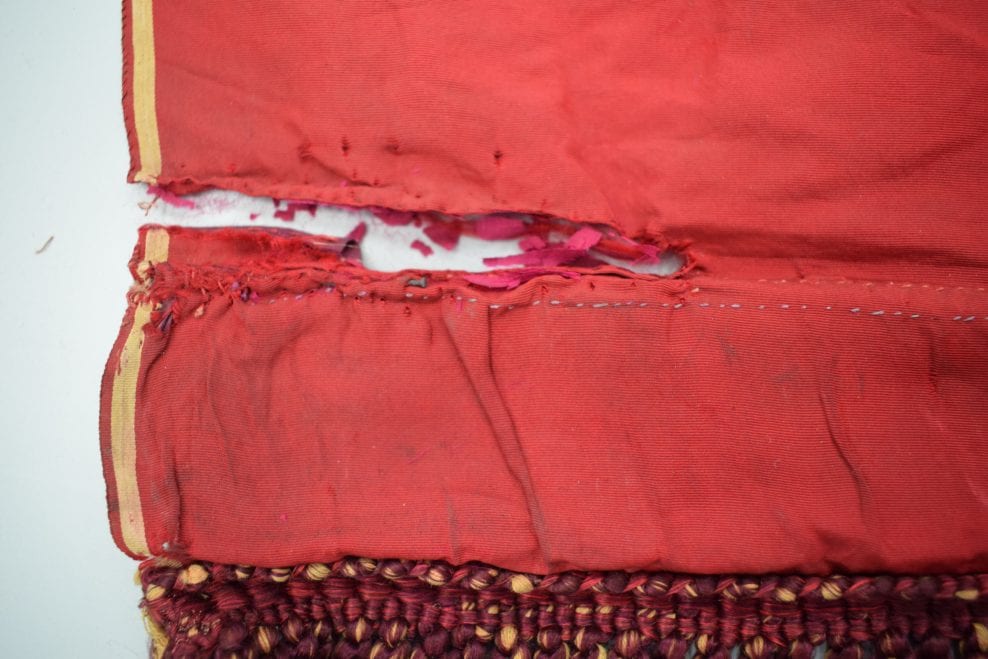 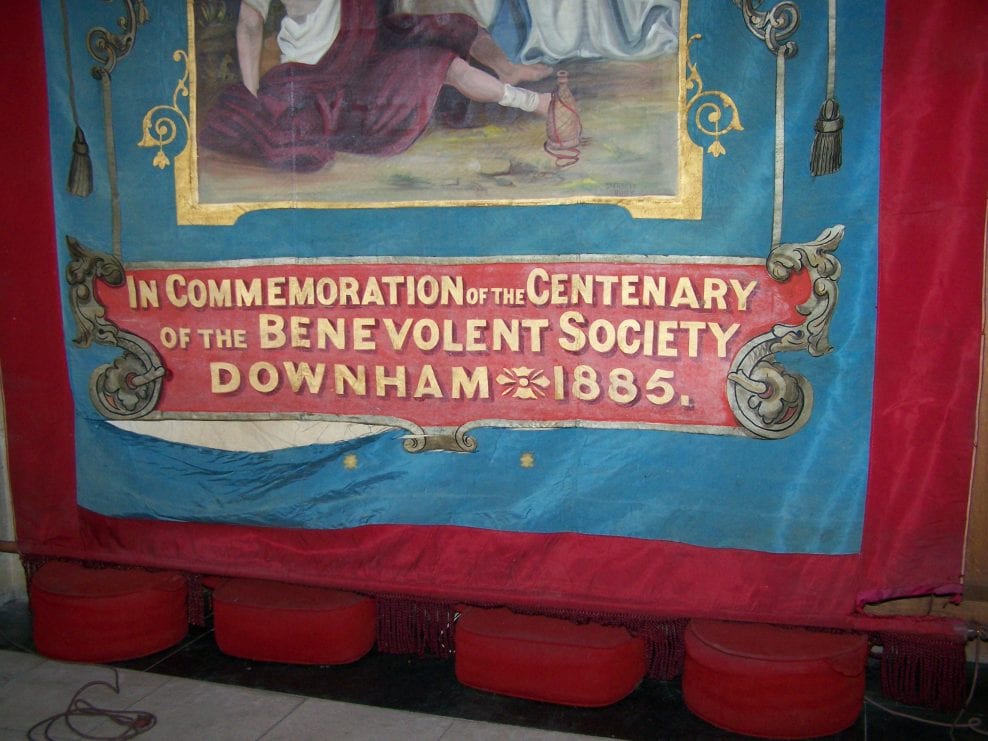