Conservation, technical examination and analysis, and interpretation of the medieval wall paintings

Although medieval wall paintings are found in churches and cathedrals throughout England, very few now remain in secular buildings of the period. Cothay Manor is a medieval hall house preserving some of the earliest and most important domestic wall paintings in the country. It dates to around 1481-88, when Richard Bluett constructed the manor ‘with his own wealth’. He decorated the interior with wall paintings of both a secular and religious nature, reflecting his erudition and piety. Different painters were employed, who adopted differing techniques of plastering and painting. Painting now survives in four rooms, including the Great Hall.

Discovered in the 1920s, the paintings were not fully uncovered at this time. They were also poorly restored, leaving them in a vulnerable condition. In a two-phase project carried out in 2015 and 2016, treatment included stabilisation, uncovering and cleaning. As some painting is on earthen plaster, and because earth and its properties differ greatly from area to area, it was crucial to find compatible source materials for making new repairs. Rickerby and Shekede carried out earthen materials analysis as an essential project component. Technical investigations also revealed use of rich paint materials, including orpiment mixed with indigo to achieve a lustrous green colour.

Since substantial painting was newly revealed in the Great Hall, Rickerby and Shekede also undertook a major reinterpretation of its subject matter. The scheme uniquely shows a tableau of courtly-chivalric scenes, including a jousting tournament, and an extensive cycle derived from the fable of Reynard the Fox: a didactic theme of feudal kinship, behaviour and obedience was probably intended. To aid interpretation, the project also included the production of graphic reconstructions incorporating the new findings.

The project was generously funded by Sir Timothy Sainsbury and the Country Houses Foundation. 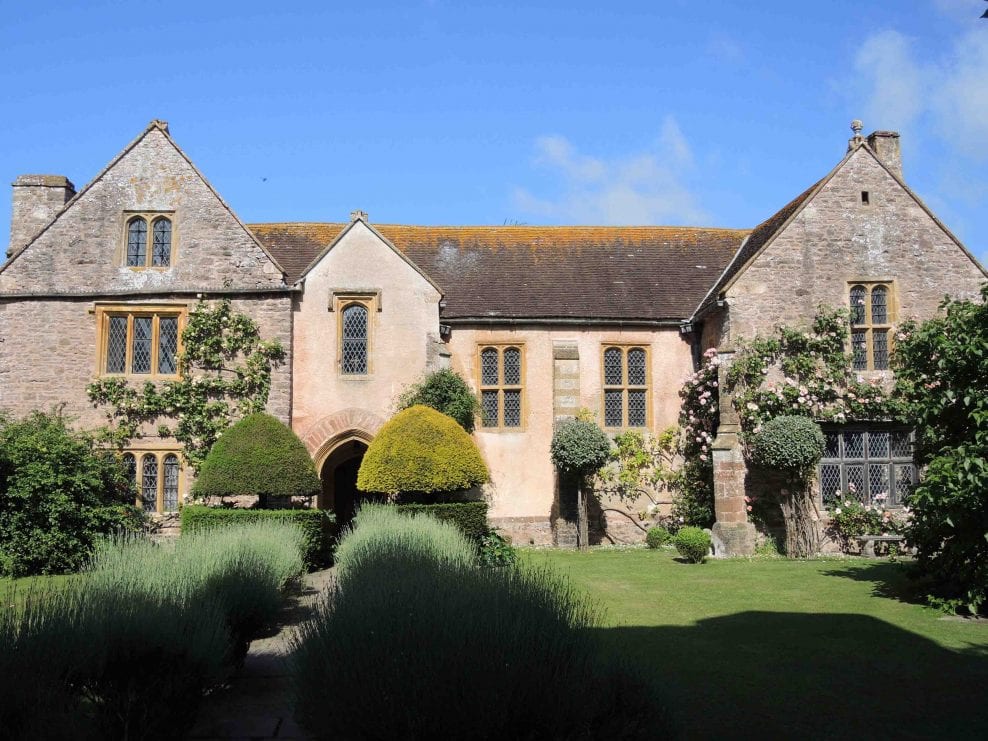 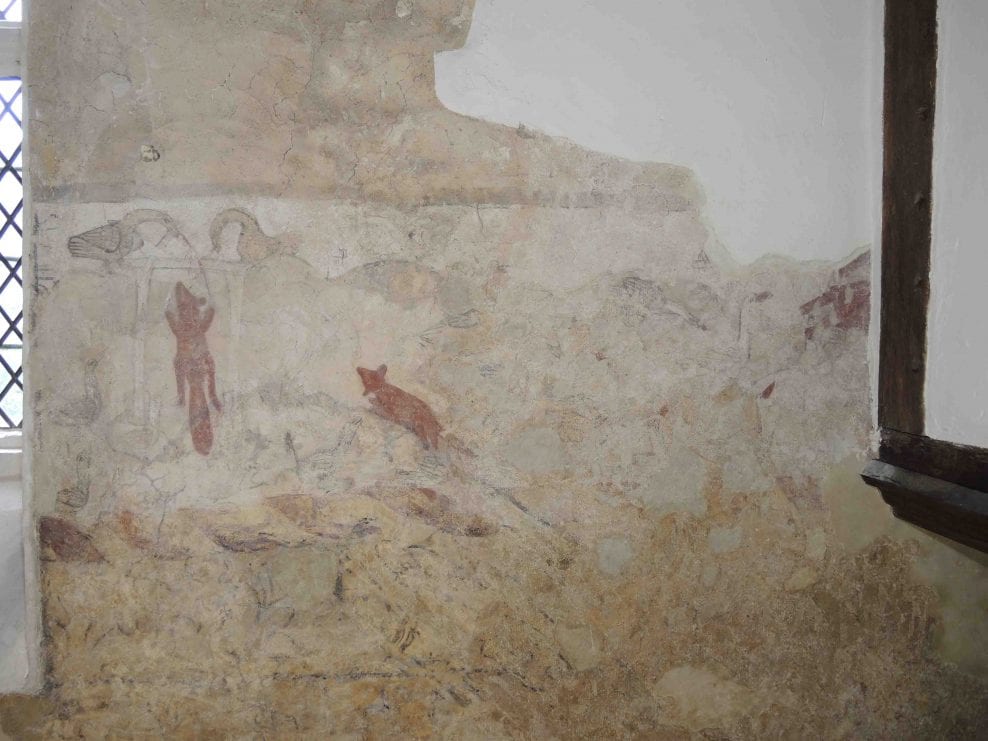 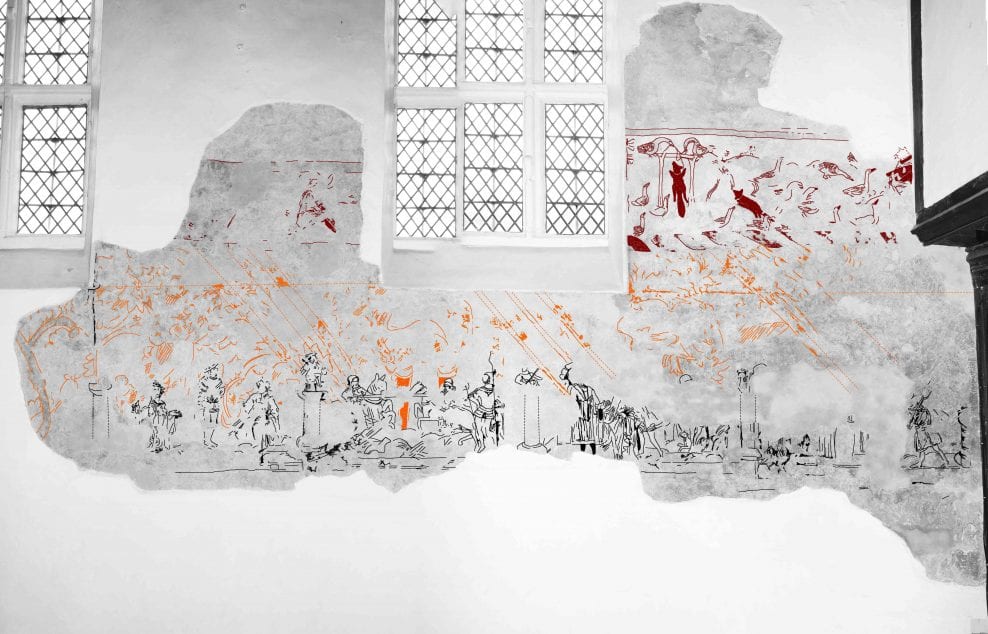 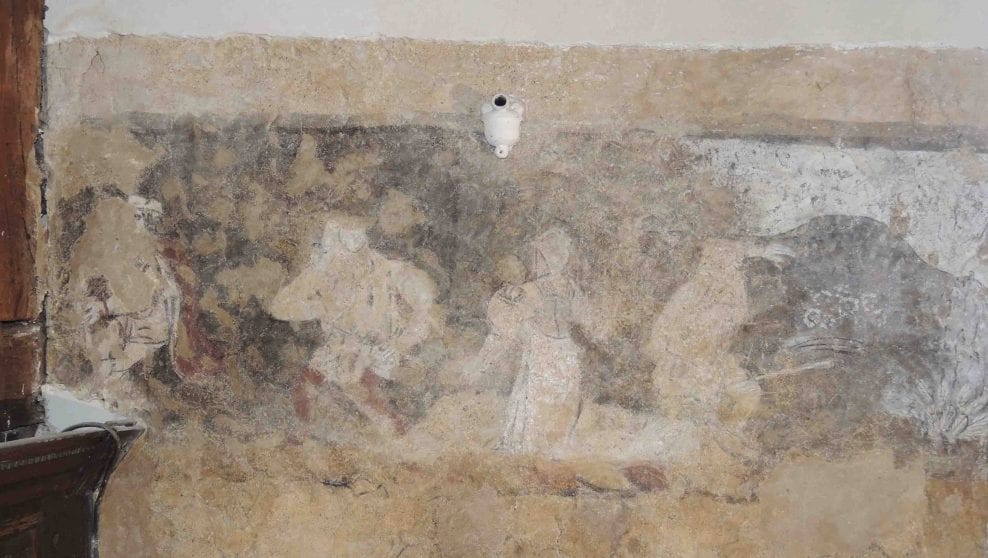 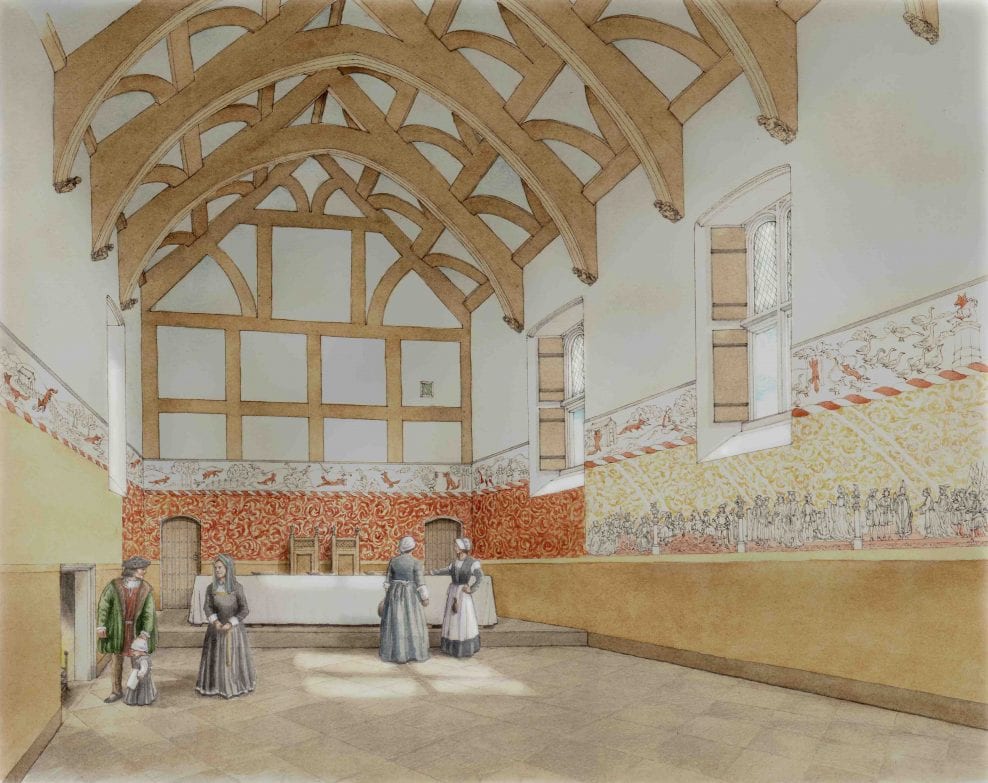 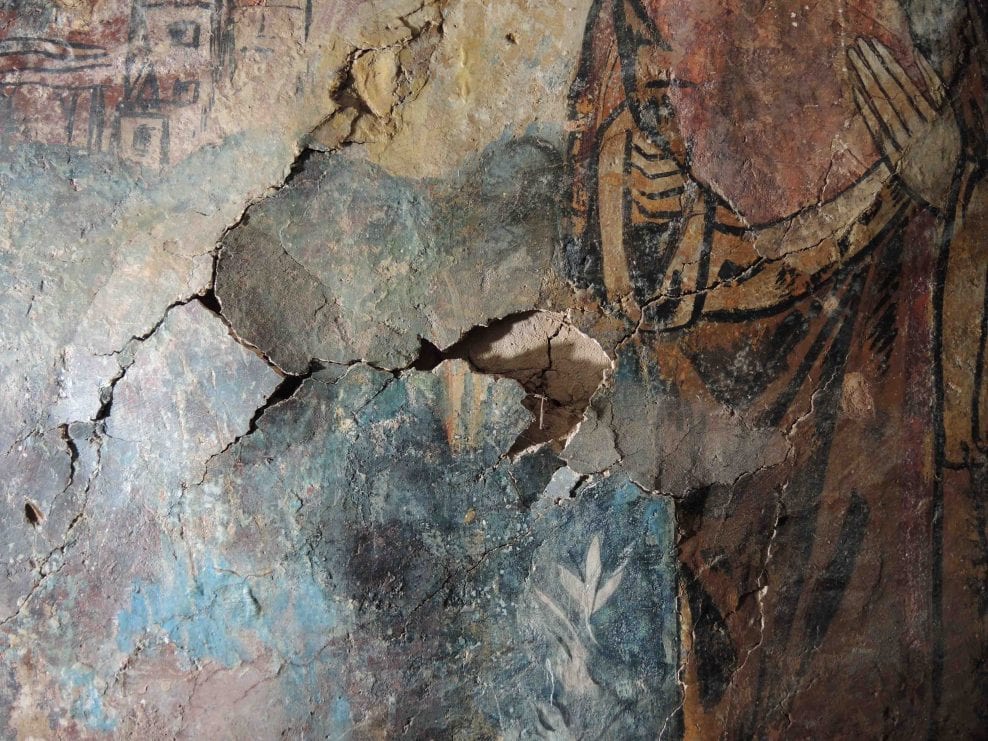 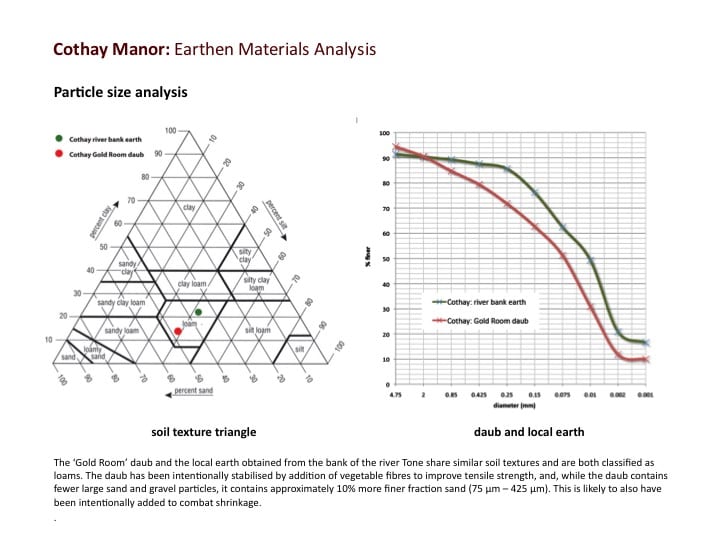 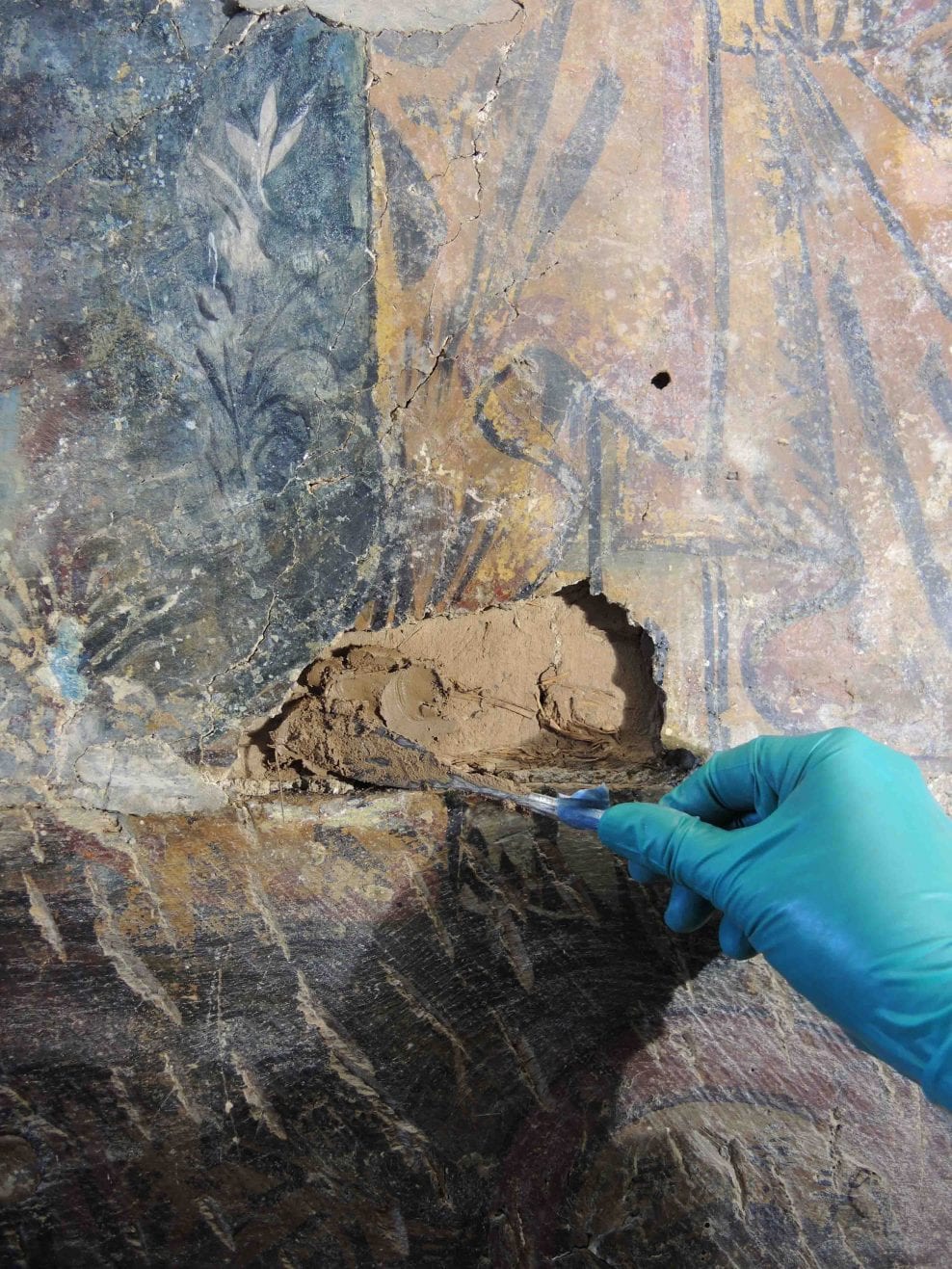 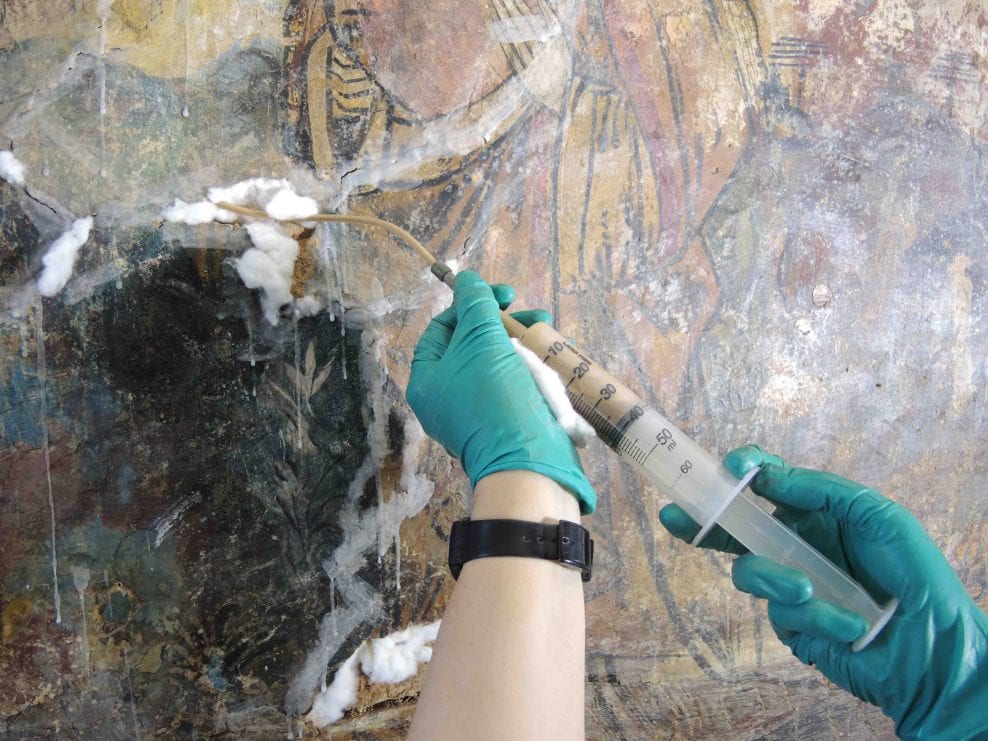 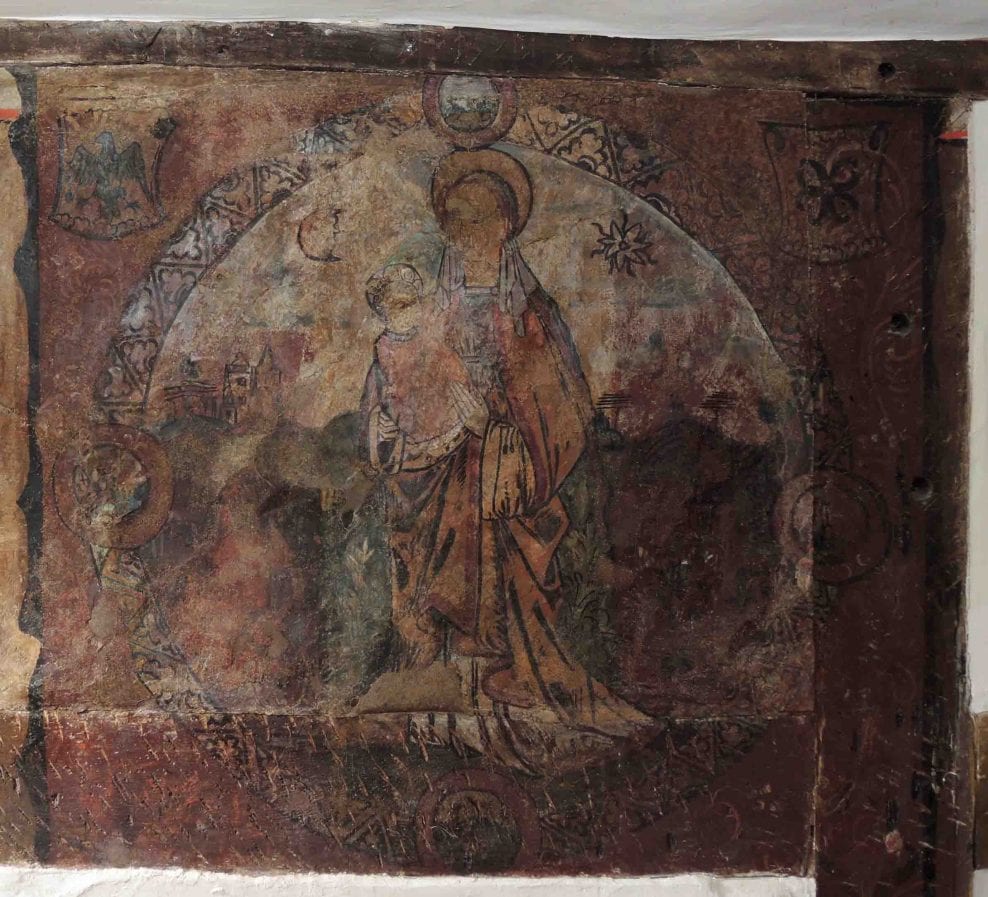