Daniel Quare (1648 – 1724) was an important maker London maker. He was a contemporary of Thomas Tompion. He invented the repeating watch movement and the first portable barometer.

This clock was made about 1705. It is a spring driven high quality bracket clock in an ebonised (stained black) case. It strikes the hour

In 1671 Daniel Quare  was admitted to the prestigious Clockmaker’s Company. He is especially known for making an impressive longcase clock (the correct name for a “grandfather clock”) for King William III’s bedroom at Hampton Court, where it still stands. He made a large number of both Longcase and spring driven bracket clocks.

The first thing was to remove the movement and dismantle it. The springs housed on two brass barrels were removed and cleaned. The rest of the movement was also cleaned. The springs were not replaced since although slightly fatigued they were still fairly good and at this time springs were made by hand and the elasticity of each spring specially made for that particular clock. This was to ensure that the time keeping was a good as possible. New special gut lines were made, of the correct thickness and weight. The movement was then assembled.

The crown wheel teeth were worn and two had to be re-profiled. This meant the escape pallets had to be re-depthed. The movement dial and hands were then re-fitted and the whole re-assembled into the case. 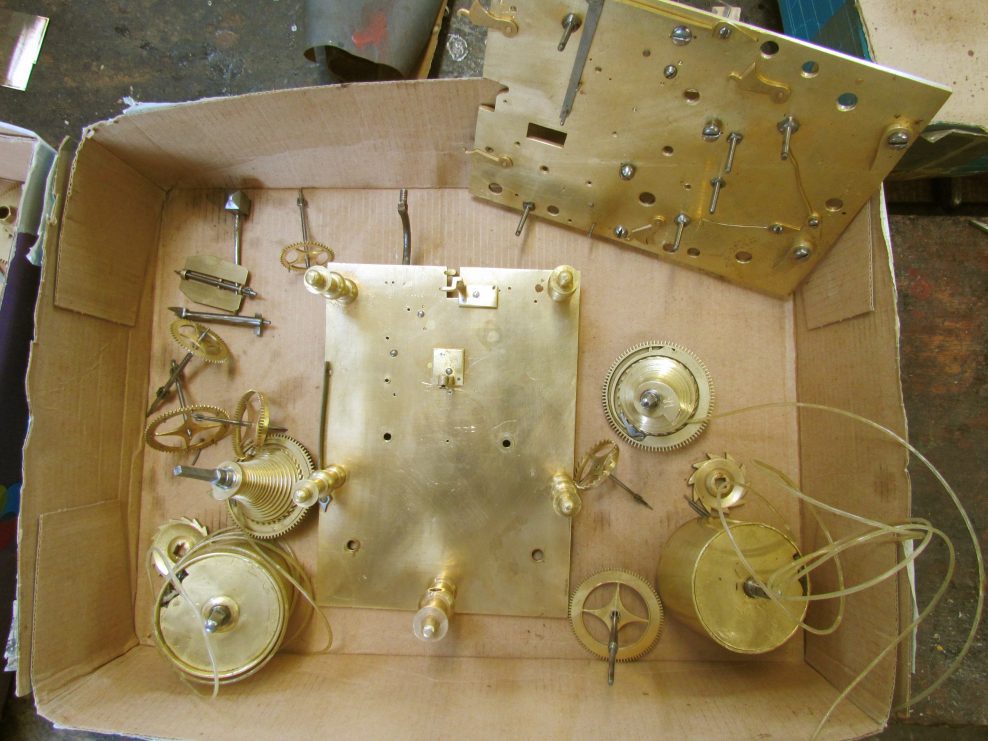 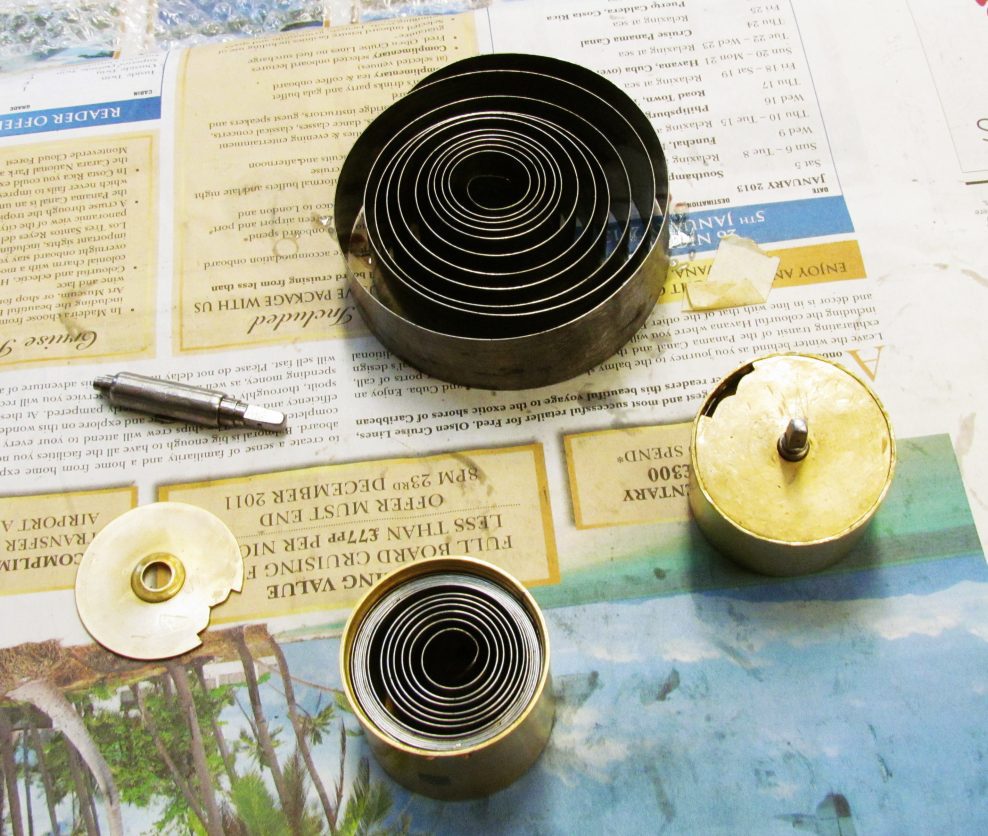 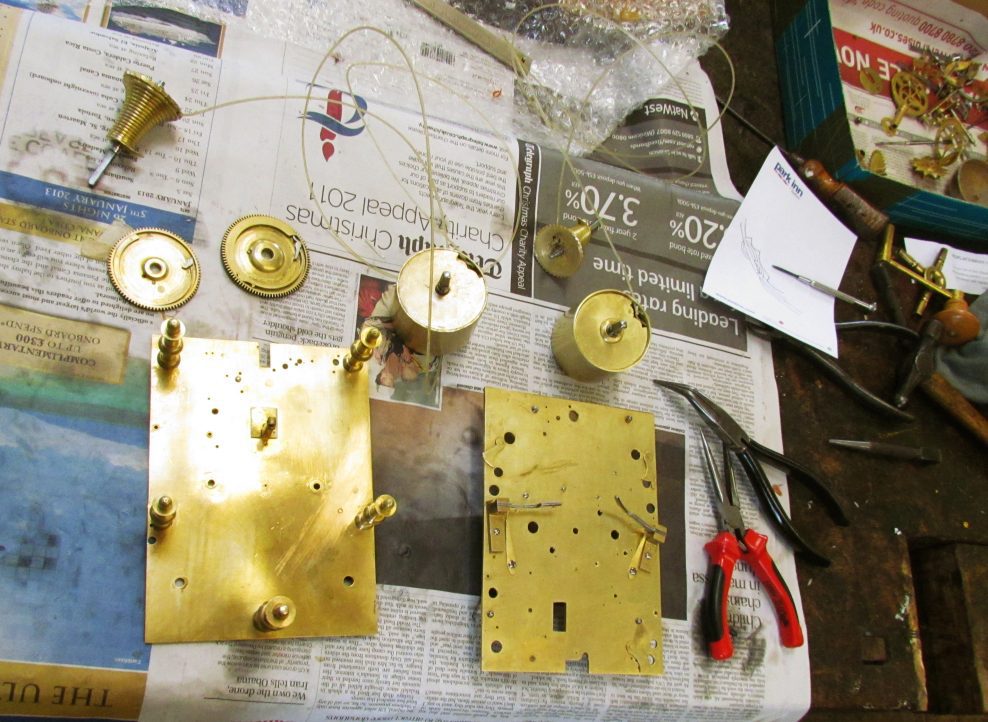 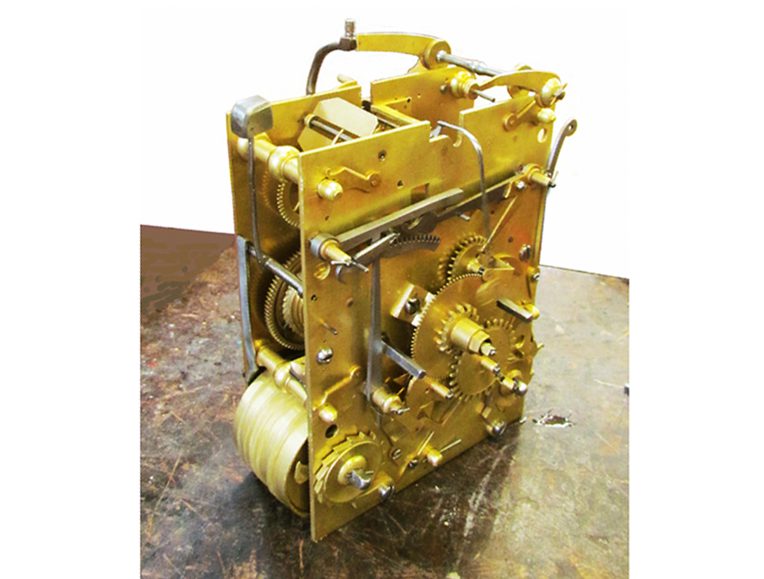 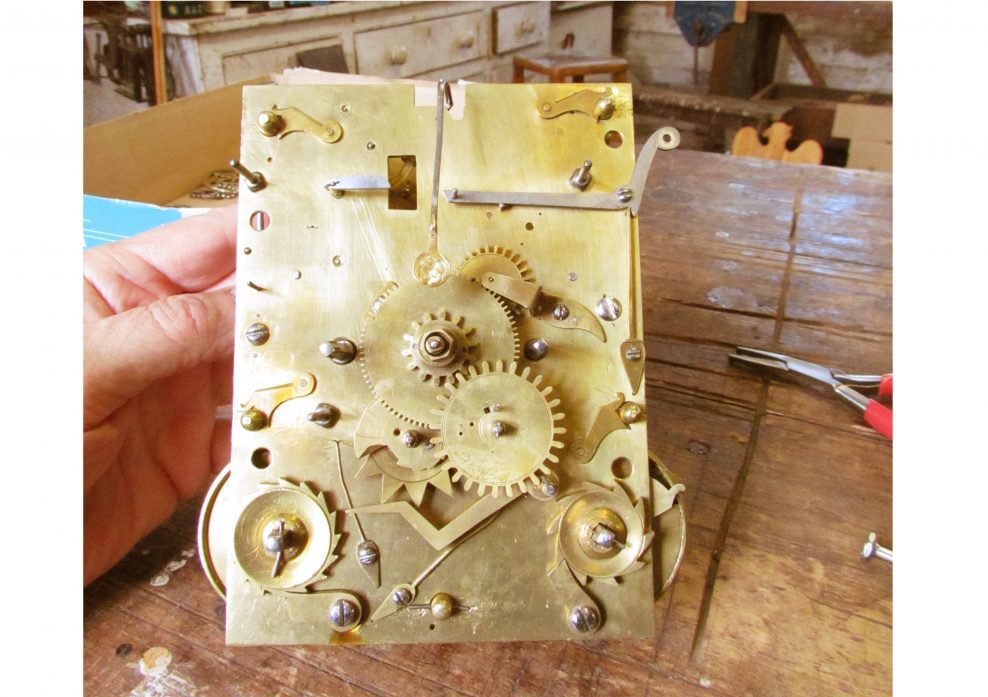 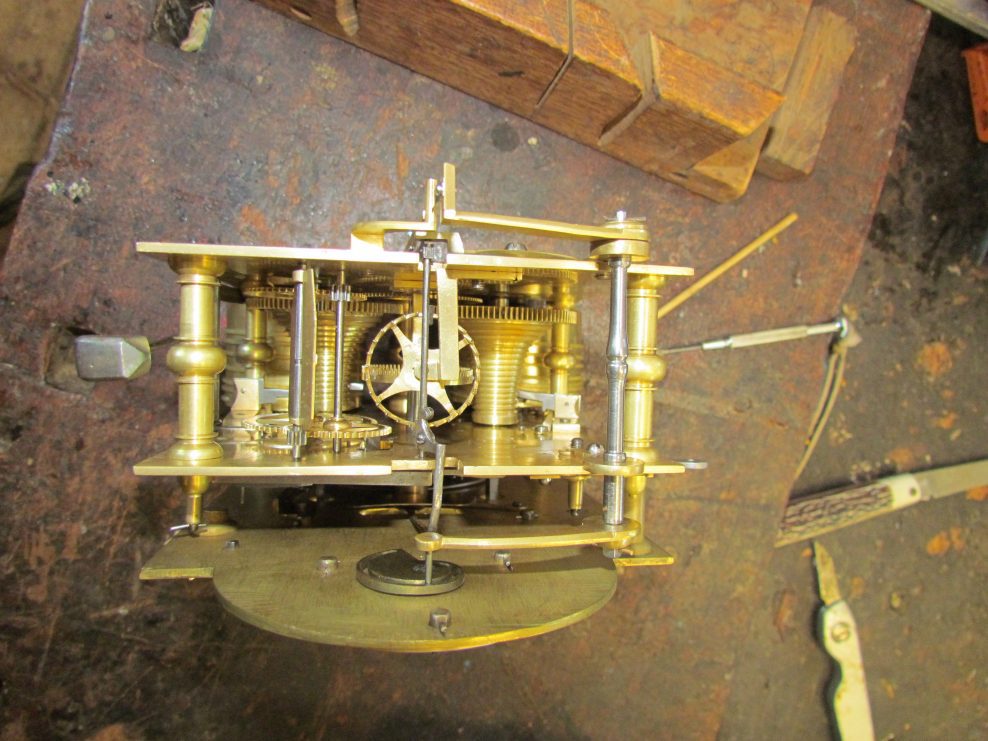 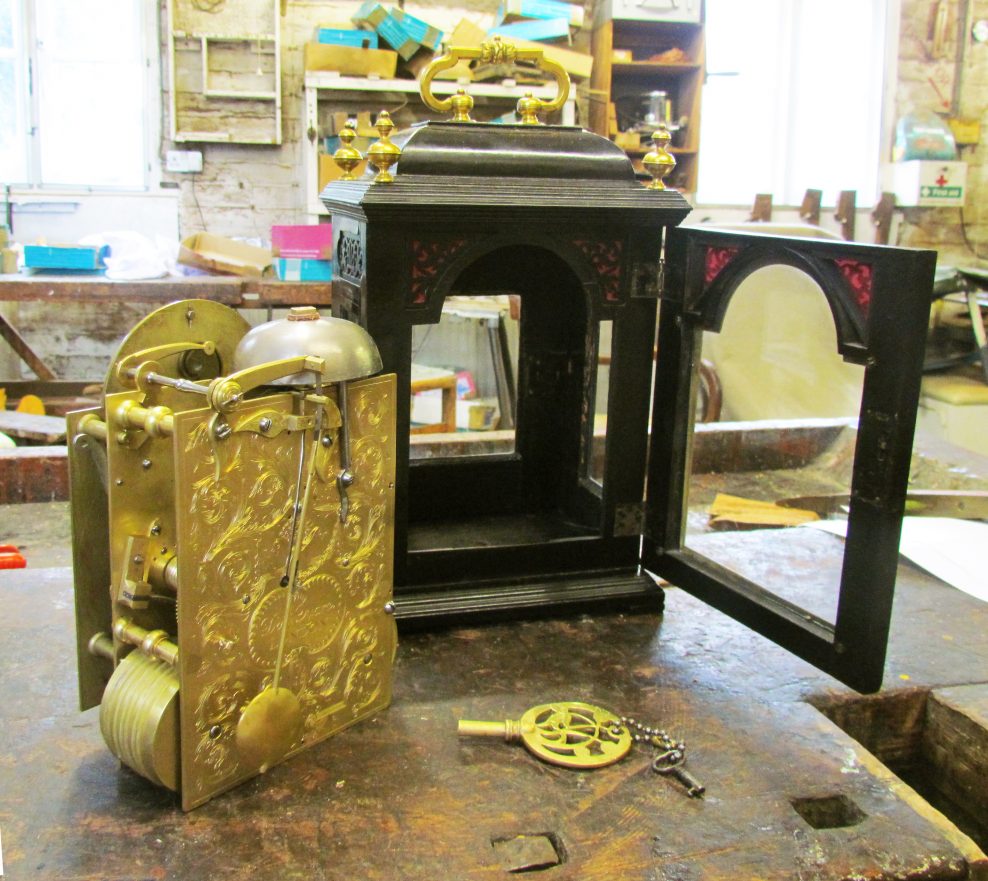