A large 19th century watercolour and gouache painting, in its original gilt frame and wash lined mount, had been severely infested with mould following a flood in the room where it was hanging.

The image portrays a family group in costume painted in water colour pigment with significant body colour or gouache. The thickly encrusted mould spores were covering large areas of the portrait, changing its appearance dramatically including most of the colours and some of the white dress. Fortunately the faces were relatively unscathed.

Such a severe infestation could have caused irreversible paper and pigment degradation if not halted in time. The old wash-lined mount was in fact beyond salvage.

Emergency treatment included complete dismantling with all infested framing materials discarded apart from the actual gilt moulding which fortunately was undamaged by the flood. The whole item was allowed to dry prior to spore removal and conservation treatment.

Conservation treatment involved extensive mould spore removal, surface cleaning and sanitising. Much of the residual staining was removed with solvent swabs and by suction. Removing staining from the white areas was particularly difficult and some flaking areas had to be consolidated. The damp had caused the thick paper to warp, so slow humidification followed by prolonged pressing  ensured complete drying and flattening of the substrate.

The client wished to replicate the original wash-lined mount. Fortunately Caroline J. Spiers Framemaking, a specialist in Somerset, was able to fulfil this wish and the results were impressive. The frame had previously been conserved and re-gilded by Cath Lloyd Haslam ACR, she reinstated the newly mounted painting with the frame on site.

Documentation with photographs were supplied and recommendations for hanging to ensure air gaps and ventilation behind the painting once secured to the wall. 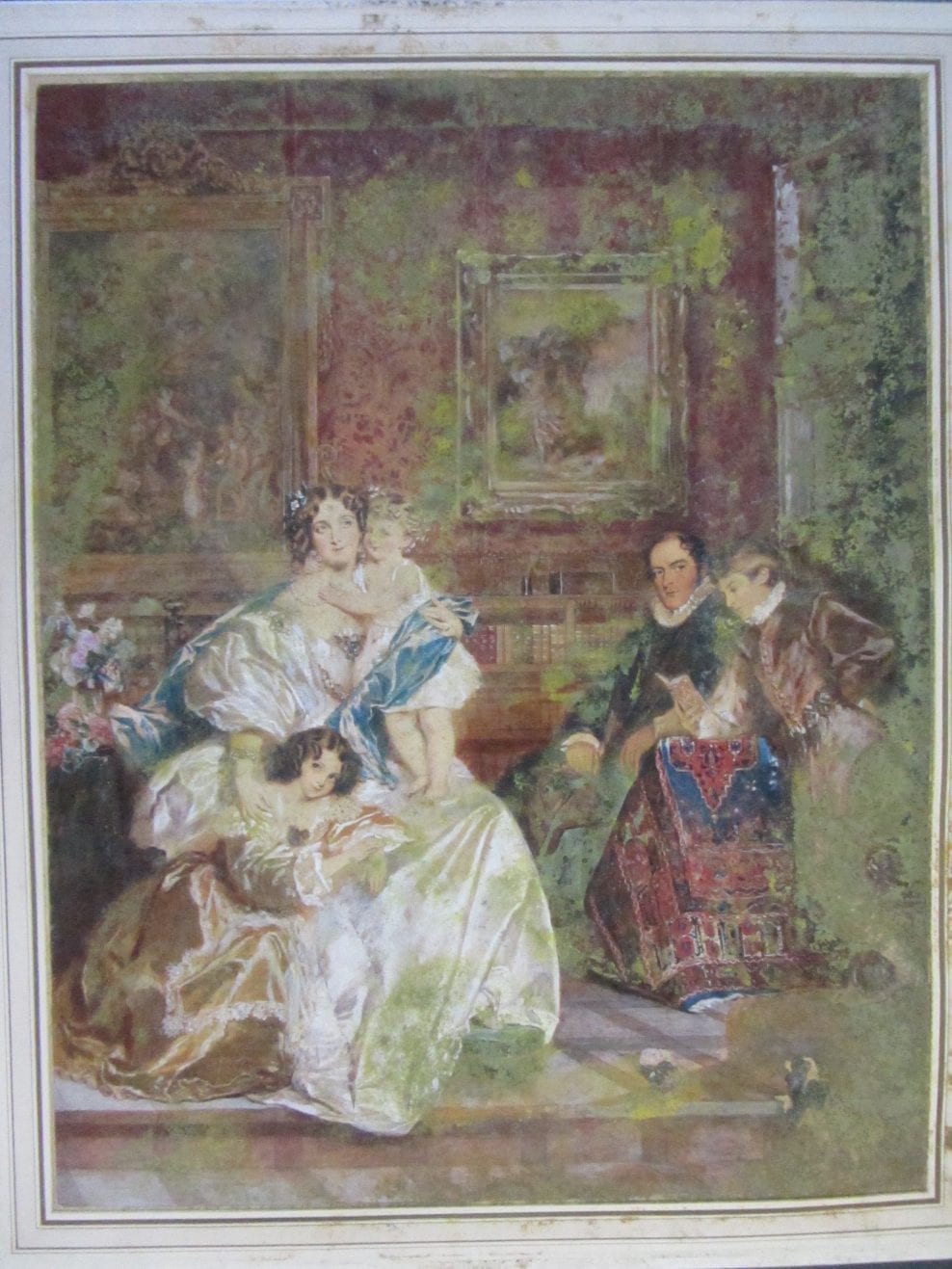 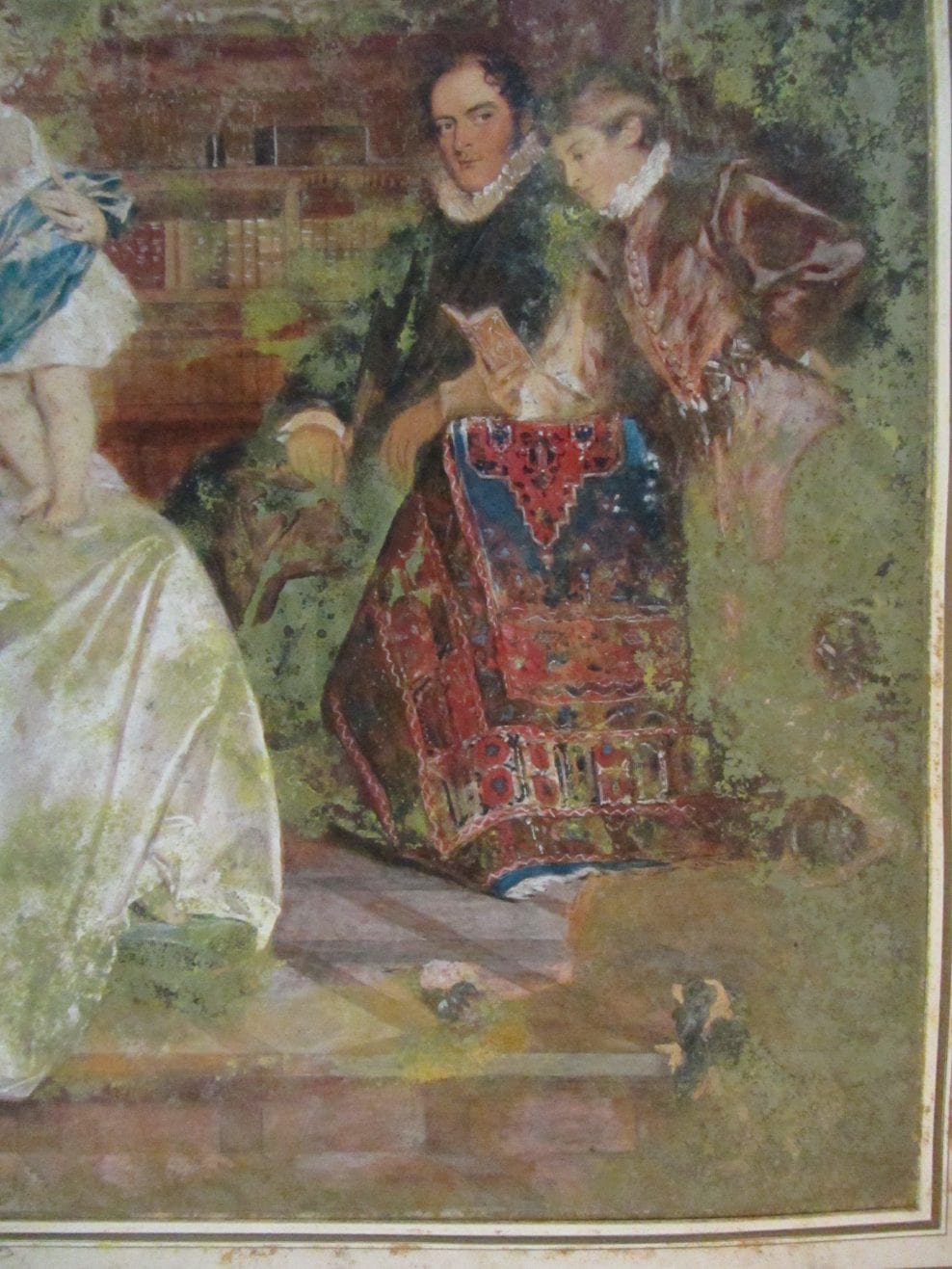 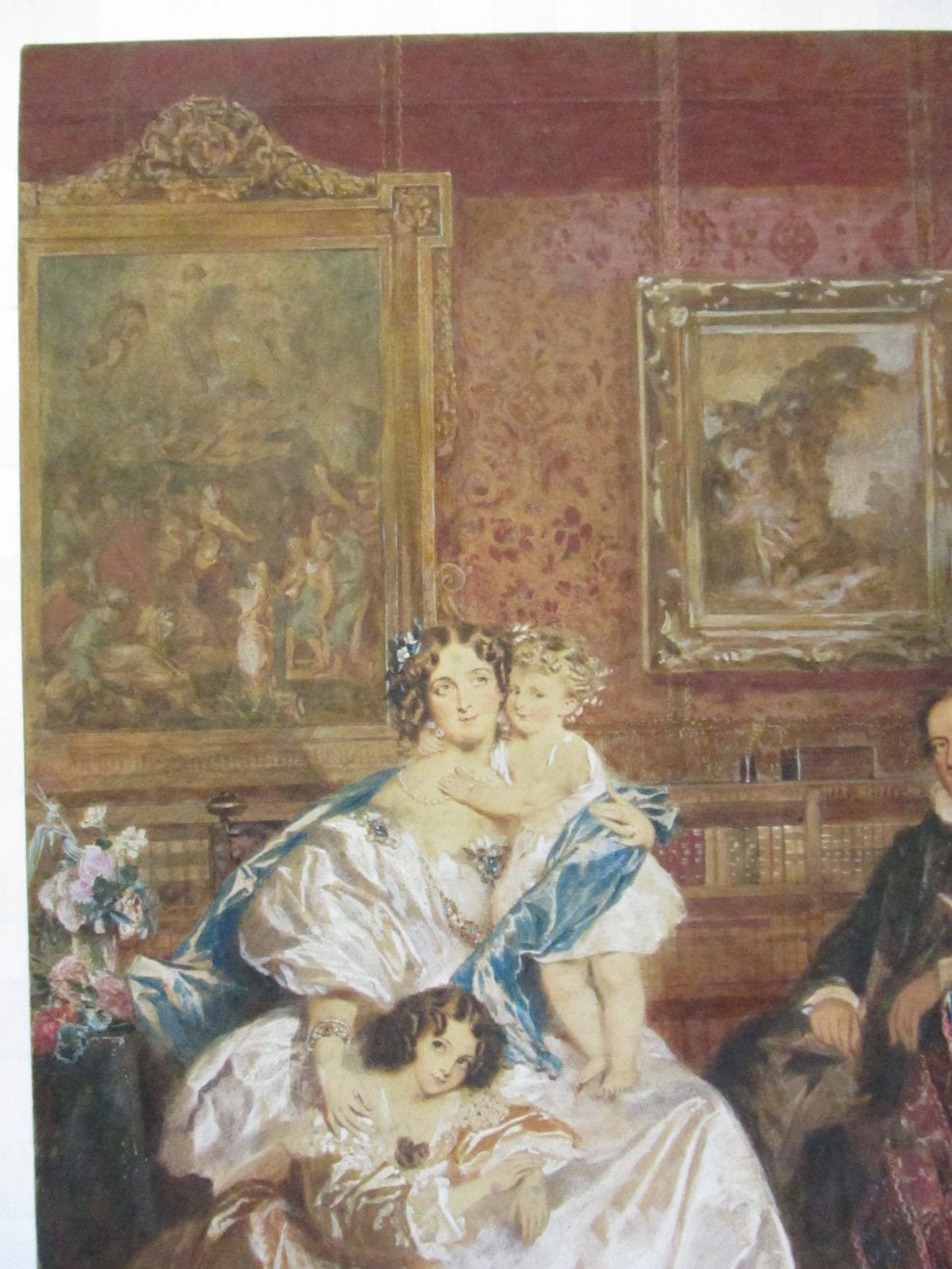 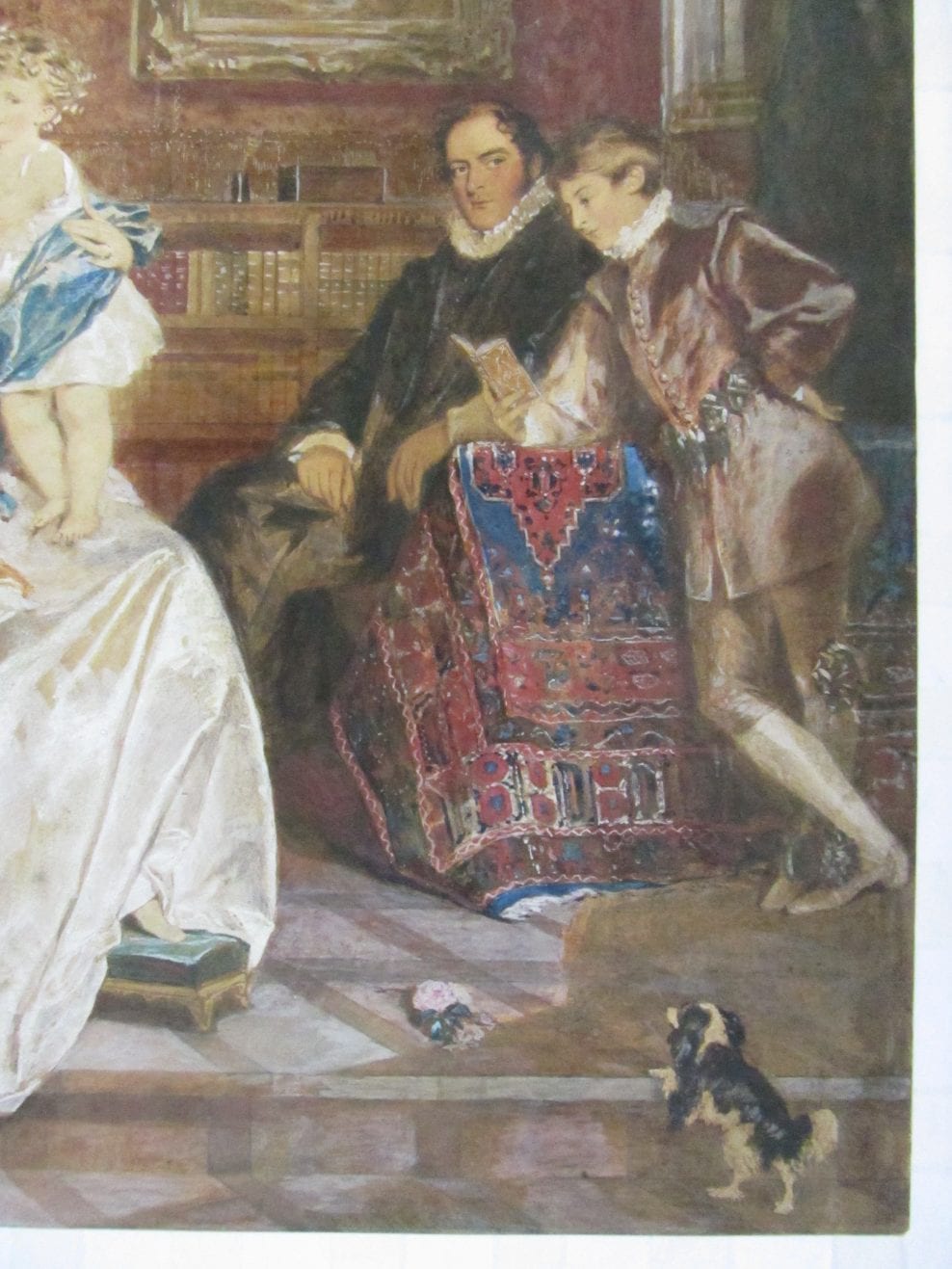 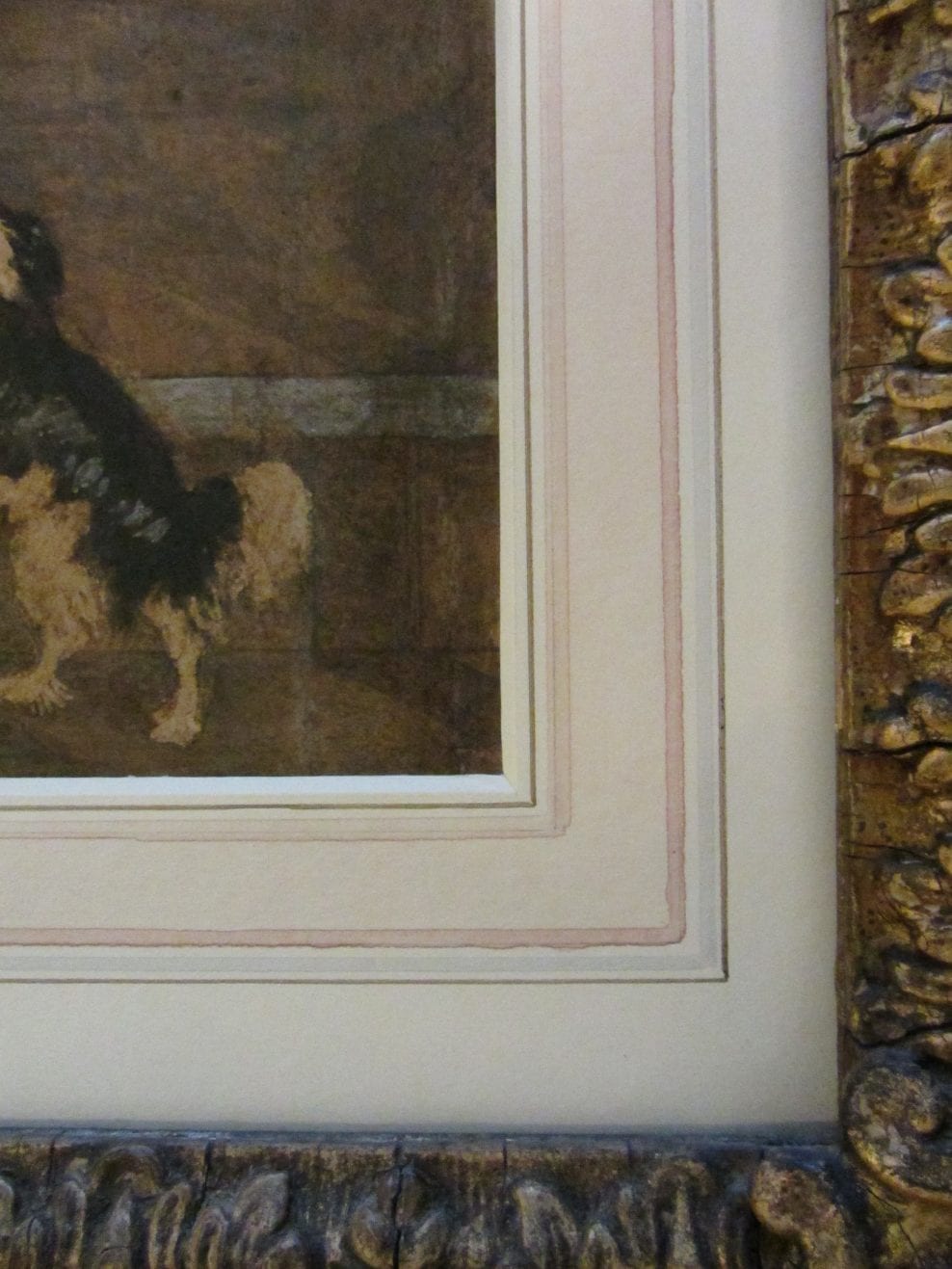 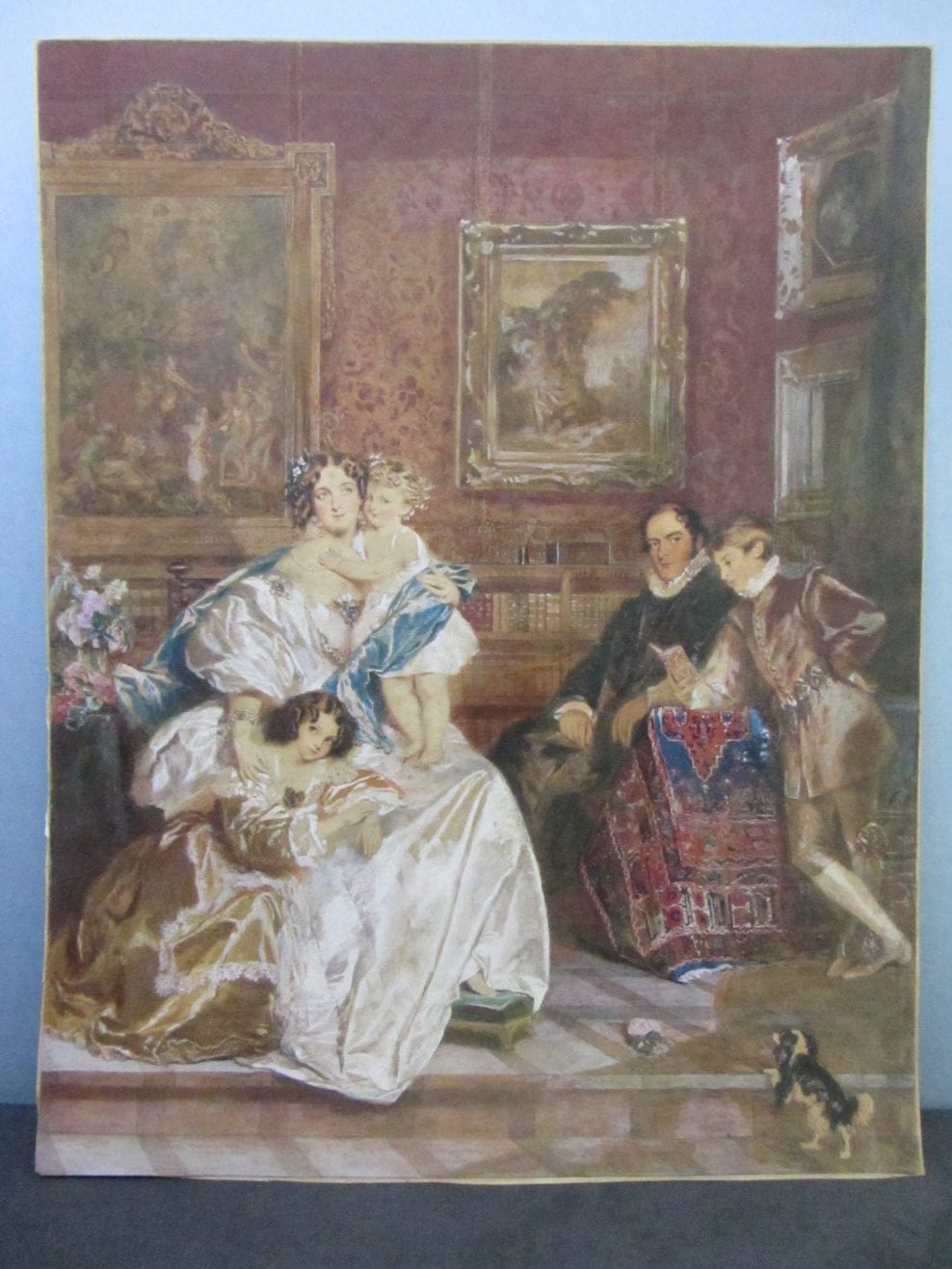 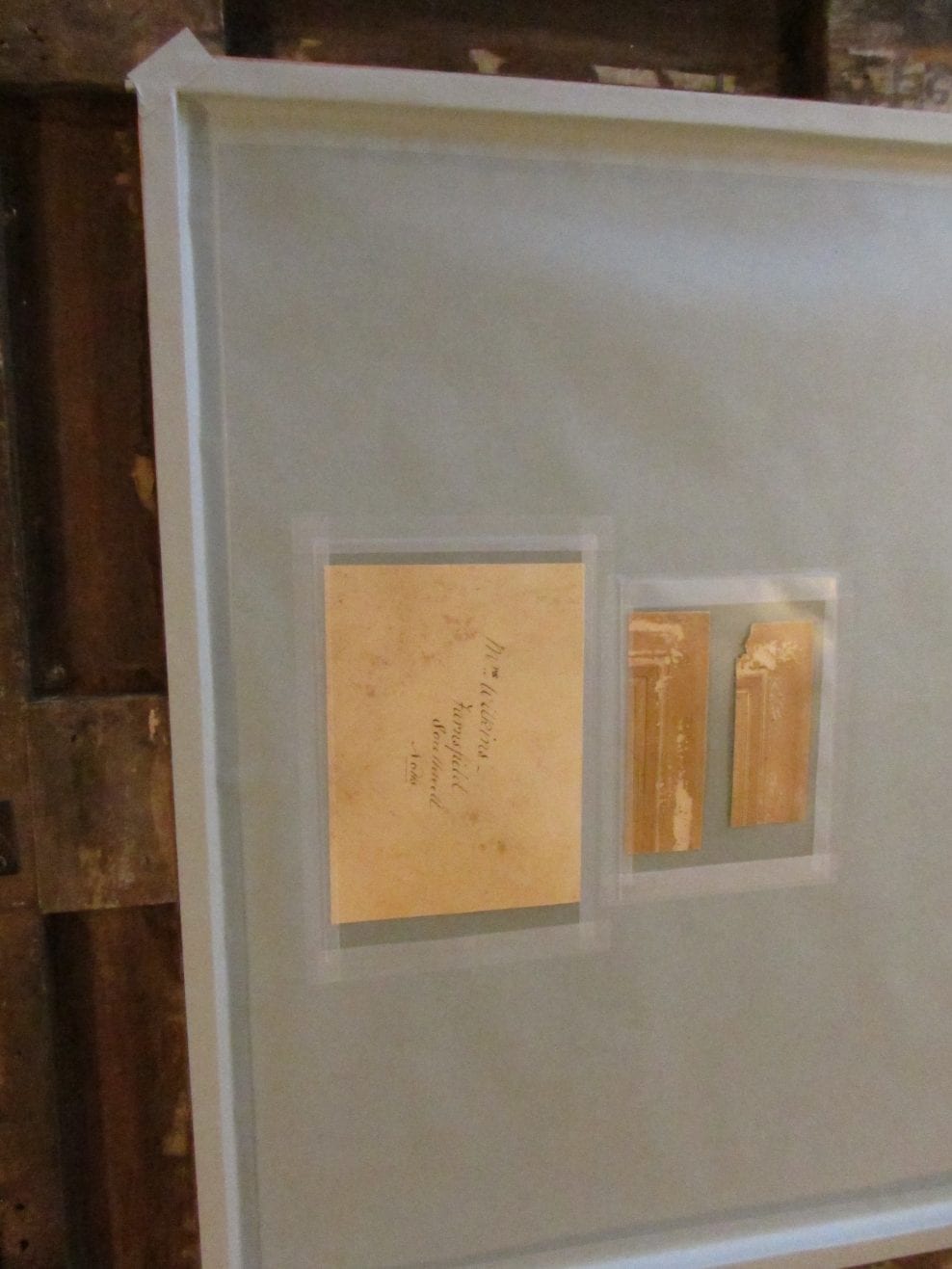 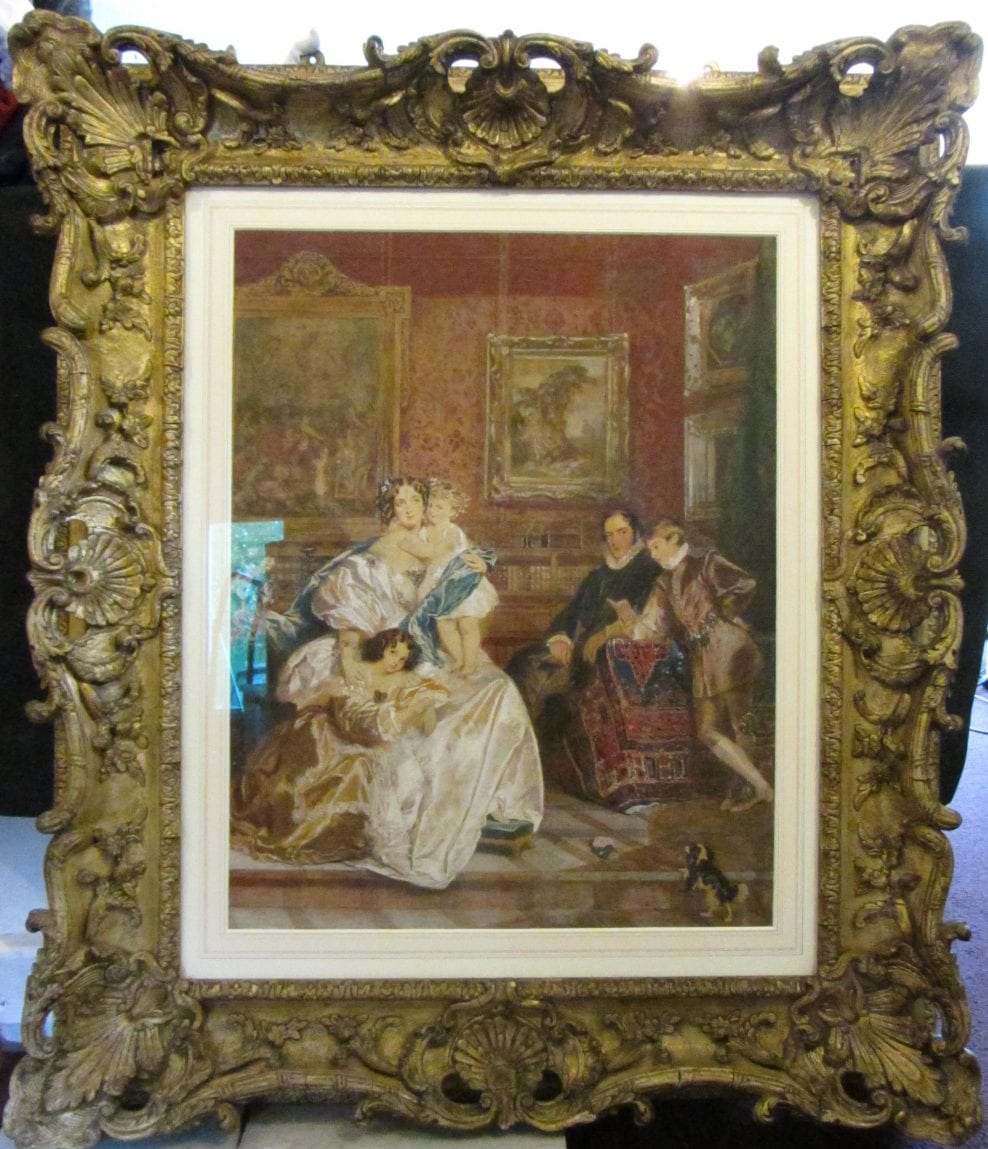