In 2008 the archivist at Hatfield House asked if we could take over a project which had already been ongoing for a number of years. This was a to treat and re-house the Cecil Papers – a collection of over 30,000 manuscript letters of William Cecil, 1st Baron Burghley (1521-1598) Lord Burghley, and his son Robert Cecil, the First Lord Salisbury (1563 – 1612). The collection also included letters from Queen Elizabeth I, and Sir Walter Raleigh, dealing with such matters as the trial and execution of Mary, Queen of Scots, and information from servants of the Gunpowder Plot conspirators.

In the early 20th century the manuscripts had been tipped onto paper guards and tightly bound in a long series of volumes, some in half-vellum and some in leather. Many of the letters had the fore-edges folded over as they were too large for the format of the books – these had deteriorated considerably as a result. There were also some which had suffered from damp, and required sizing to restore their strength and flexibility. Our remit was to take off the old covers and carefully remove the paper guards from the manuscripts. In addition we would carry out any necessary de-acidification, strengthening and repairs. Finally, we were required to hinge the documents into new volumes of half-leather, with archival tissue and wheat starch paste – a process known as fasciculing. This method of hinging allows the letters to float on the page with no visible signs of fixing. A minimal intervention approach was taken – only carrying out repairs to the manuscripts where absolutely necessary. As the documents had already been put into print, the originals were not likely to be subject to a great deal of handling by researchers and therefore more extensive repairs were not required. The new volumes were made to a wider format than the originals, so that the manuscripts would not need to be folded at the fore-edge again. The paper used was 160gsm archival book white, and headbands were hand worked with unbleached linen thread. Each of the original volumes had to be divided into two, and sometimes three, new books to reduce the stress on the bindings, and make it easier to use with less bulk, and help the pages lay flat when open. As an addition we made slip-cases to house the individual books. The last volume was completed in 2021. 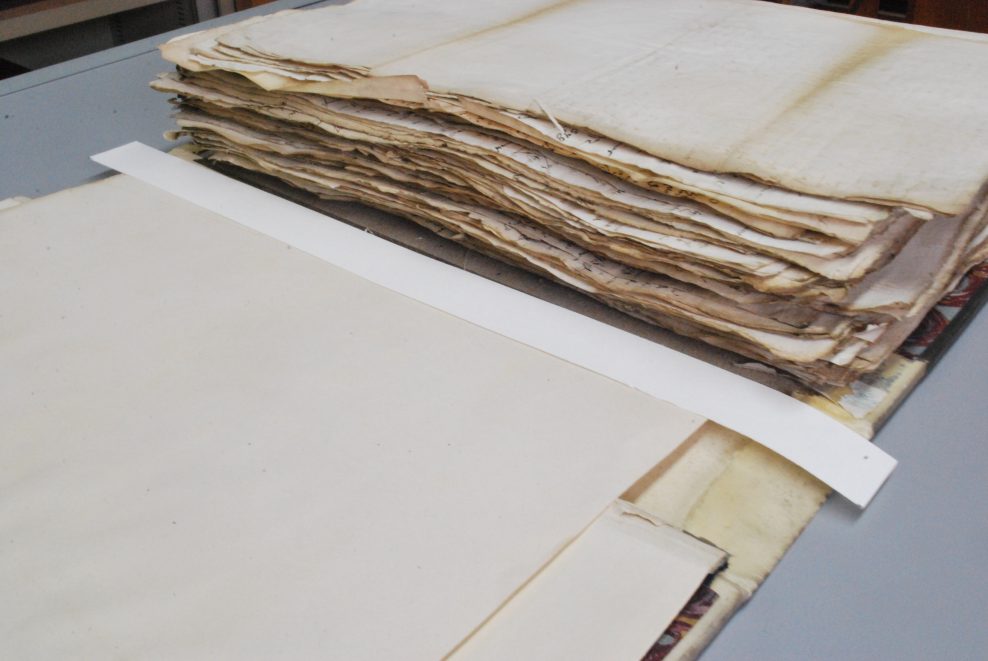 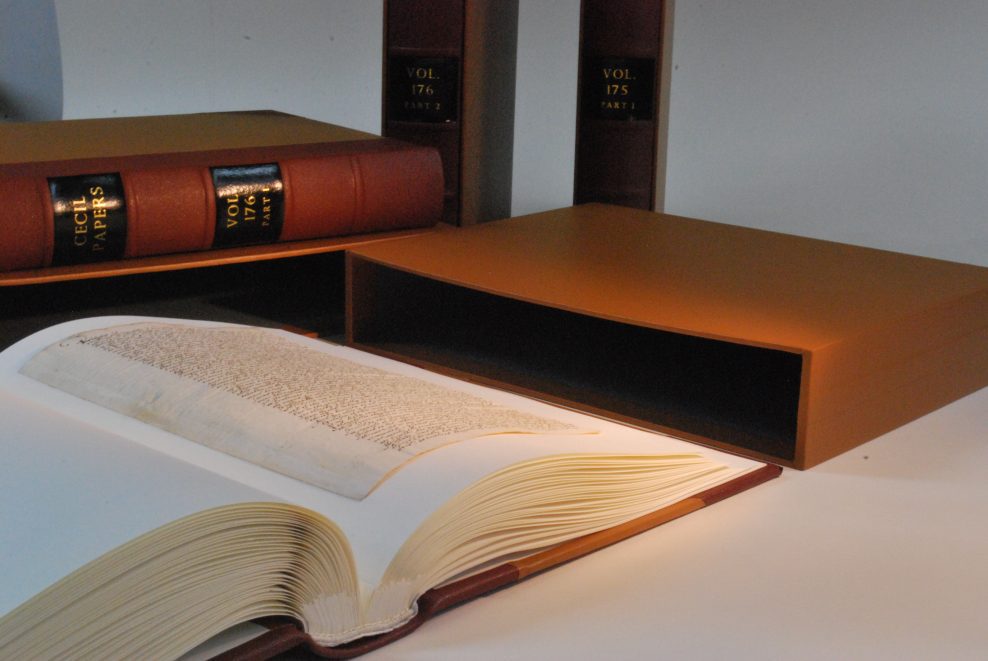 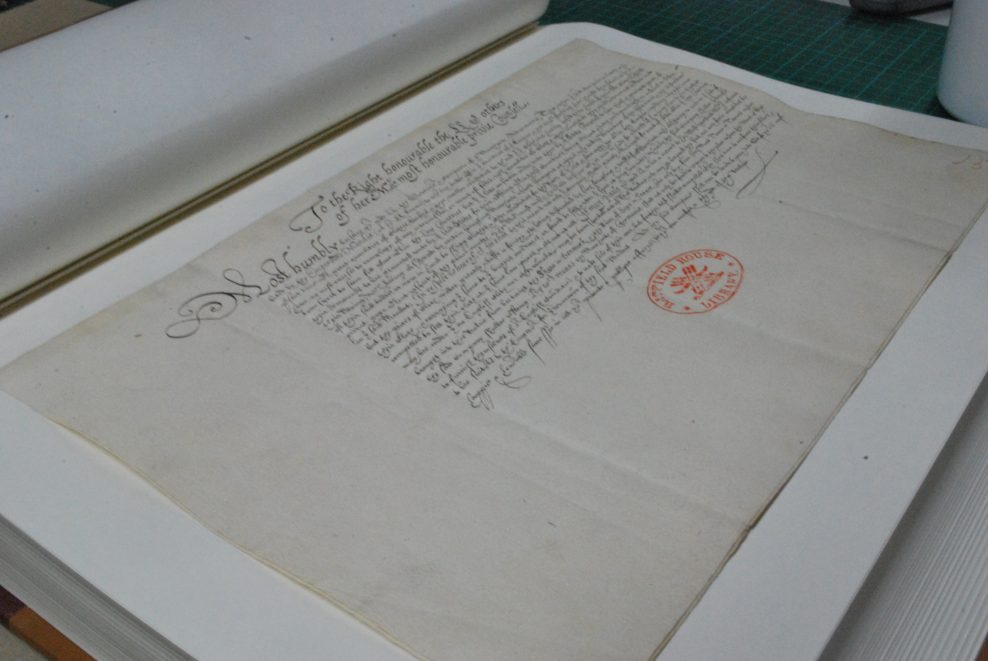 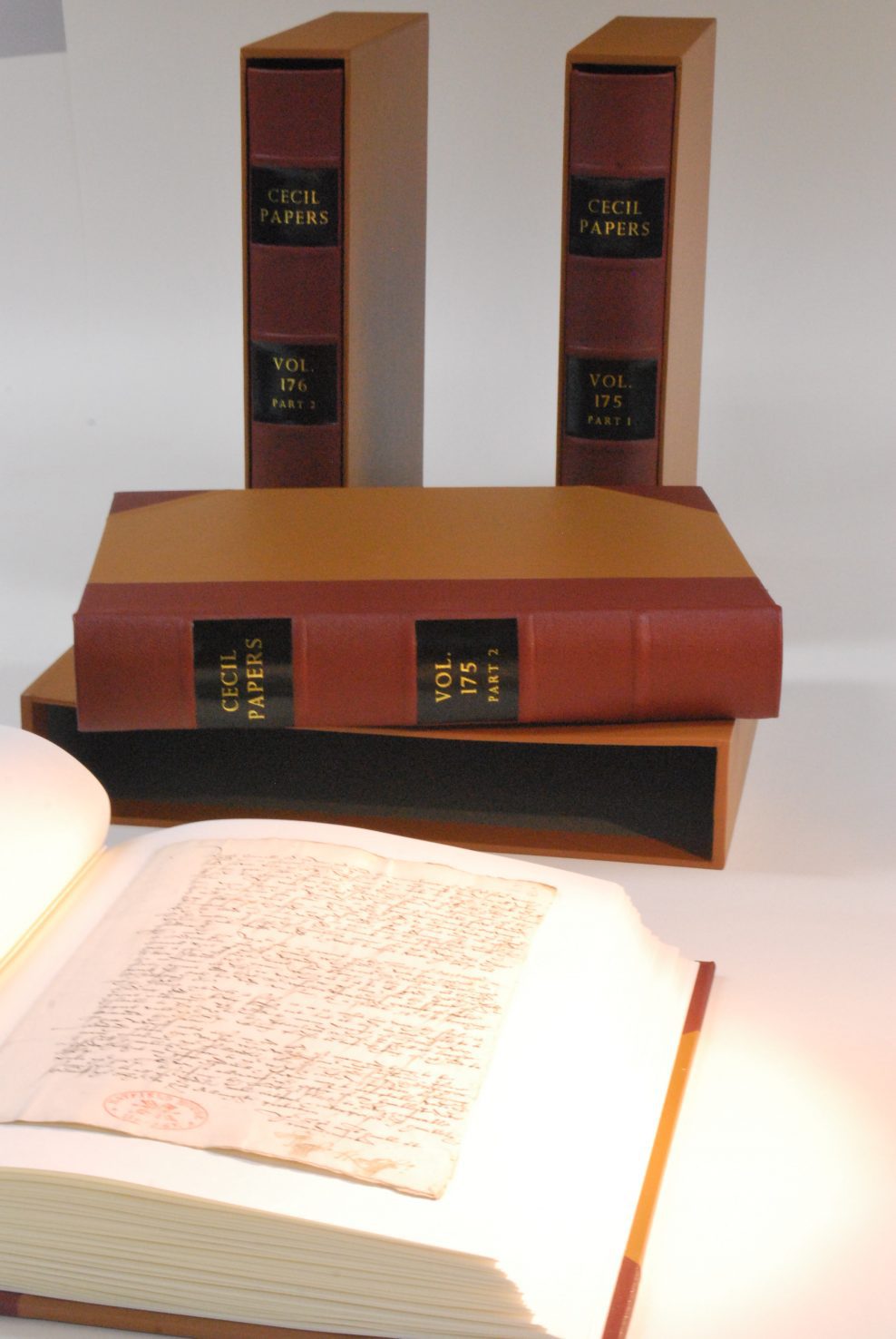