The printed silk kerchief, part of an archive of original designs of Brunel’s Thames Tunnel, commemorates the opening of the tunnel in 1843.

The project involved removal of the very fragile and fragmentary silk panel from an old, acid mount, by removing scores of metal staples and degraded adhesive tape; followed by conservation treatment and re-mounting to make it sufficiently stable for storage, study and occasional display. Treatment also included the fabrication of a customised storage box.

When received, the kerchief was stretched over and folded to the back of an old acidic board. The silk was badly distorted and under tension. Metal staples pierced through the design areas of the kerchief and the adhesive tape covered all four edges of it.

Overall, the silk was extremely weak; numerous splits and holes had formed, especially along fold lines and around the staples. There were many areas of loss, including a prominent section of the centre design.

Following test results, the kerchief was removed from the board, surface cleaned to remove loose soils and degraded silk fibre dust; and humidified to ease distortions and relax fold lines. In addition, the adhesive tape residues were removed using a combination of solvents and mechanical action. Following this, the kerchief was fully supported onto a panel of silk crepeline which had been pre-cast with a conservation-grade adhesive; and then stitched to a customised, fabric covered board. For display purposes, the areas of loss were visually in-filled with strategically placed, colour-matched textile patches; they were stitched to the board prior to attaching the kerchief. Further support was provided by a custom-dyed, conservation-grade net overlay.

To protect the conserved kerchief during handling, and to make it display-ready within a show case, a fabric covered window mount was positioned over and attached to the mount board. A made-to-measure storage box was also provided.

Following treatment, the kerchief was considered considerably less vulnerable, well supported on its mount, well protected in the storage box, and sufficiently stable for occasional display near horizontal within a show case. 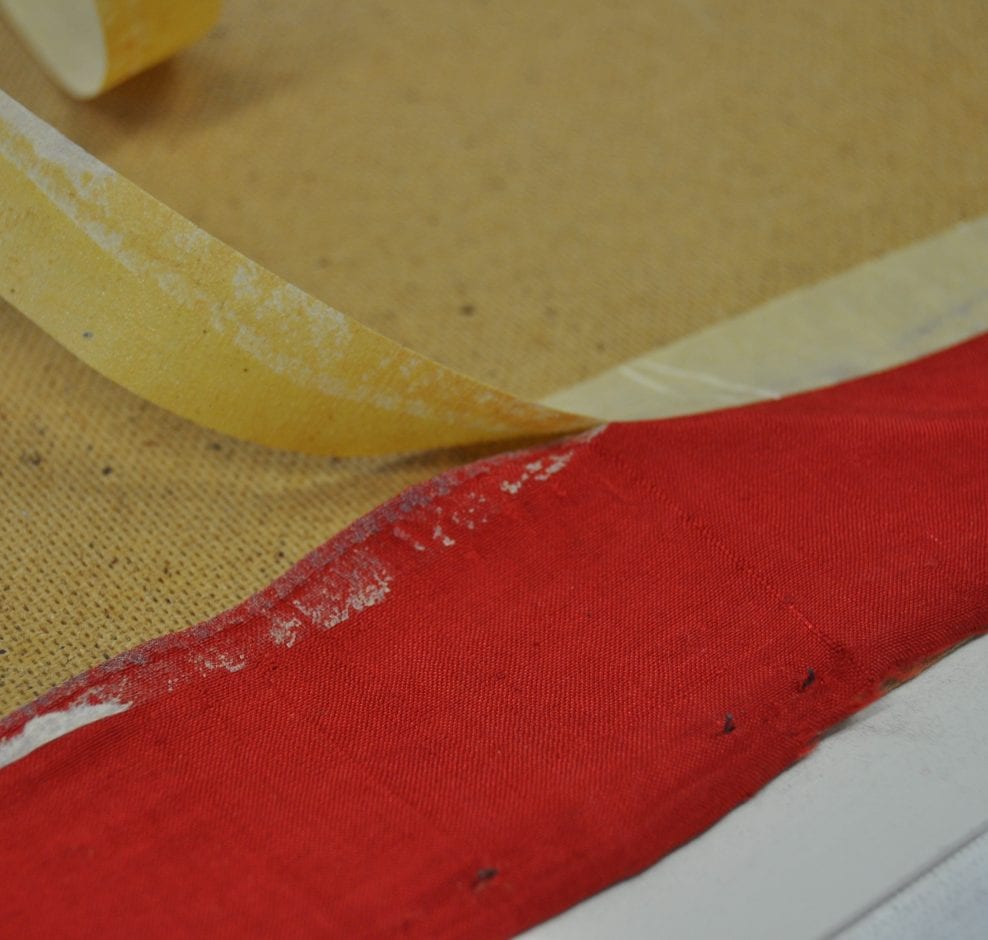 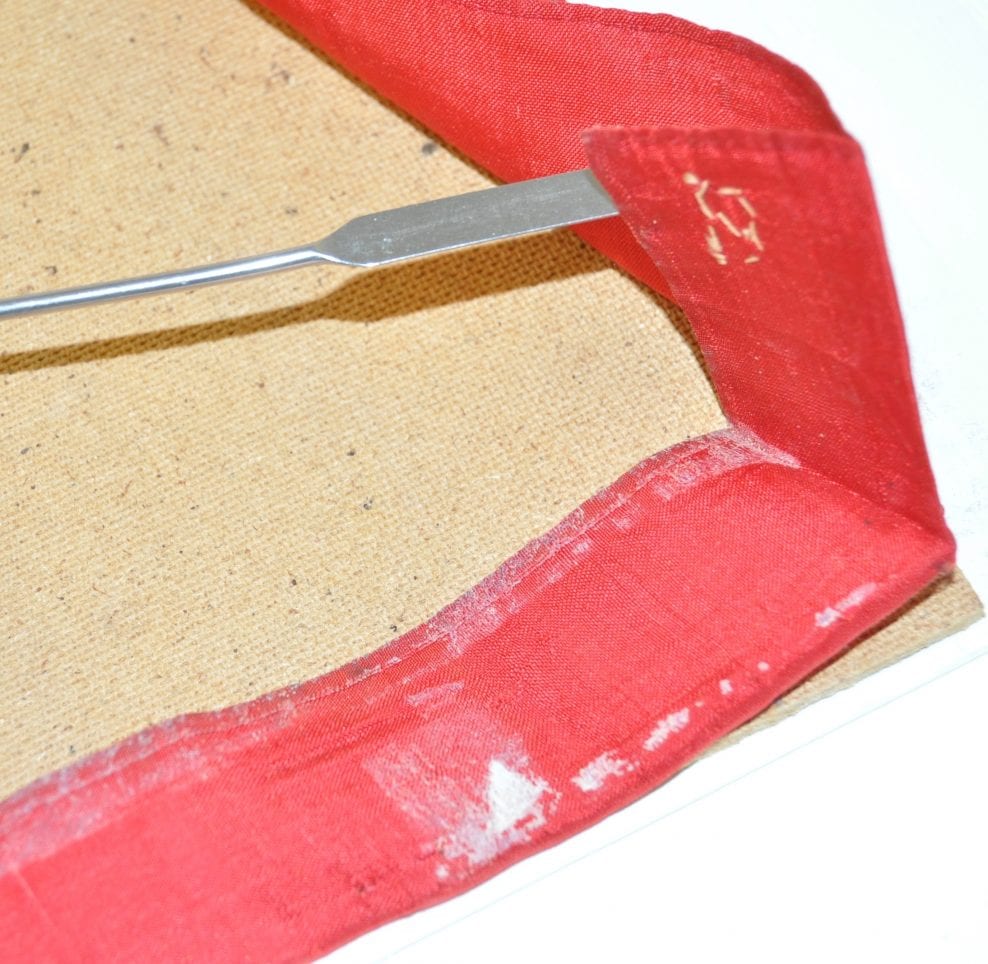 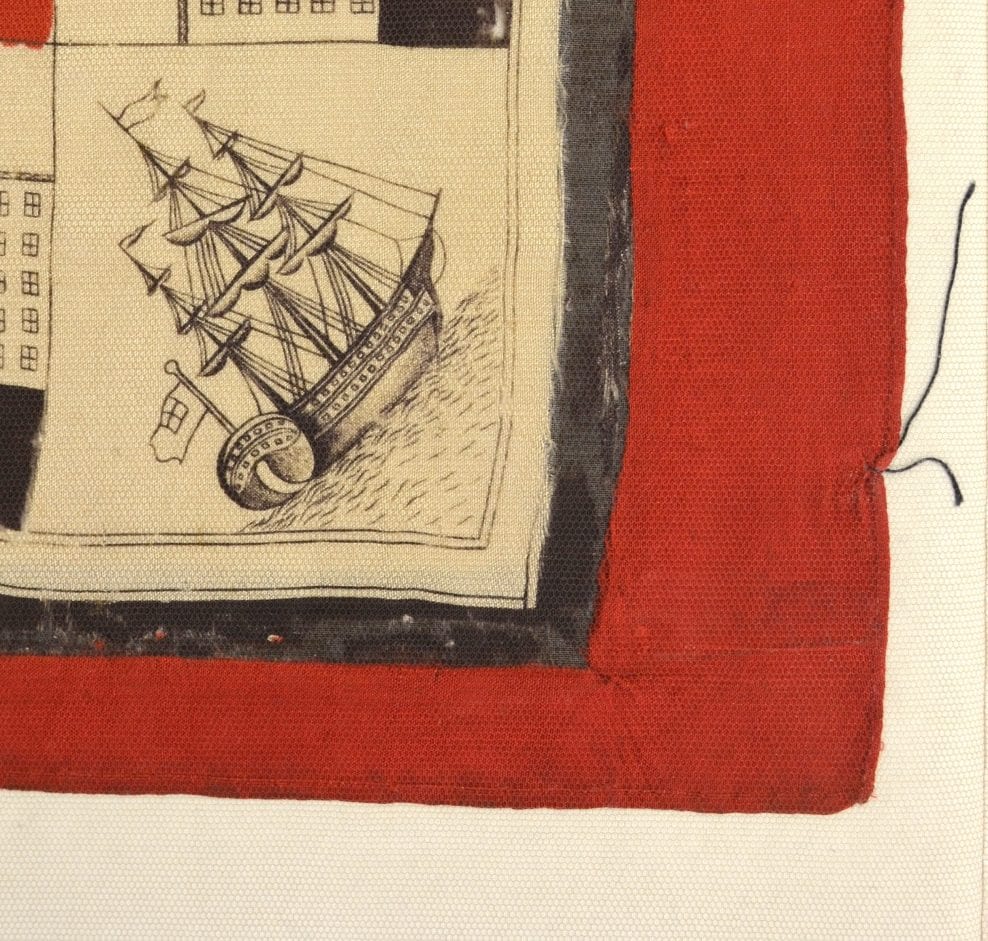 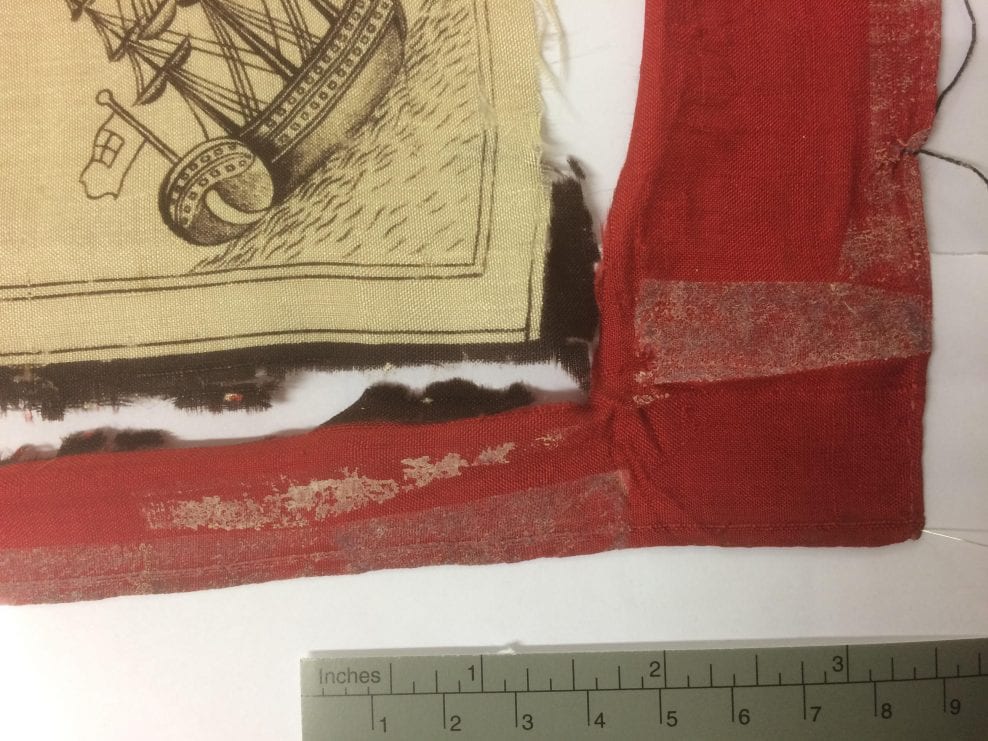 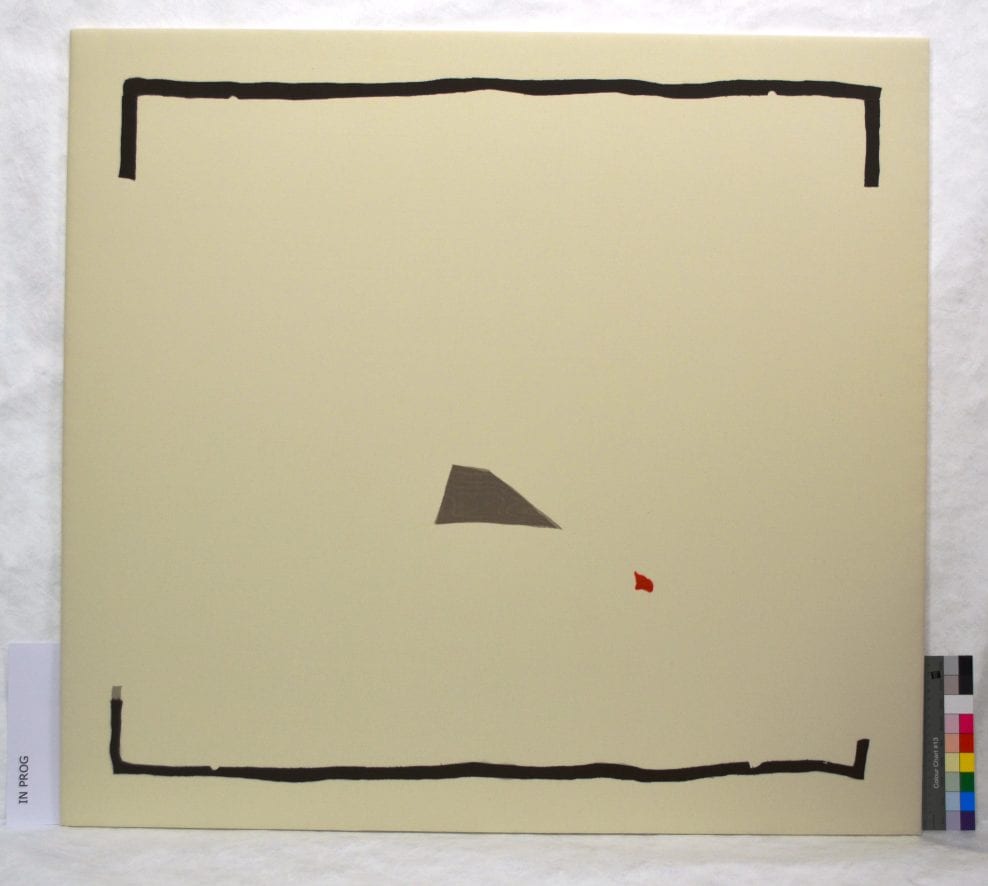 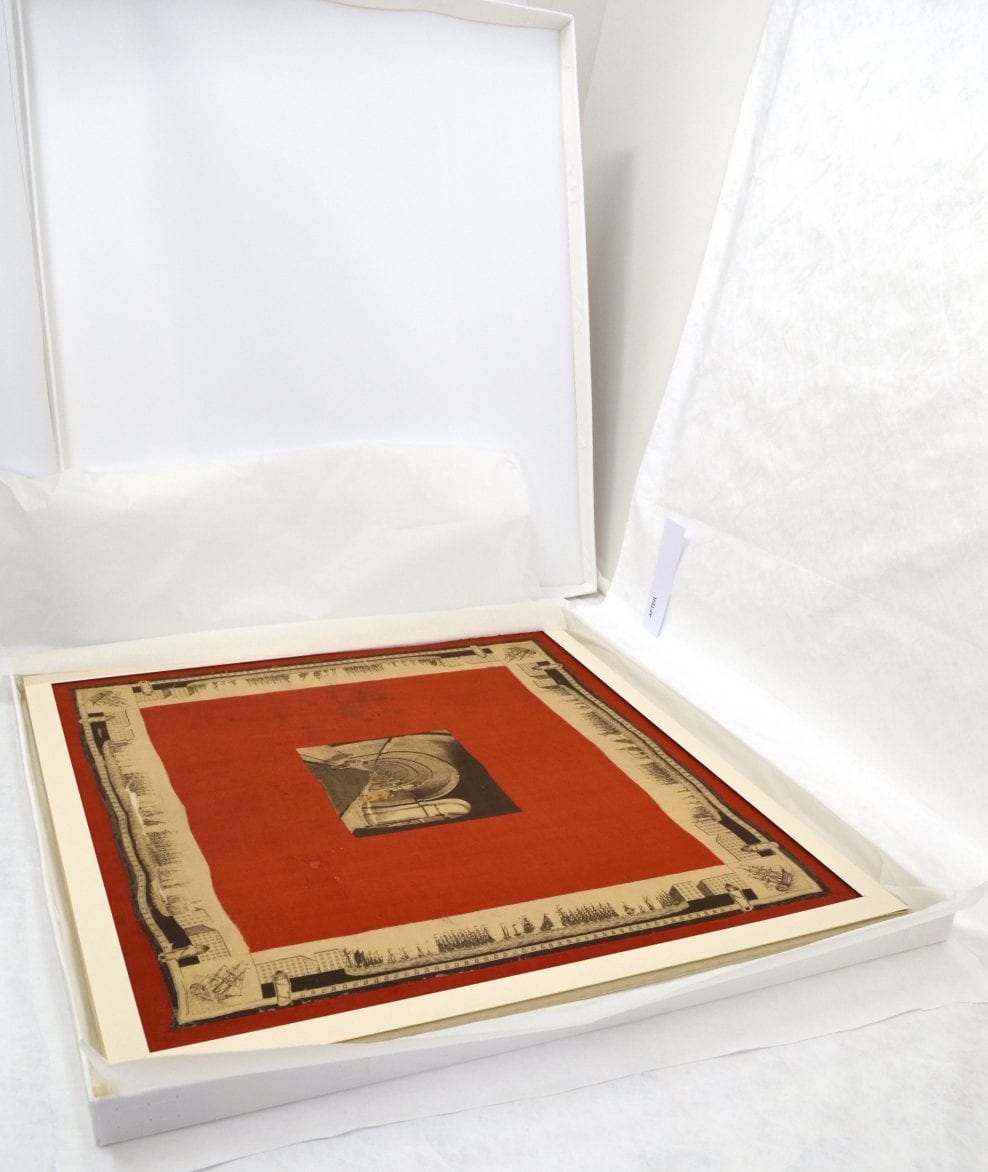