English Heritage staff at Brodsworth Hall, near Doncaster, were gradually losing the ability to open the original mid-Victorian wooden roller shutters on the ground floor windows of the house, to the point where only five out of the 24 were operational. This project involved investigating how the shutters worked and why they had failed; and then undertaking the necessary restoration work to bring them back into use.

The original shutters consisted of cedar slats (70 to 80 per window), mounted on to 5 webbing straps that would roll up onto a wooden shaft in a shutter box above the window, with a counter-weight on a leather strap at one end balancing the weight of the shutter. The clever design meant that the thickness of the leather strap on which the weight was mounted increased the effective weight as the shutter ran out over the window, keeping it more or less balanced. Over 140 years of use repairs had meant many slats had been replaced with other timbers a,nd thinner leather, dramatically affecting the overall dynamics of the functioning of the shutters.

The project ran over a 30-month period, programmed in with other conservation work on site that also included keeping the house open to the public, and consisted of:

Two of the shutters were repaired and re-painted but kept their historic opening arrangement (rope instead of gear boxes).

A short video of the project can be found on the Caring for Brodsworth page on the English Heritage website here. 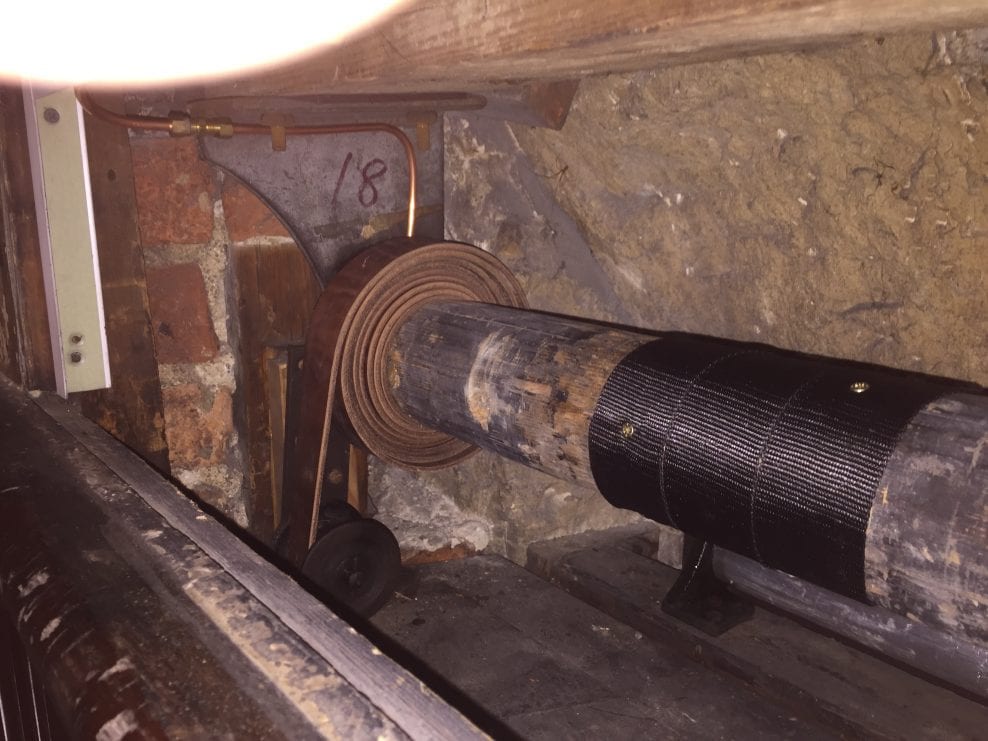 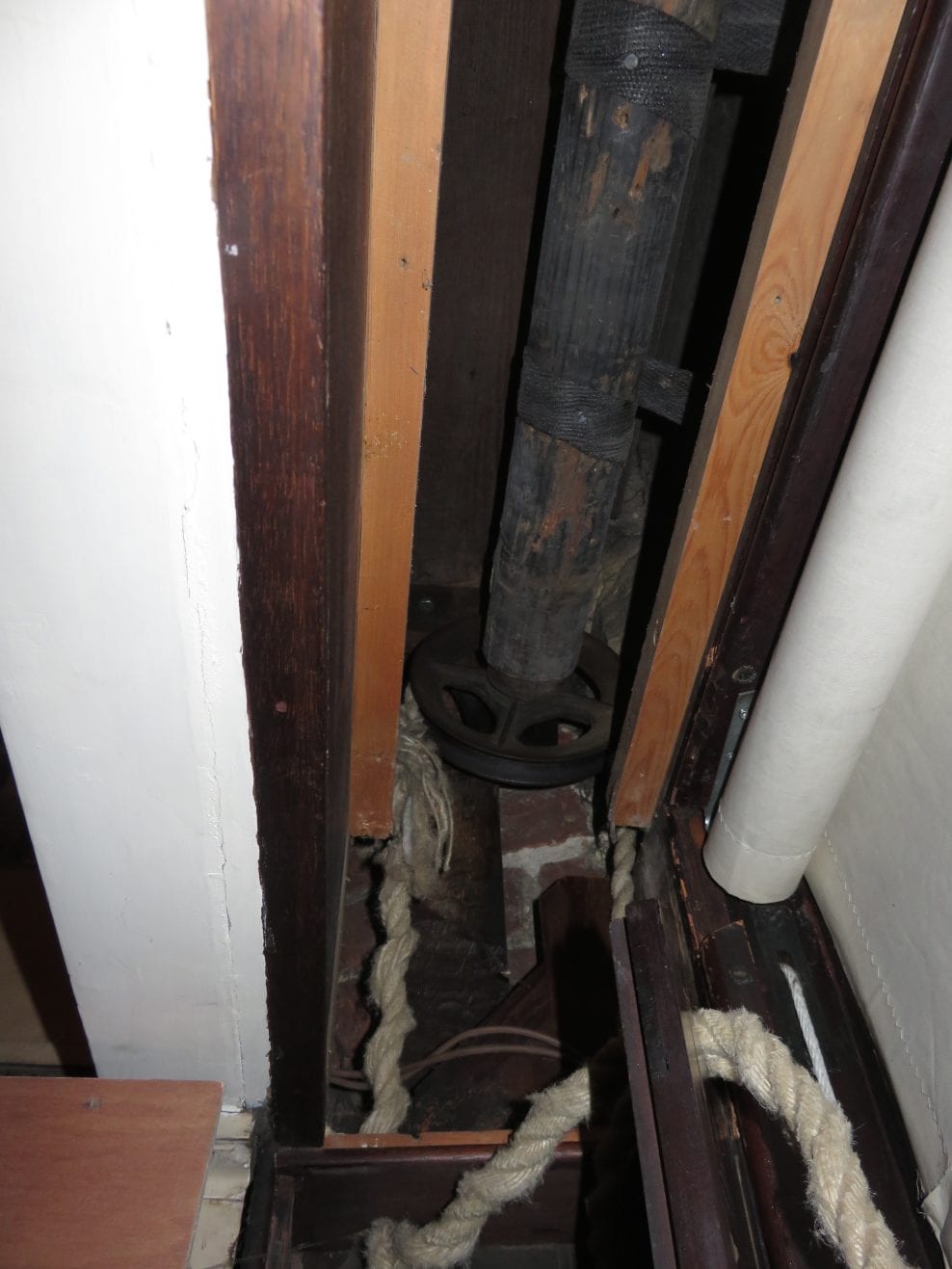 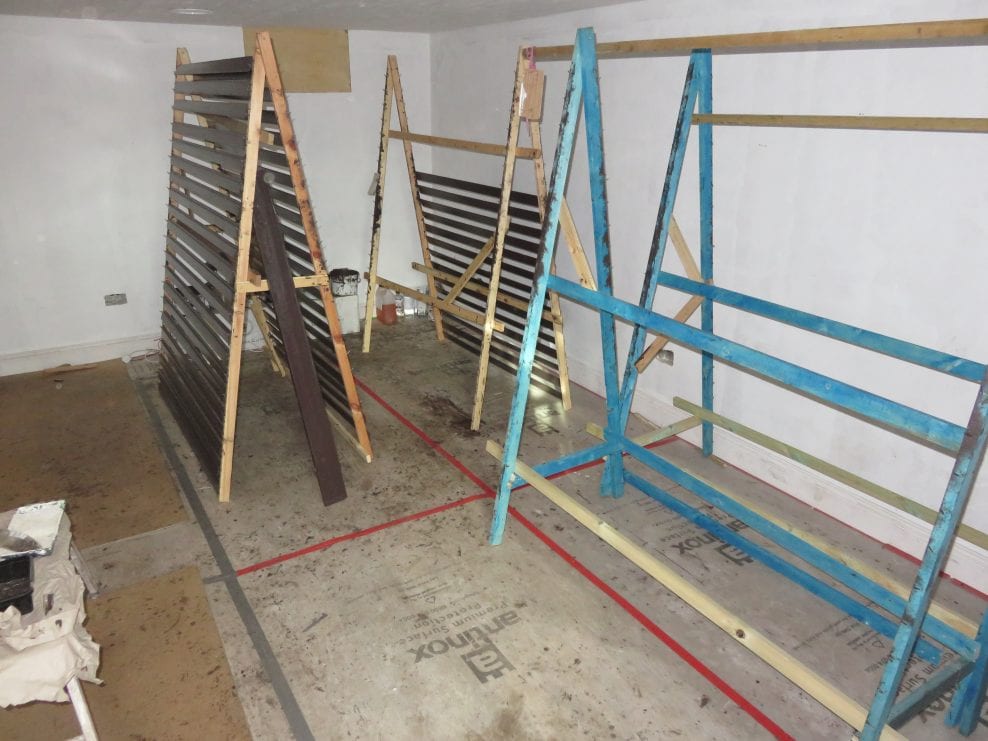 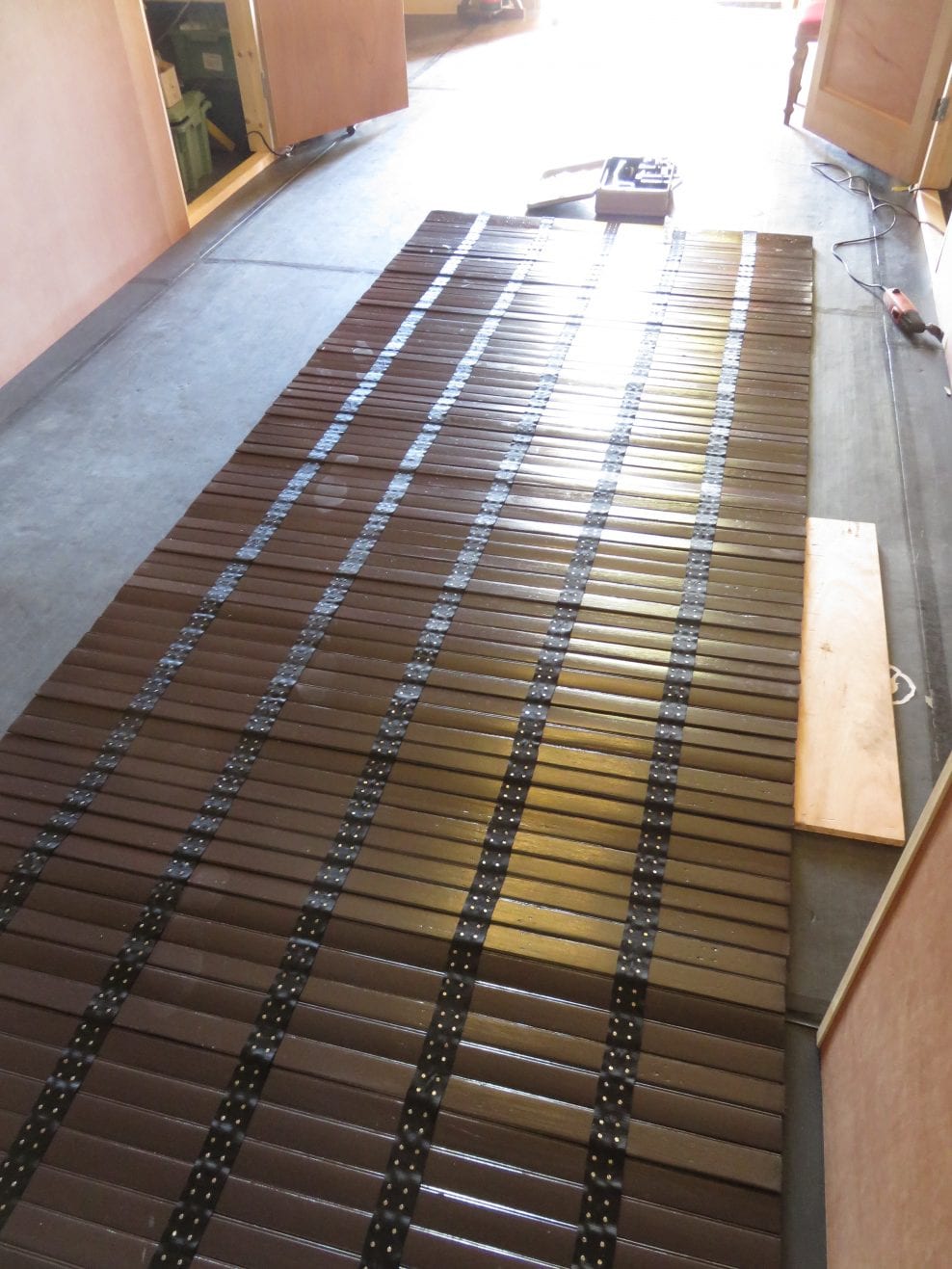 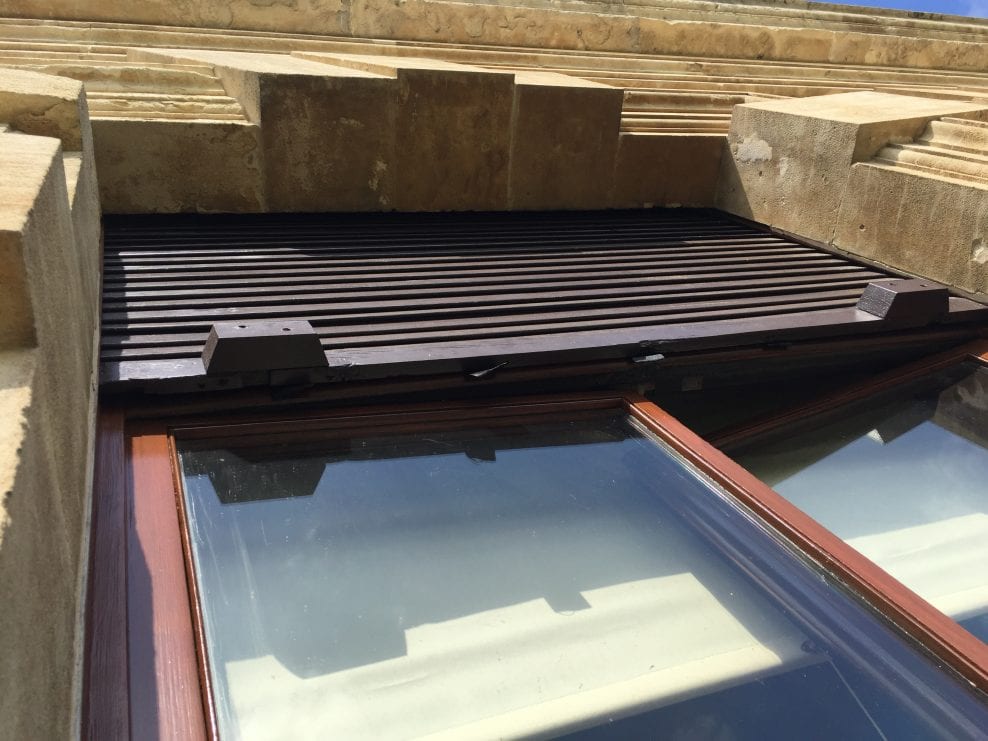