Complex structural and aesthetic treatment of a framed panel painting from a Private Collection.

Executed in oil on a wooden support, the panel was composed of four horizontal members, with additional battens screwed along the edges of the reverse. There was significant movement to the overall structure in the lower half of the framed panel, the lowest member being completely detached.

The painting was surface cleaned, at both front and back, and the discoloured natural resin varnish removed. Prior to carrying out the complex structural treatment of the panel, protective facing was applied, where necessary, to the panel joins, and fragility in the paint and ground was consolidated. The added battens were removed and the panel treated for woodworm damage. The panel was repaired in stages using a variety of clamps and weights. Gaps along the joins were filled with hardwood strips, cut to size and glued into position during the panel repair. A consolidant was applied to the reverse of the support. The reverse of the joins were strengthened with fabric and an appropriate, strong but reversible adhesive, allowing natural movement of the support. An isolating varnish layer was applied, the numerous losses filled and retouched, and then a final varnish applied.

The gilt frame was cleaned and consolidated. Losses to the frame moulding were filled or re-cast and retouched. 4.4mm laminated low reflective glazing was supplied and fitted to the frame. A softwood build-up was secured to the back of the frame to accommodate the depth of the painting and glazing. Archival foam cushioning was used to support the panel within the frame, cut to conform to the contours of the panel support at both the front rebate edge and reverse. A flexible, strong but lightweight backing was applied to the reverse of the framed ensemble, to protect the painting during transit and display. 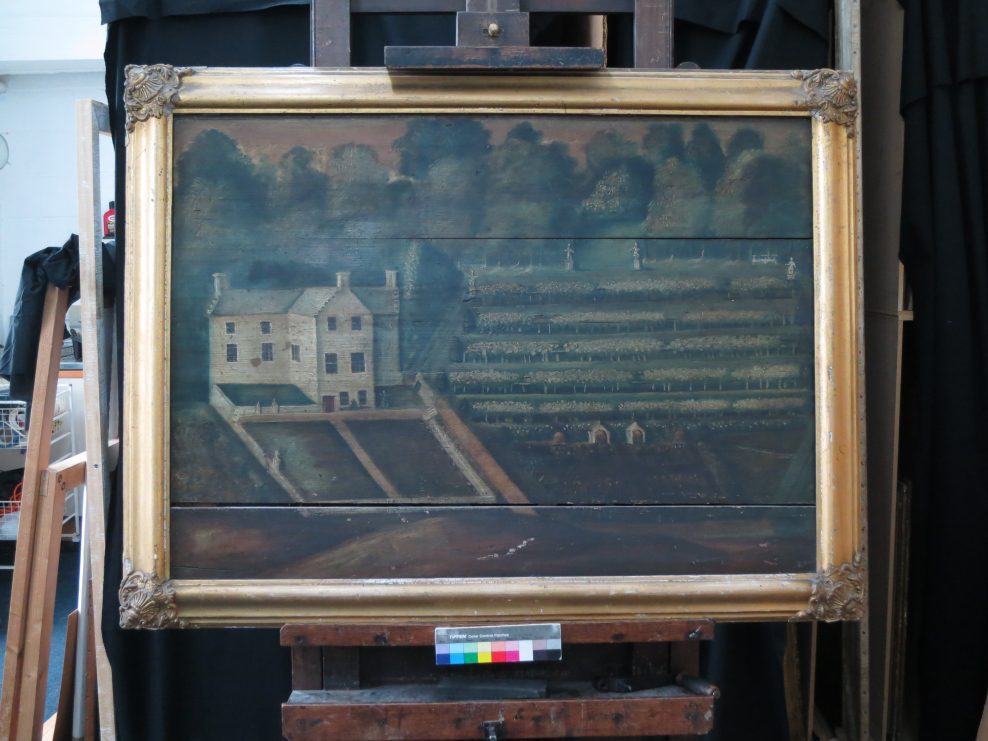 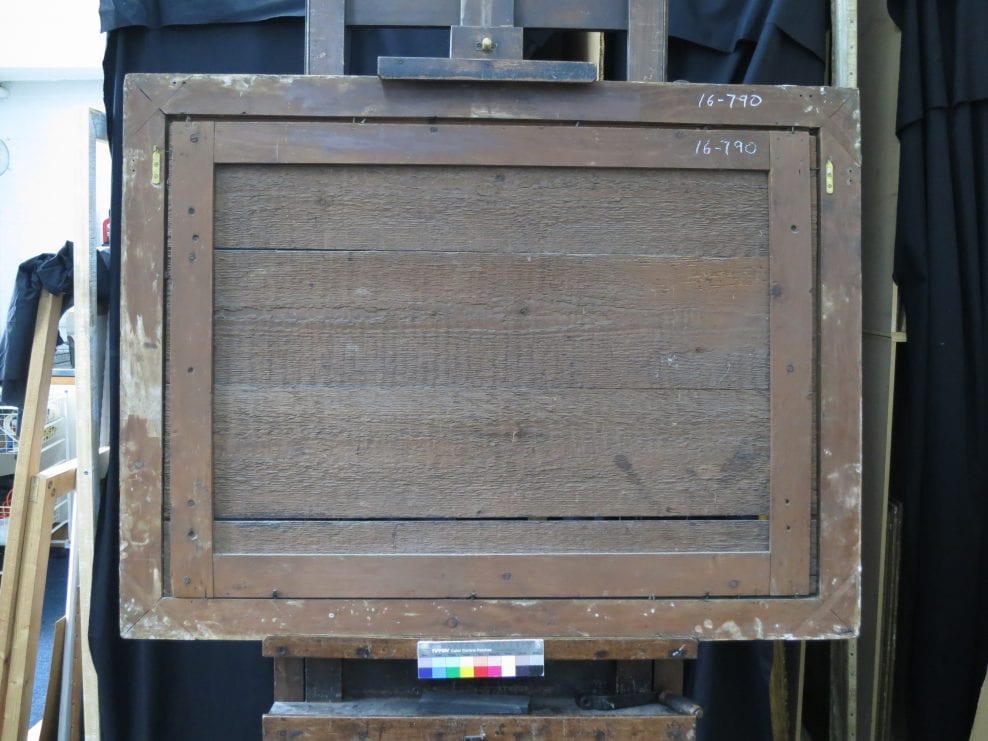 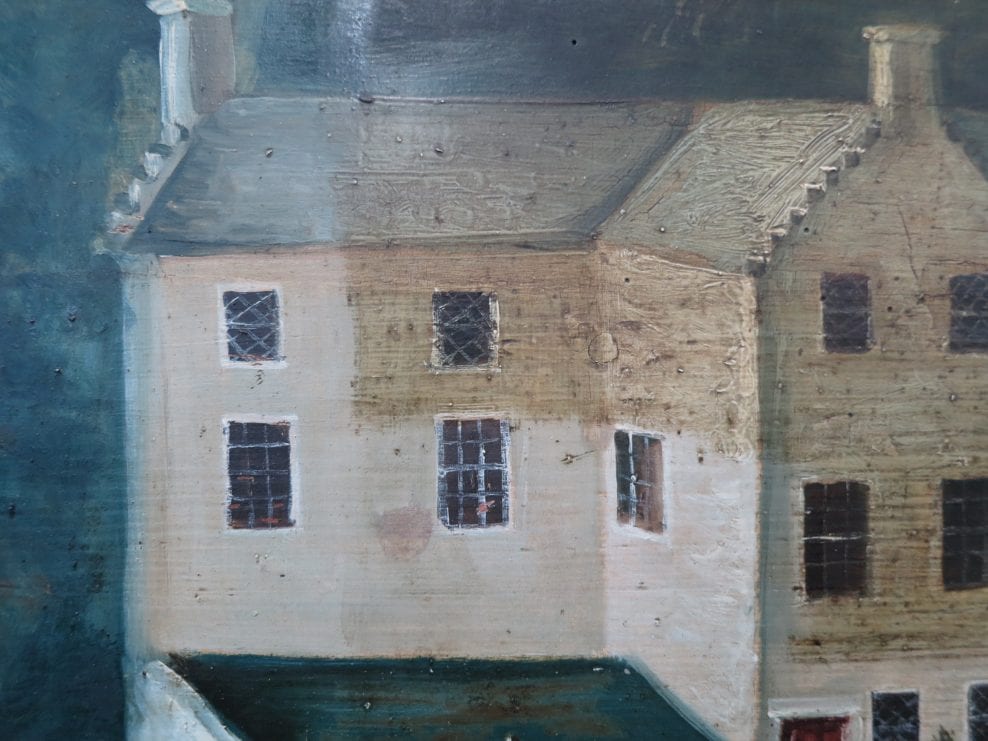 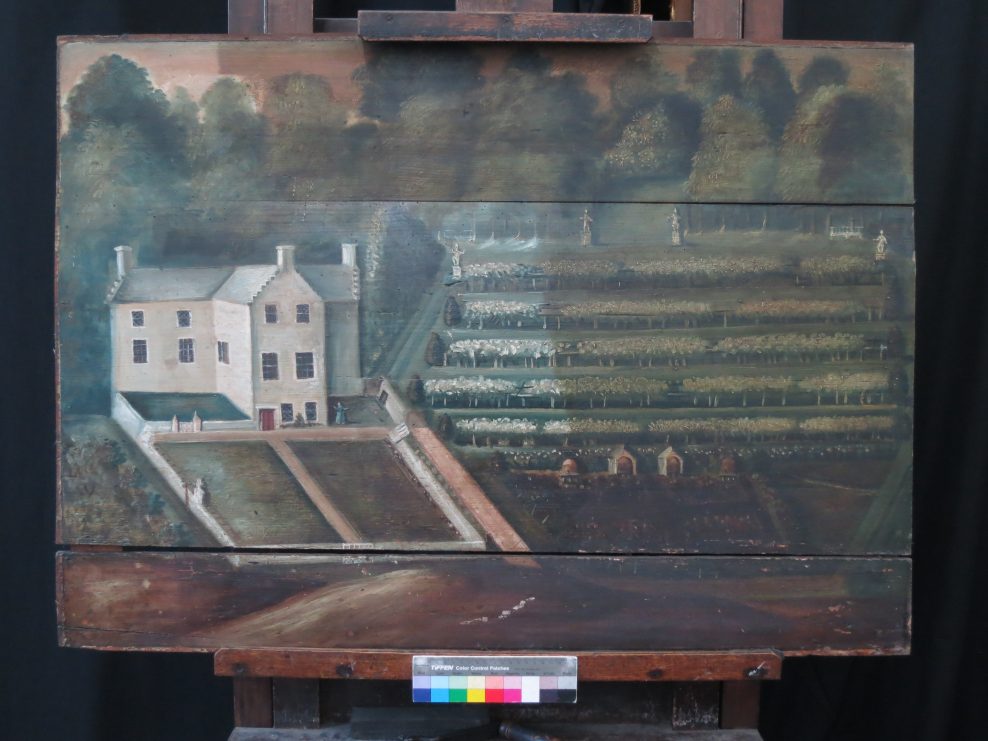 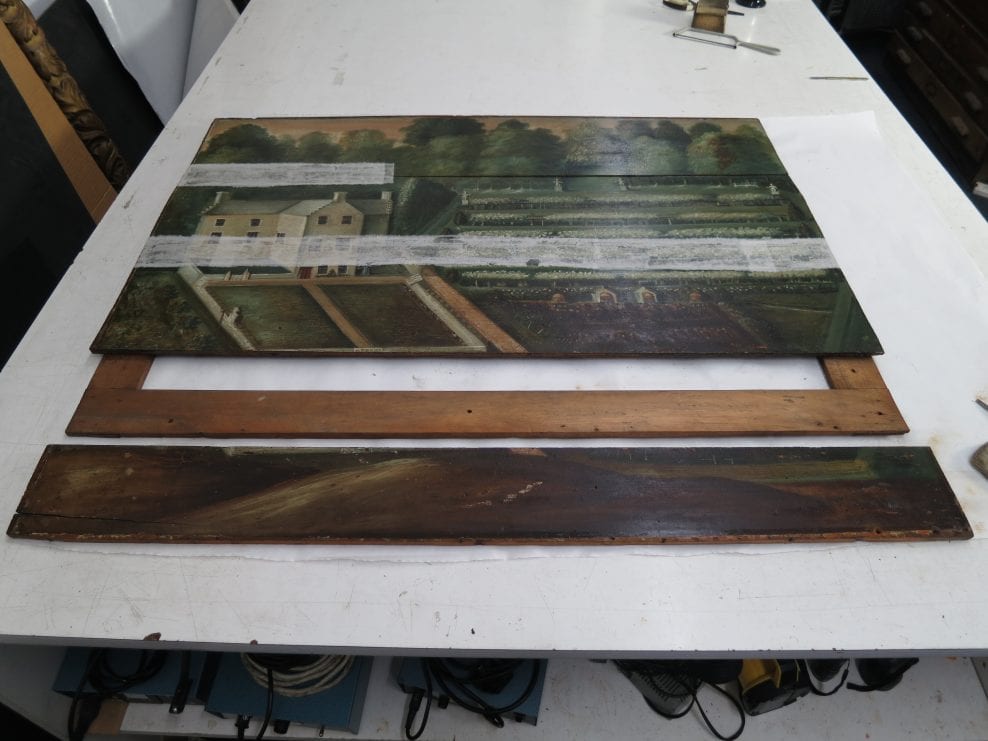 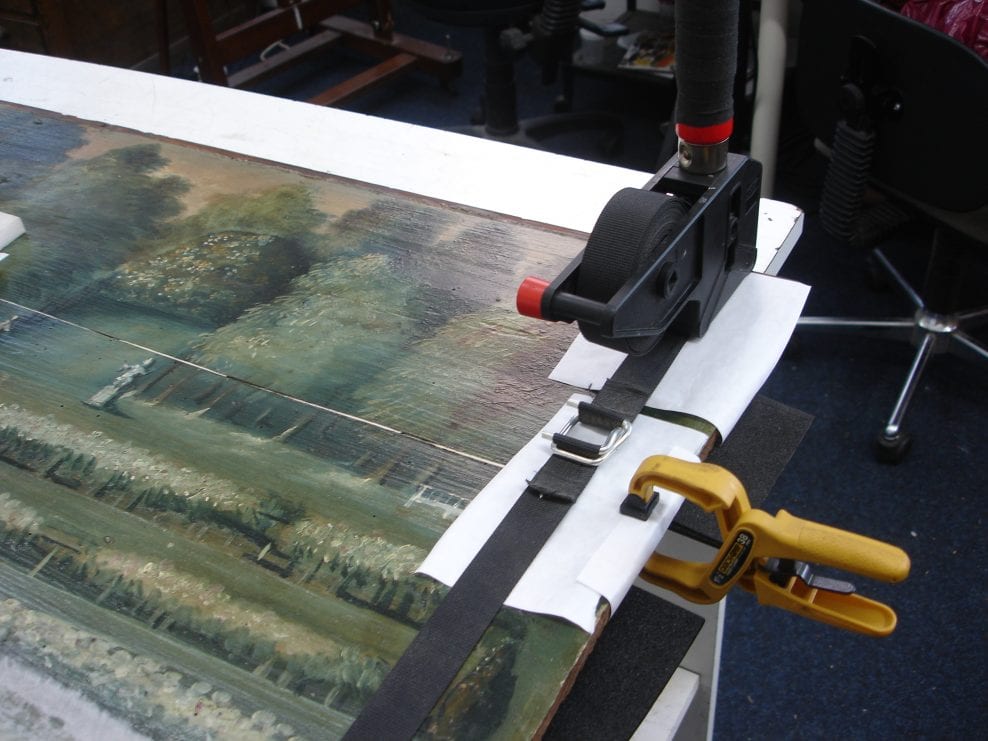 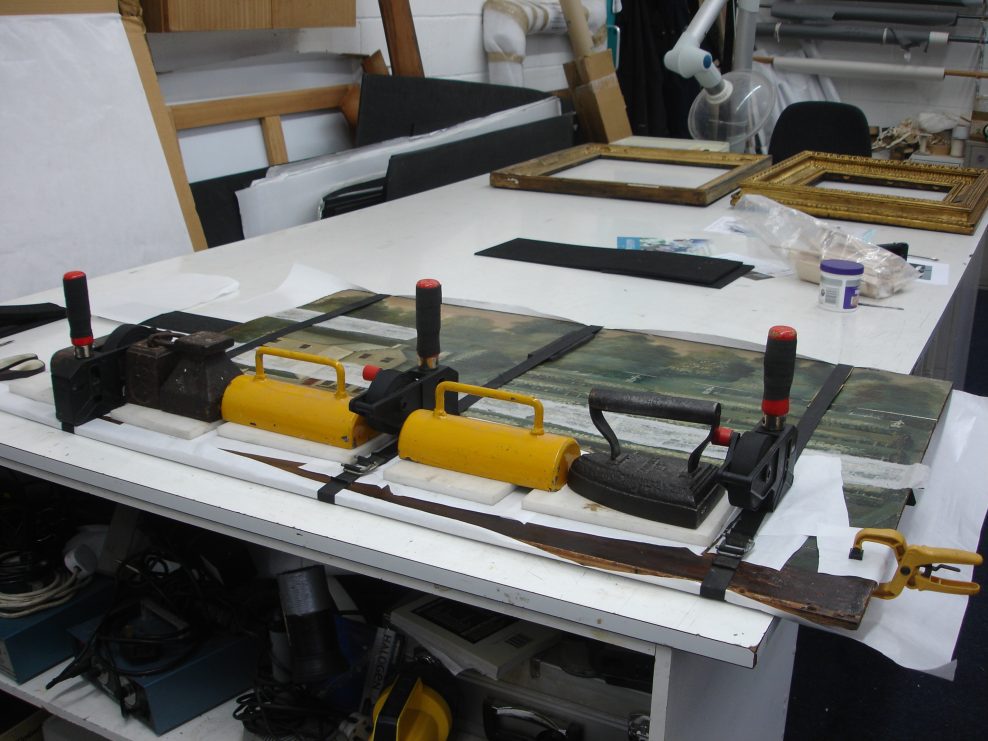 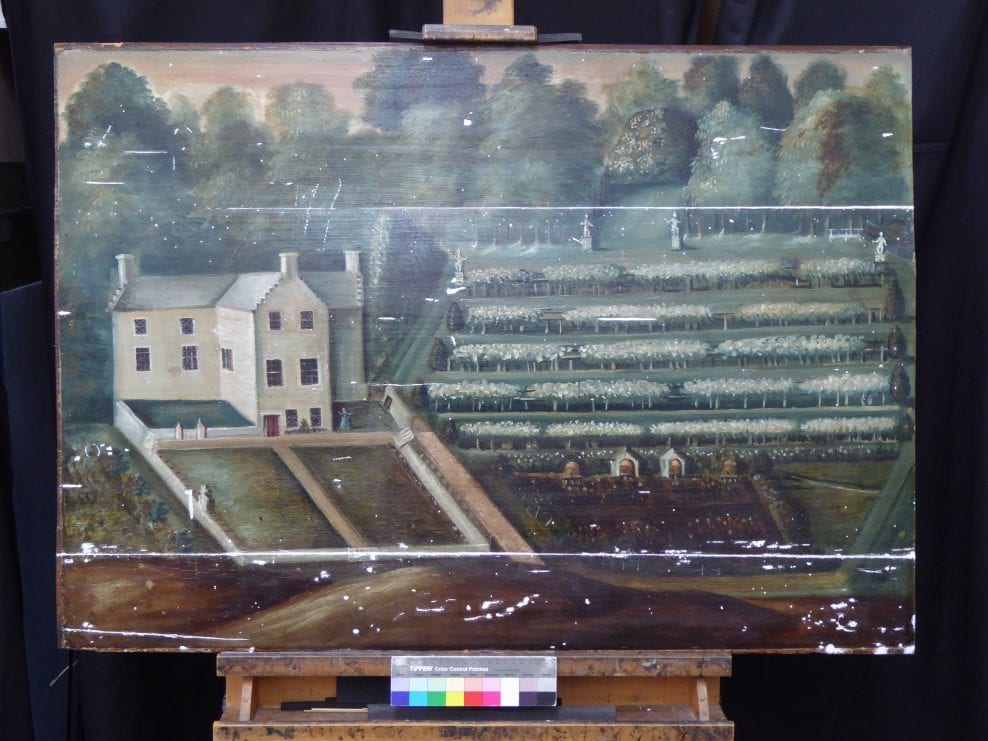 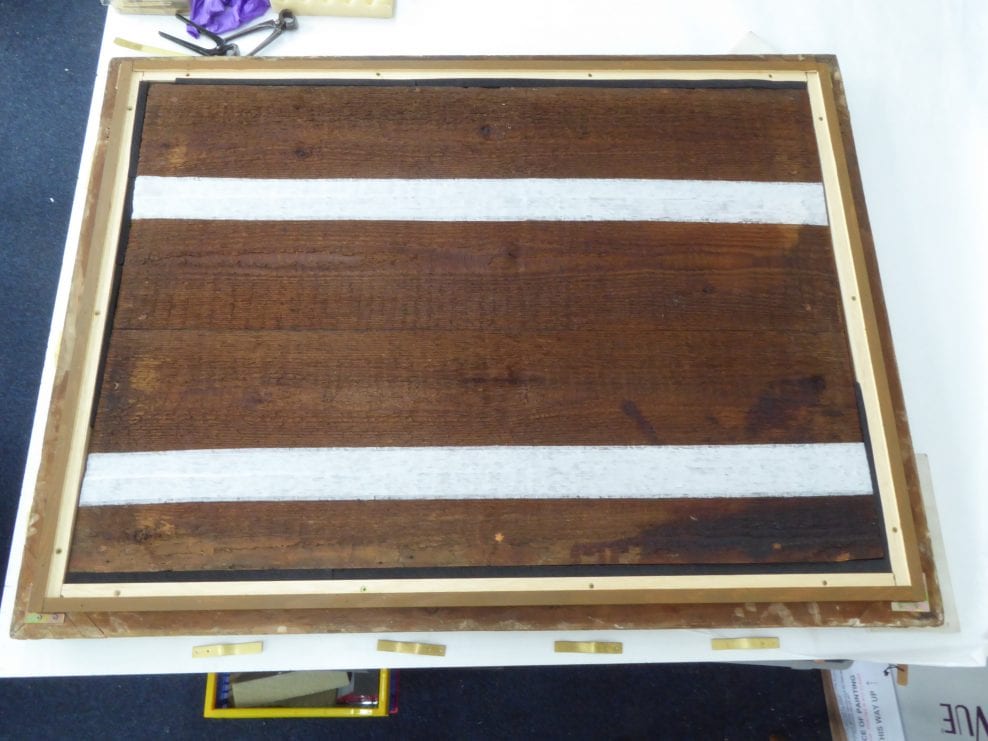 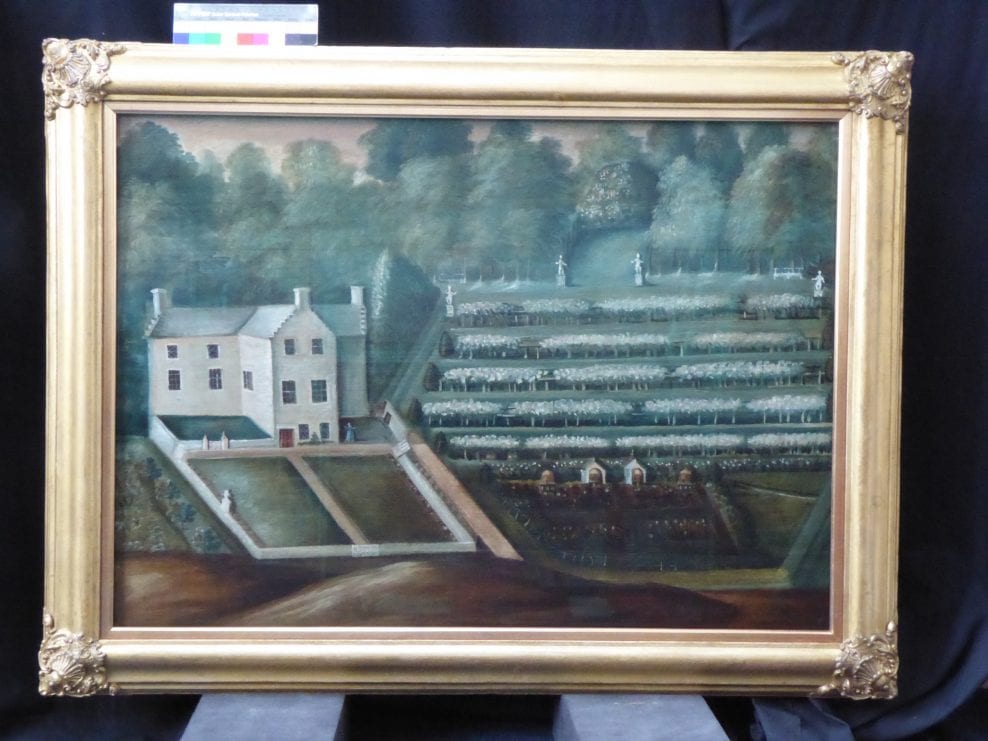