A pair of silk boots

I was commissioned to conserve a pair of calf length silk boots. The work came through a third party which presented challenges in communicating information within a tight timescale, dictated by the client. Ethical consideration were a priority and were at the forefront when considering the treatment. I considered and questioned the level of crease and soil removal, as well as the level interventive treatment. I drew on my experience of working at the British Museum when proposing the conservation treatment, taking into consideration the ethnographic nature of the objects and the ethical challenges posed.

Assessment: The initial estimates for the work were carried out from photographs. I made sure that my estimates clearly stated that all information was provisional and that the objects would be reassessed when they reached the studio. Any difference in the estimate proposal were represented to the client before work began. Upon arrival at the studio it was clear that the boots were very fragile with areas of creasing, split silk and heavy soiling, which was particularly intense on the inside. Both boots had been flattened and therefore it was hard to see their true shape. New estimates and proposals were drawn up to reflect this and sent to the client and agreed before work began.

Options and considerations: Ethical consideration was a major driving force of this project. Internal mounts would be needed to show and support the boots in their correct form, whilst retaining as much of the original evidence of use as possible. To do this I had to slowly humidify the boots, taking care to reduce any hard crease lines, but to not interfere with any creasing that may have been the result of use. Any soiling or fragments that were removed from the boots were retained for future analysis, which may give a clue, to the origin of the object. The soiling was retained in sample bags which were secured to the mount to insure they remained with the object. Due to the fragility of the boots, provision for minimal handing was an important factor to consider. The client had requested that the objects be displayed standing up, however the overall support of the boots would be compromised. I therefore recommended a display board that could be used for both storage and display. This option would also reduce handling.

Conservation Measures: During treatment, it became clear that it would not be possible to remove all the soiling from the inside of the boots, due to the fragmented state of the lining. Whilst I felt it was important to remove the soiling, to avoid it being driven into the fibres during humidification. I felt that the benefits of the removal of storage creasing, which could lead to splitting of the silk, outweighed the impact of the remaining soiling. Without this treatment the hard creases caused from storage would remain and these over time would result in splitting of the silk. It would also not be possible to support the boots correctly without humidification, as the insertion and correct shaping of internal supports would be problematic. The internal supports were designed in sections so that they could be easily inserted. I took the decision to cover the inserts with polyester fabric and use polyester threads though out the treatment. I made these decisions to ensure the conservation work was identifiable. The use of polyester also provided a smooth slippery surface for the inserts.

The client was kept informed by letter at all stages with regular clear updates via my client contact and all changes from the original estimate were agreed in writing before treatment commenced.  Photographic and written records were maintained and  advice given regarding storage, display and environmental requirements for optimum future care. 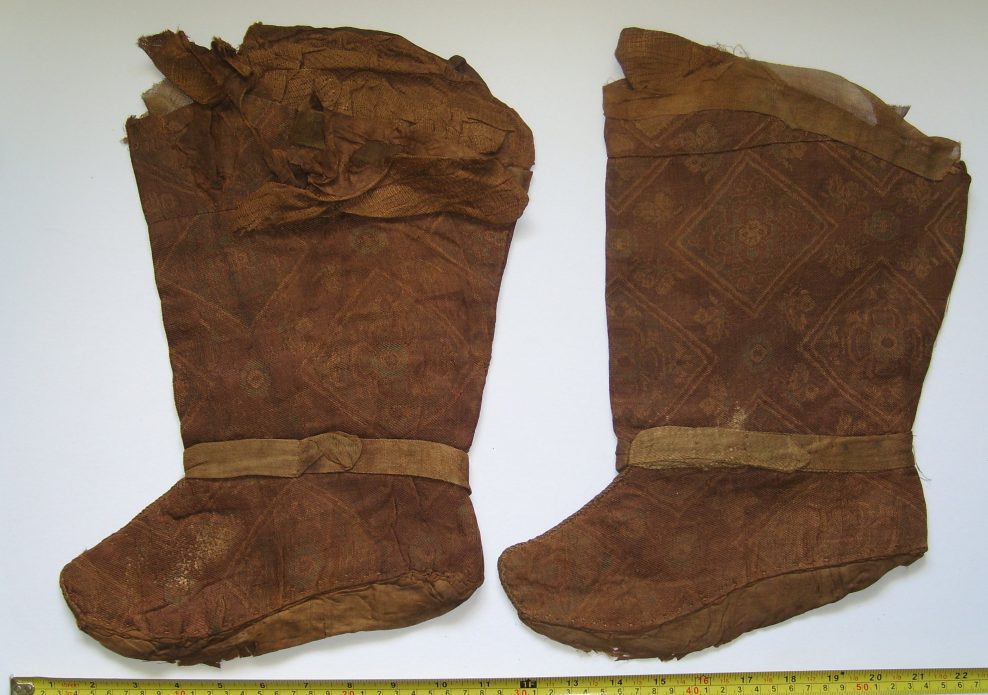 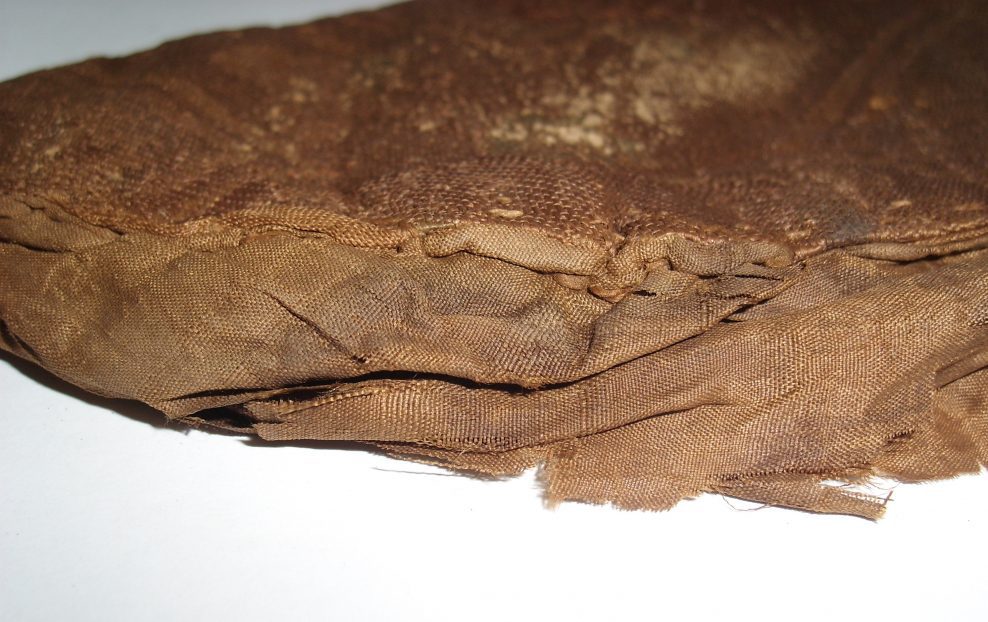 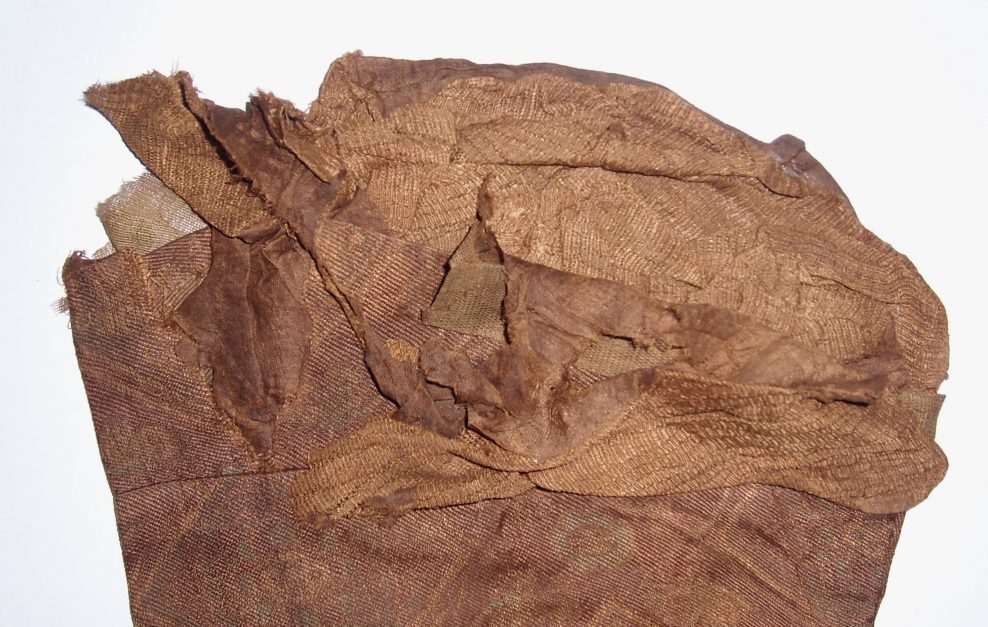 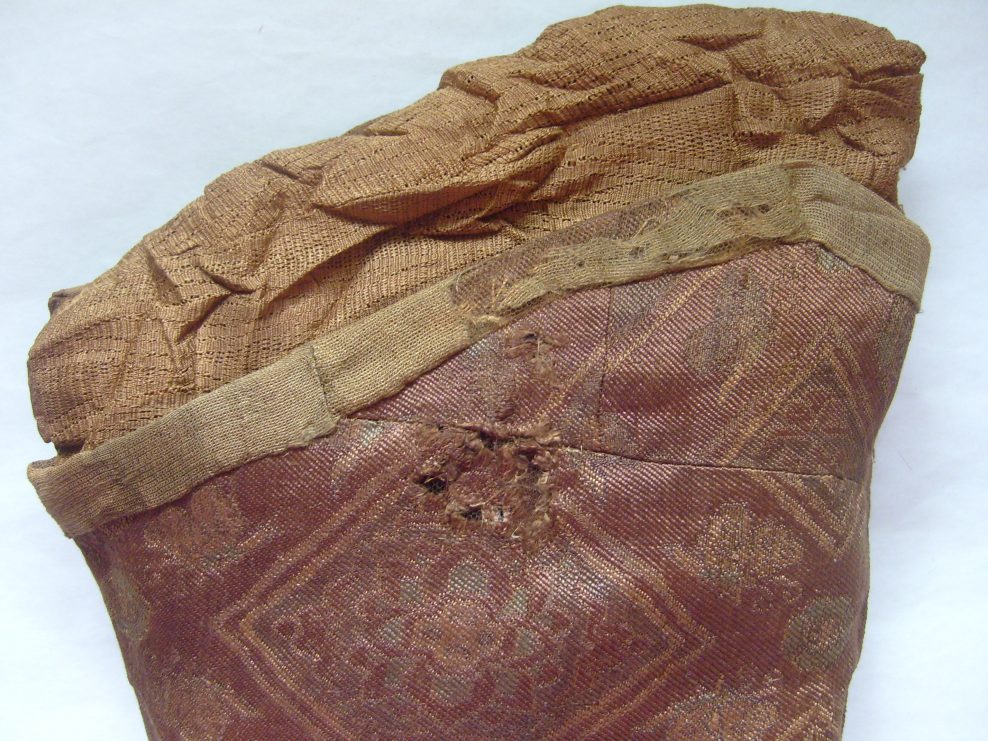 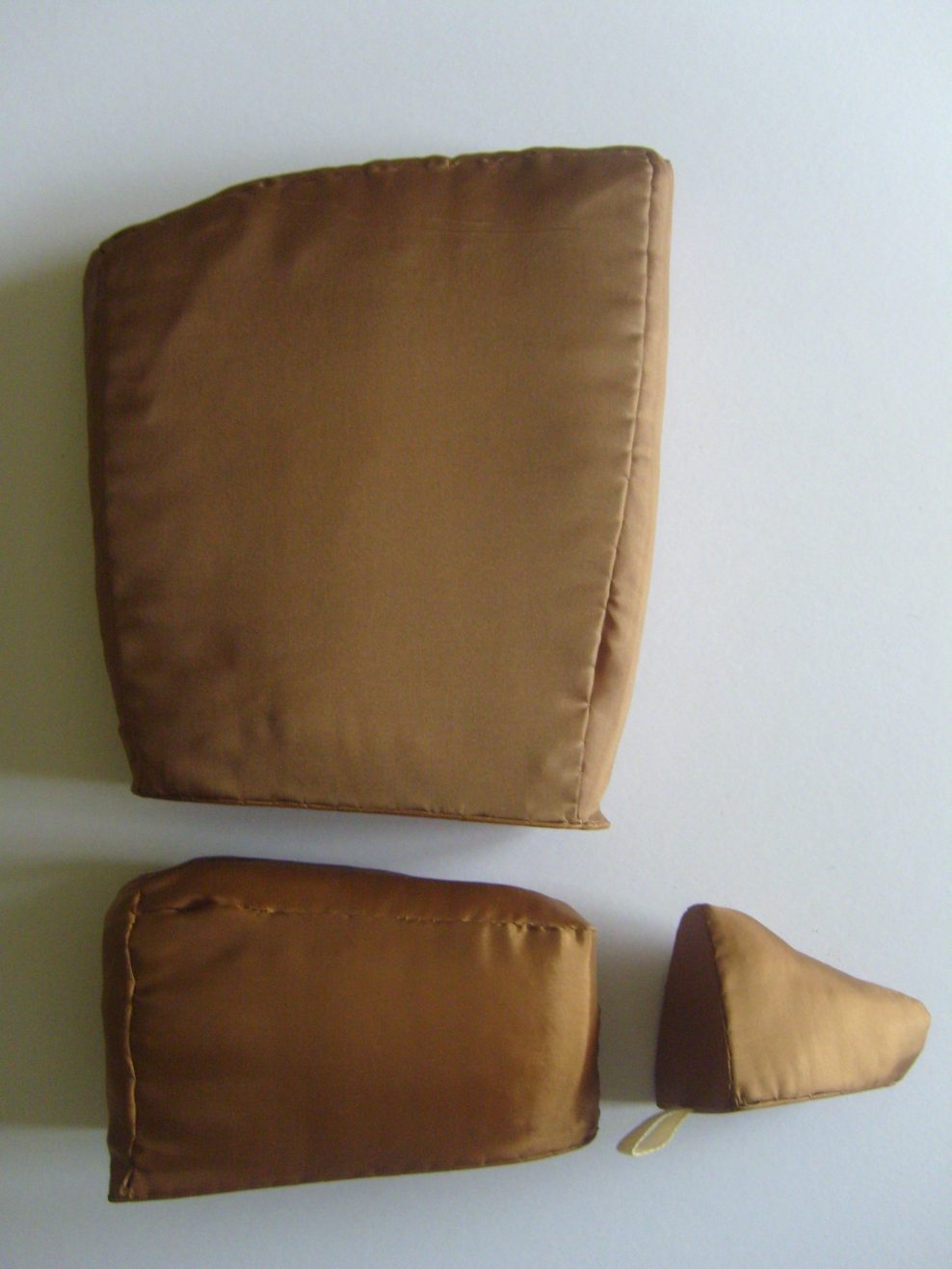 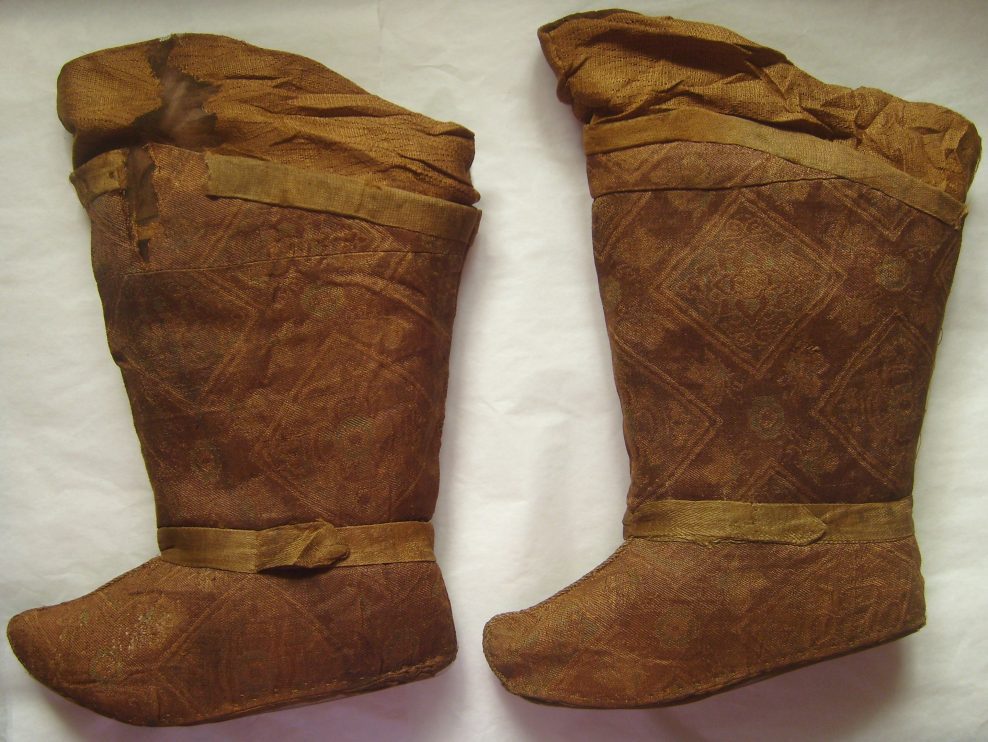