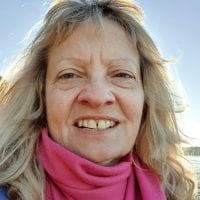 I am an accredited paper and photographic conservator and consultant. I manage my own practice, carrying out an extensive range of conservation work on individual items and collections of photographs. I also conduct conservation surveys of collections and give practical advice on suitable environmental, storage and display conditions. I can advise about preparation of photographs for digitisation. I provide training and lectures on photographic conservation and have considerable experience teaching at all levels. I pride myself on being approachable and giving practical, understandable and affordable advice.

I qualified in paper conservation at Camberwell School of Art and Craft in London in 1985. Subsequently, I was the conservator for a collection of approximately 20 million photographs at the BBC Hulton Picture Library (now Getty Images). In 1990, I became a freelance paper and photograph conservator and consultant and I was accredited in 2000.

In 1996 I won the Museums and Galleries Commission Jerwood Conservation Award for Research and Innovation for my work on wet collodion positives. This work was later published in a paper in 1998 in Studies in Conservation, the Journal of the International Institute for Conservation of Historic and Artistic Works. In 1998, I was the Conference Organiser and Preprint Editor for the international conference “Care of Photographic, Moving Image and Sound Collections”, part of the Arts Council Year of Photography and the Electronic Image. I have been the Conservator for the Collaborative Research Project between the National Science and Media Museum and the Getty Conservation Institute (USA) looking at the characteristics of different photographic processes and also the Conservator for the Nicéphore Niépce project at the National Science and Media Museum. In 2013 I was the main tutor for the Foundation of the American Institute of Conservation collaborative workshop “Conservation of Glass in Photography” at the J. Paul Getty Museum, Los Angeles. In 2016, I gave workshops on the conservation of glass in photography for the Australian Institute for the Conservation of Cultural Material at the National Gallery of Australia and New Zealand Conservators of Cultural Materials at the National Library of New Zealand. I was a Honorary Teaching Fellow at the University of Dundee from 2014 to 2017 and regularly give training seminars at the British Library for West Dean College and for other heritage organisations.

I continue to keep my own skills up to date by attending meetings and courses on a variety of topics.

Prior to my studies and work in conservation, I worked as Assistant Scientific Officer for the Institute of Terrestrial Ecology and continue to maintain my interest in biology. My final year project at Camberwell School of Art and Craft was in the conservation of dried herbarium specimens for the Royal Botanic Gardens, Kew which was written up in 1986 in a paper for Taxon, the Journal of Plant Taxonomy.

I have known Susie Clark ACR in a professional capacity for over 20 years, as a leader in the field of photographic materials conservation in the U.K. Susie has regularly been contracted to carry out a wide range of work for the National Trust throughout this time including advisory work, training, preventive and remedial conservation. Susie always works in a thoroughly professional and ethical manner, and is a valuable source of help and support to National Trust properties.

I have known Susie Clark for over a decade, commissioning her to undertake a variety of projects in a professional capacity. She is a leading professional in the field of photographic conservation in the UK.

Susie undertook a wide range of commissions for the Henry Moore Institute (where I was Sculpture Archivist from 2008-2018). She was contracted to undertake conservation treatments, deliver condition assessment training and offer expert advice. Her work with the Institute’s Archive of Sculptors’ Papers has been pivotal in ensuring the long term care and preservation of photographic materials meet the highest of standards.

The National Science and Media Museum has a longstanding and highly successful history of working with Susie. She has undertaken surveys, condition reports and conservation commissions. Susie was lead conservator for the joint research project with the Getty Conservation Institute, identifying photographic processes. This was followed by the Niépce project to document all available information about these earliest photographs in the world.

Susie is an invaluable source of professional help and advice in all aspects of caring for and managing photographic materials.