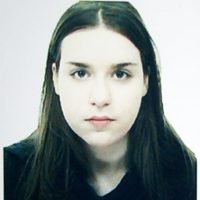 Elena Nepoti Phd, ACR – I am an accredited motion picture & film conservator, with over fifteen years’ experience in three FIAF-affiliated film archives – the Film Archive of Bologna (Italy), the National Museum of Cinema of Turin (Italy) and the Imperial War Museums (UK). During this time I have worked on a diverse range of film restorations projects and objects, including silent film reels, small film gauges, photographs and videotapes. I have recently joined the British Film Institute (UK) as Film conservation manager.

I studied silent cinema and film restoration theory at the University of Bologna (Italy) and my PhD thesis on the history of silent Italian cinema was published in two books "Storia del cinema muto a Bologna" (2018) and "Alfredo Testoni e il cinema muto italiano" (2019).

Since 2020, I have been a member of the jury of the Film Restoration & Preservation Award organised by the Federation of Commercial Audiovisual Libraries (FOCAL).